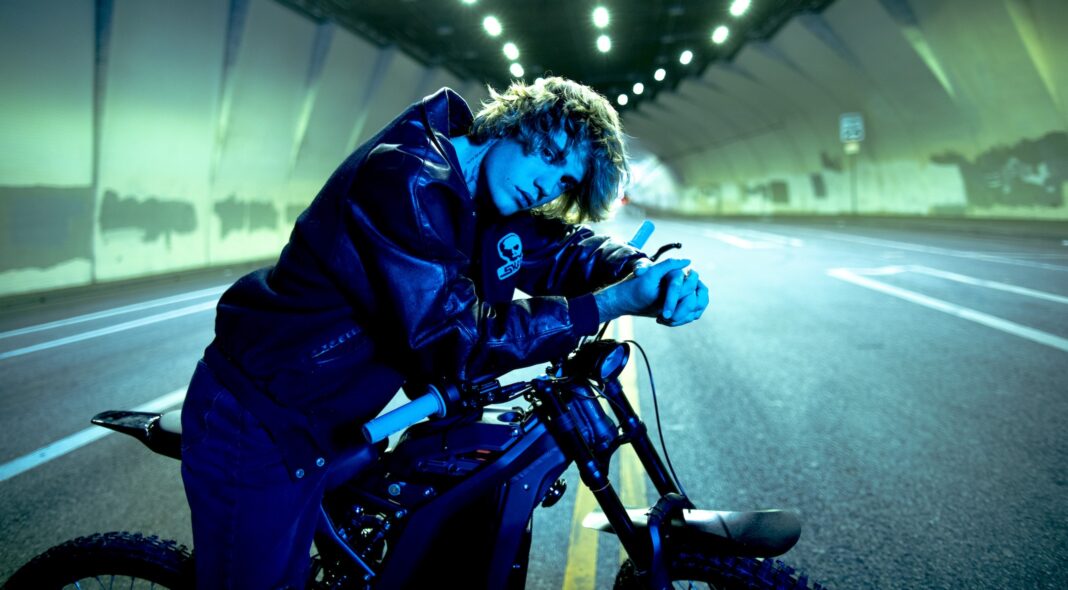 Justin Bieber is pop’s Goldilocks. Too ubiquitous, too reluctant; too messed-up, too devout; too mainstream, too R&B – his 2015 album ‘Purpose’ rode the EDM wave to huge success, but Bieber’s voice sounded more at home on 2014’s R&B ‘Journals’ and the mid-tempo comfort ground of last year’s ‘Changes’. In his thirteen years as a star he’s bounced between indulging his fans and indulging himself, forever in search of a sound that’s just right.

‘Justice’, Bieber’s sixth album, follows a run of singles that sound like pleas from a lost person: ‘Holy’, ‘Lonely’, ‘Anyone’, ‘Hold On’. Well into his second decade of fame – practically middle-aged in terms of career – Bieber’s not quite the colossal popstar he once was, and not the R&B star he longs to be. “I’ve had everything / but no one’s listening,” he sings on sympathy grab ‘Lonely’. On one hand, Bieber’s still a superstar by any measure, with a level of fame that distorts success and magnifies attention: millions will listen. On the other hand, plundered by the music industry from a young age, you can sort of forgive his troubled persona.

For most of his career, it’s not been Goldilocks and the Three Bears, but Goldilocks and Poo Bear, Bieber’s most-favoured songwriter. But ‘Justice’ brings back big names like Benny Blanco and Skrillex, who produces three tracks, as well as a litany of guests including Burna Boy, Dominic Fike, Chance the Rapper, Giveon and Daniel Caesar.

The result is a far more user-friendly record than ‘Changes’. The rolling beat of second track ‘Deserve You’ hints at the big pop sound expanded upon in the record’s second half. Bieber dips into the eighties revivalist trend, from the Weeknd-style contagion of ‘Die For You’ and the cascading INXS-style guitar of ‘Somebody’, to synthy ‘Hold On’, which also samples Gotye’s ‘Somebody That I Used To Know’.

Bieber says the album and its title were influenced by last summer’s George Floyd protests: “This is me doing a small part. My part.” Lyrically he’s doing an extremely small – borderline invisible – part, singing mostly about himself. But the music video to latest single ‘Peaches’ pays tribute to west coast hip-hop, while the album’s collaborations champion the best of Black talent – including, that is, Martin Luther King Jr, whose voice opens the album with his famous line, “Injustice anywhere is a threat to justice everywhere”.

There’s something jarring about seeing MLK credited as a writer on a Bieber album. Not to mention the shoehorned ‘MLK Interlude’: inserted midway through an album concerned with marital bliss and Bieber’s mental health, the clip of the activist precedes a song about how Bieber would die for his wife Hailey. It takes real effort not to read MLK’s misplaced inclusion as almighty political pandering.

‘Justice’ breaks no ground – certainly not politically, nor musically, though its poppier lean and talented team of collaborators will win back some listeners lost to ‘Changes’. Justin Bieber may be destined to drift back and forth from reluctant popstar to R&B wannabe: band-wagoning aside, ‘Justice’ finds him spooning down a big bland bowl of in-between.