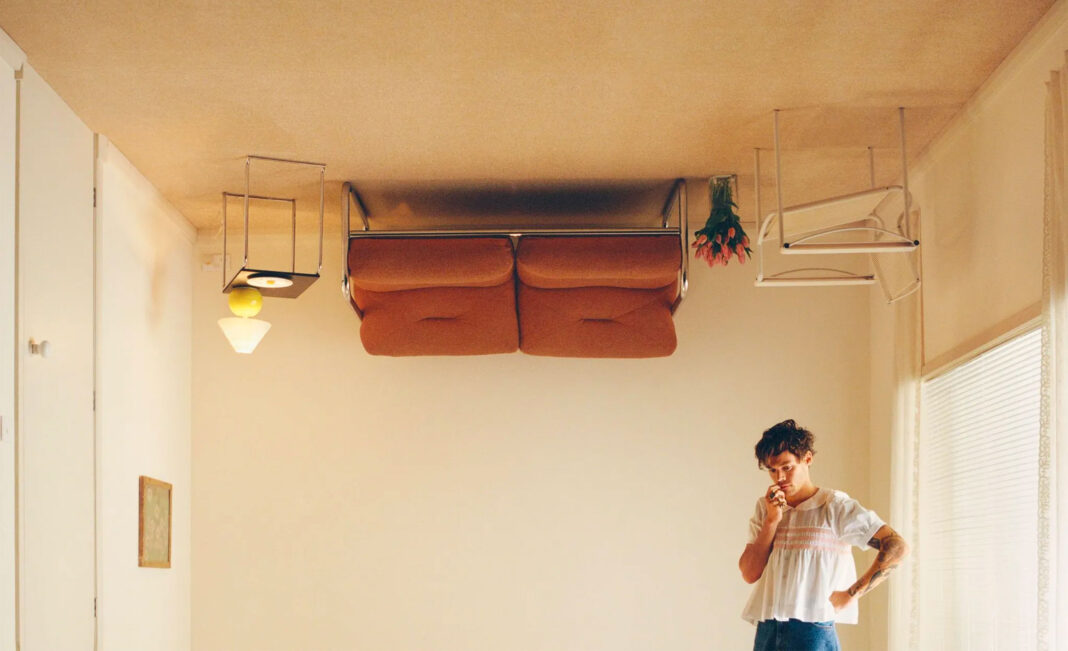 “Men Are Trash”, Harry Styles proclaimed on stage at this year’s Coachella before debuting a new song.

“Boyfriends, they think you’re so easy/ They take you for granted”, crooned Styles over Laurel Canyon acoustic guitar on ‘Boyfriends’. It was an early glimpse of the more muted side of ‘Harry’s House’: his third solo album.

Saying and singing things like this is what makes Styles so beloved. Aware, both of his boyband past – which undoubtedly involved some top shagging – and our post-#MeToo world, he is the impossibly beautiful nice boy who has matured into a respectful adult, acknowledging the fluidity of gender by painting his nails and performing in a sequinned onesie, while still remaining a hetero heartthrob, in its most classical sense.

When it comes to his solo music, Styles has been granted the space to create what he wants, record label bosses recognising that when you match his jawline with 2022 morals and a fervent boyband fanbase, you can’t go too wrong.

To date, though, what Harry has wanted to create is MOR indie-pop: very well-loved MOR indie pop, but nothing that felt bold or particularly interesting; tracks that Pitchfork once said “sound like good music”.

For the first time since his teenage years, the pandemic afforded Styles some time off to reflect on his life, relationships and artistry. ‘Harry’s House’ is undoubtedly his best work to date. Drawing on the euphoric pop of ‘Watermelon Sugar’ and ‘Golden’, the album is a blend of love songs that meander through the songbooks of the past – the bombast of Huey Lewis & The News [‘Music For A Sushi Restaurant], disco dancefloors [‘Late Night Talking’] and the songwriting of 70s California [‘Matilda’, ‘Boyfriends’].

This album is the sound of Styles on a journey into adulthood – not the adulthood you think you’re living in your early twenties, but the real kind, the one that comes when you have your priorities straight. There’s a healthy dose of self-reflection along with the sense that we’re hearing a man more at peace than he’s been for some time.

Sonically, thank God, we’ve left ‘Sign Of The Times’ era far between and Styles’ former desire to channel has-been rockers like Rod Stewart. The tracks on ‘Harry’s House’ are sensitive, but stick to well-trodden themes; kindly memories of loves lost as on ‘Little Freak’ (did we mention he’s a good guy?) and titillatingly, for the fans who are desperate for a peek into his personal life, presumed dedications to his current amor Olivia Wilde, on ‘Cinema’ and ‘Love of My Life’.

Has Harry, in his no-doubt-very-lovely house, made a pop album for the ages? Possibly not. But it’s a record about growth and there’s plenty of that here. Carry on this way, and in one or two albums’ time, we might get something quite special. We’re certainly rooting for him.