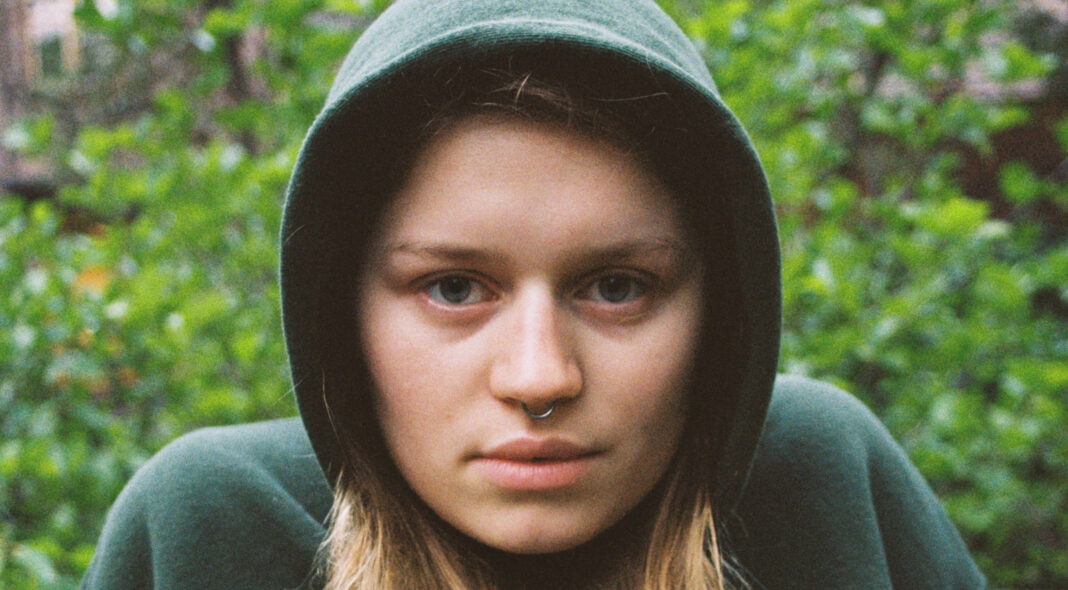 As Girl In Red journeys closer to indie-pop greatness, it’s difficult not to relish in the artist’s distinguished tone as a breakout aesthete. Following the likes of Billie Eilish and Post Malone, Marie Ulven was plucked from the height of Soundcloud and quickly rose as a front bearer of the bedroom pop movement. On this, her debut record, Ulven unspools her thoughts and shares her anxieties for all to see: “Dig deep, can’t hide / From the corners of my mind / I’m terrified of what’s inside”.

Since early 2018, Ulven has been one to watch, churning out wall-to-wall low-fi hits while still studying for school exams. After stints of online virality, confessionally singing about her sexuality and state of mental health, Ulven quickly established a dedicated queer-led following and, shortly after, signed with AWAL in 2019. ‘if i could make it go quiet’ is testament to that well-matched partnership. The debut record rages forward with a choppy mix of bangers and deeply relatable anthems showcasing the 22-year-old’s talent to blend emotional vulnerability with ear-catching hooks that stick with you.

Ulven’s matured sound confidently treads back into the familiar territories. Couched in moments of wayward frustration or unflinching unease, the singer opens up, offering transparency at every corner. A formidable opener, ‘Serotonin’, a wonderfully rowdy, anthemic opener produced by Billie Eilish’s brother Finneas, is a seemingly buoyant single capturing Ulven’s layered relationship with sanity: “I get / Intrusive thoughts / Like burning my hair off / Like hurting somebody I love / Like does it ever really stop?”.

The album continues to open up as the genre-bending ‘Body and Mind’ digs into existentialist thought of mental fatigue and darkness as an exhausted Ulven seeks out a solution as she, admittedly, reaches a breaking point – “I cannot live like this no more / feeling a lifetime with remorse”. A daringly bleak look at the singer’s mind, the record shifts a gear easing back and trades mental anguish for a diaristic track trembling with sexual desire and desperation in ‘hornylovesickness’. Built on playful twanging backbeats, Ulven faces the emotional fallout of a relationship gone wrong.

‘If i could make it go quiet’ is not always downbeat. Bold and brazen lyrics smash through a tamed atmosphere as the album recovers its buzzing sound. “You stupid bitch can’t you see / The perfect one for you is me”, Ulven energetically chants on ‘You Stupid Bitch’ shaking away any fears of toned down, slow-moving pace.

A striking complication of colour and coming-of-age, Ulven, almost single-handedly, pulls off a near-faultless record. Unafraid of her own image, the artist wistfully ponders nightmarish realities – “I could die here and nobody would know,” she speculates on ‘Apartment 402’. While ‘I’ll Call You Mine’ captures the romance and quaint playfulness of older songs that sought Girl In Red from the rest of the crowd. Endearing lines of queer love imitate a distant youthful likeness of Taylor Swift’s ‘Our Song’ through Ulven’s breathy vocals and catchy chorus. The singer steps back from the daydream and closes out with the short-lived orchestral outro, ‘it would feel like this’; a direct response to the album’s title if i could make it go quiet. Intentionally placed, the final song offers solace from the fizzing mania of previous tracks. Ulven washes away the raw, scratchy indentations of struggle and personal difficulties and, instead, flushes out the noise in a hopeful, cinematic ending.

‘if i could could make it go quiet’ is an unrelenting, deeply thoughtful debut record reaffirming Girl In Red’s reputation as an unstoppable pop icon.

READ OUR INTERVIEW WITH GIRL IN RED