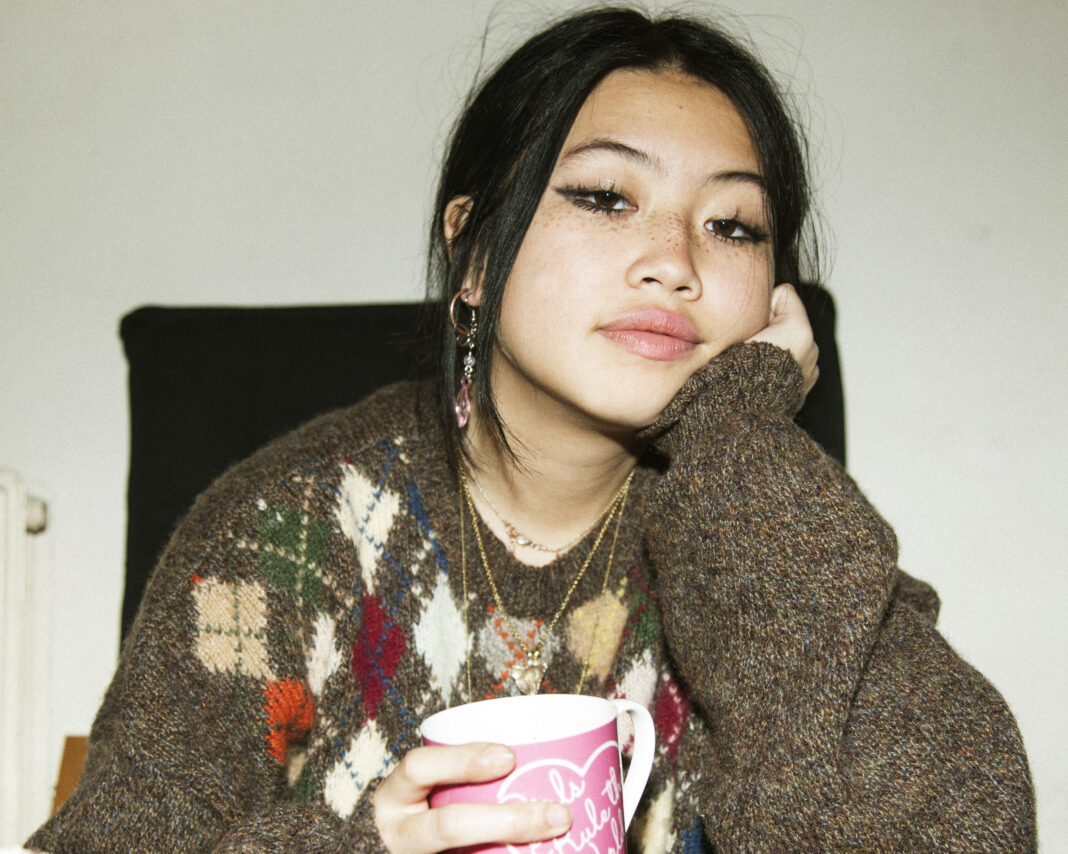 What makes a movement? It’s no secret that all great genres are forged from hardship, and a political or social challenge can often inspire the most imaginative of art. Hip-Hop gave voice to black communities when they felt most at threat; punk challenged British authoritarianism run amok. Even Nu Rave, fleeting as it was, felt like a breath of fresh air in the wake of indie landfill’s blokey expanse. As Coronavirus becomes the new normal, where can we look for the next big shift? It might be closer to home than you think…

Defining bedroom pop is a slippery entity. As journalistic shorthand, it’s been flung around for decades as a flattering way to dress up homespun demos and slacker aesthetics, recalling middle-aged white men noodling aimlessly for their ‘art’. Although the genre is often referred to as lo-fi, its essence is often much more than that – it’s an ability to create intimacy with minimal equipment, sculpting wonky, imperfect soundscapes of gentle, dreamy ambience without tipping into elevator territory. Its midwestern emo without the thrashing; Soundcloud rap without the braggadocio. Putting its makers in charge of its marketing, it allows musicians to wander through genres at will, tasked only with creating something that feels affecting and personal.

A DIY approach to music making is nothing new, but in looking to Generation Z, bedroom pop really gets its wings. Raised to understand their identities as multiple and ever-evolving, bedroom popstars are crossing over to commercial territories, owning their vulnerabilities with a self-deprecation and sincerity only really possible amongst an age range for whom sharing intimate expression on the internet is completely normal.

Slowly but surely, bedroom pop is not a sign of ill-equipment but of quiet ambition. In sampling Beabadobee, 21-year-old Canadian Powfu has been residing comfortably in the singles charts with sleepy rap hit ‘death bed’ for the last 13 weeks, boosted by its viral success on Tik-Tok. Having spent years uploading vlogs and original music to YouTube, singer-songwriter Conan Gray has racked up over 1.9 million subscribers, drawn to his confessional tales of lonely suburbia and heartache which he delivers in near-whispered vocal tones. Rex Orange County’s appeal gave him three sold-out nights at Brixton Academy and a co-sign from Tyler The Creator, while Clairo’s ‘Immunity’ got chalked up as one of the best records of 2019 in numerous highbrow publications round-up lists. From Gus Dapperton to Girl in Red, Pizzagirl to Postcard Boy, the movement is making stars of artists who might otherwise has slipped through the net, too strange or unassuming for the traditional pop machine. Perhaps you may have heard of a young artist named Billie Eilish? It appears her early at-home musical experiments with brother Finneas have served her quite well…

To dismiss bedroom pop as merely another flash in the pan is to disregard the power it has to elevate marginalised voices. The lack of gatekeepers in this self-shaped world is particularly advantageous for young artists of colour or non-binary identity, resisting boundaries faster than the music industry can keep up. Simply plug in (or don’t), play, and upload to YouTube, Soundcloud or Tik-Tok. Cheap laptops and battered acoustic guitars will do – heck, they might even be better. Your people will find you, because they’re just like you – young, bored, and trying to carve out their own sense of identity via the internet.

At a time where we’re all confined to our own spaces, bedroom pop has never looked healthier. It’s not an overstatement to say that in many ways, it’s the soundtrack of lockdown – your jaunt to Tom Nook’s cabin in Animal Crossing, the ‘chill vibes’ channel you put on to get to sleep, the yoga session you follow along with on YouTube. As we all stare longingly out of our collective bedroom windows, it’s a sign that powerful worlds can be built right within our four walls. Life doesn’t appear to be getting back to ‘normal’ any time soon, so pull up that duvet – staying home is the new going out.

BEDROOM ACTS WORTH STAYING HOME FOR

If you turned up early to the 1975’s last UK tour, you might already be familiar with Beabadoobee. Fast making a name as the runaway success of the movement, the Filipino-British singer-songwriter racked up appearances on both the 2020 Brit Award and BBC Sound Of…lists thanks to her penchant for Kimya-Dawson-inspired storytelling. Although newer material pays stronger homage to 90s grunge, her bedroom pop lineage always breaks through in her choruses.

Must Listen: ‘She Plays Bass’, ‘I Wish I Was Stephen Malkmus’

Having racked up four studio albums by the age of 21, Cambridgeshire’s Robbie Skinner, (aka Cavetown) certainly isn’t lacking in work ethic. Fan of a Ukelele, his endearing melodies are often simple but affecting – try listening to ‘I Miss My Mum’ under lockdown without feeling a little bit moved. Skinner is also a talented producer – he worked on fellow bedroom popstar mxmtoon’s single ‘prom dress’, which has had over 8 million streams on Spotify.

A self-confessed pupil of the third wave of emo, Arlo Parks takes lyricism surrounding mental health and growing up and puts them through a filter of woozy chill-hop, soft production crackles accentuating her delicate voice. Openly bisexual, 2019 single ‘Eugene’ is the best song written about falling in love with a mate who doesn’t fancy you back since Taylor Swift’s ‘You Belong With Me’.

Must Listen: ‘Hydrocodone’, ‘Bossa No Sé’

Although she might describe herself as synth-pop, Winnipeg soloist Felicia Sekundiak has plenty in common with the bedroom pop movement. In keeping with her projects name, her music feels cathartic in its melancholy, wrapped up in coming-of-age 80’s movie motifs. ‘Next Big Thing’, a recent collaboration with atmospheric guitar group Vansire, is sure to do exactly what it says on the tin.

Must Listen: ‘Next Best Thing’, ‘Drive’