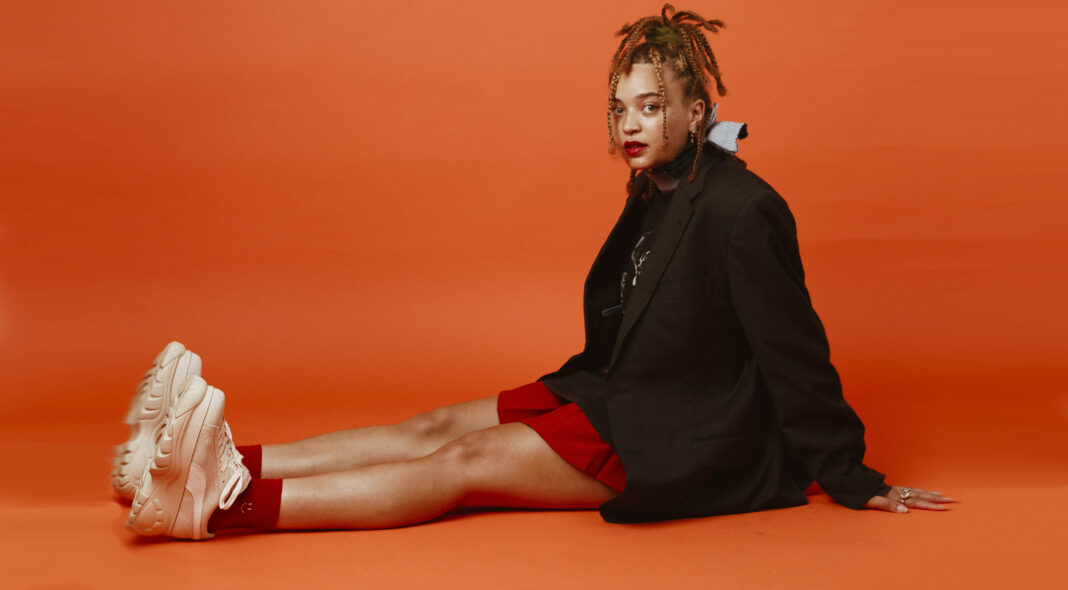 “I’m cute but I might kick you,” Connie Constance said in an interview last year. It’s a fairly apt description of her new EP ‘The Butterfly Club’ too, if you’re looking for a seven-word review. But the British musician’s first release under her own record label deserves further digging. It’s intriguing enough that she shunned a major label always putting her in an R&B box: to emerge with a fistful of unruly, spirited songs that don’t sound like they were made in a year as tough as 2020 – now we’re listening.

In swerving away from big-label management, Connie Constance, aka Constance Power (best name ever?) continues to swerve indie rock away from mouthy white lads, reshaping the genre – though unsurprisingly her music resists pigeonholing. Her debut album ‘English Rose’, title track a Jam cover, caught ears last year with its exploration of national and personal identity. “British blood ain’t all the same,” she remarked, questioning what it means to be British today. Well, if you’re a young female mixed-race British artist from Watford, it might mean growing up on a varied diet of British music, from early punk to lairy Lily Allen, escaping suburbia for dance school, dropping out to play mic nights, ensuring the gamble pays off with a strong debut record, then rejecting authority for your own record label and a fearless direction.

‘Woah’, the slow piano-led opener to ‘The Butterfly Club’, tells a part of that story. “How did the little town kid with the afro that didn’t fit in / Make all of this from their bedroom?” she wonders. “Never should have doubted dreams come true.” Autobiographical, maybe, but it’s a manifesto too, laying down the terms of her new full-blooded, self-governed style: “It feels like I could have it all.”

Structured a bit like a gig, ‘The Butterfly Club’ builds from tender, captivating opener to peppy closer ‘Costa Del Margate’ (a single which summed up summer 2020’s staycation mood). Along the way there’s a messy night “in an Irish pub in Stokey” on anti-drug song ‘James’, moments of emotional clarity – “you change but don’t change at all” – and stage chat by way of recorded scraps of conversation.

Less political, more playful and personal than ‘English Rose’, these five songs vary in tempo and genre but share that self-effacing indie drive, Constance’s low, Nilüfer Yanya-like vocals, and her to-the-point, extremely British outlook. She approached writing and recording “like I was writing my diary”. That fresh immediacy comes across in everyday lyrical detail, and in the unique mood of each song. And just when you think you’ve sussed the EP, comes a final kick: an abrupt tempo change that transforms the last verse of ‘Costa Del Margate’ into a slow, swaying reflection, through which glimmers the line, “I’m from all over but I’m here to stay”.

Though less outwardly political than previous work, ‘The Butterfly Club’ – underpinned by British music, quirks and nostalgia – reminds us what’s good about the nation, an act which feels political this year. Nothing gets in the way of Connie Constance being unashamedly herself, never squashing her aspiration into a defined box. She’s not fully untamed yet, but ‘The Butterfly Club’ is a gutsy teaser of what’s to come, leaving you willing to risk a kick to get to know her.