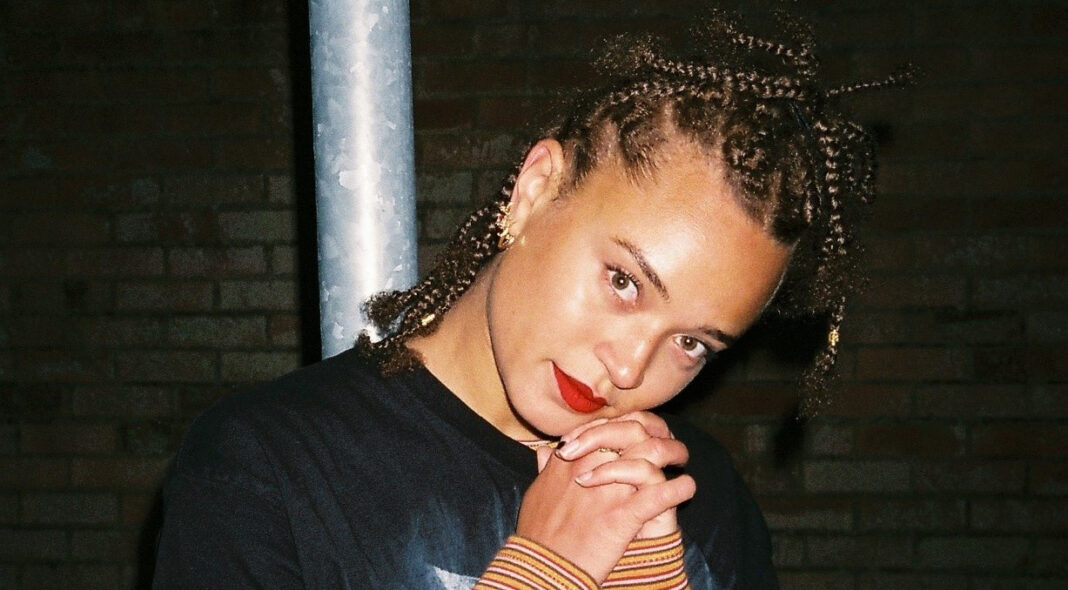 Connie Constance’s debut 2019 album, ‘English Rose’ glides from alternative hip-hop and political lyricism to melancholic indie-pop seamlessly and with purpose. Now she’s back, with two new singles under her belt; the danceable indie hit ‘Monty Python’ and, in her own words, the “anti-drug drug song”, ‘James’.

The Hertfordshire musician and label boss loves to experiment with different sounds and genres. Easily one of the most exciting new acts in the UK, you get the sense that there’s still a lot more to come from Connie Constance. We catch up over the phone and talk about the impact of Black Lives Matter on the music industry, British identity and mental health.

What was the thinking behind the video for ‘Fast Cars’?

I wanted to be what the video was talking about. I wanted to be the Marie Antoinette figure who has everything, a huge castle and fast cars. Without really saying it, it’s the idea that even if you have all of those things, you’re still going to be the same person. But also, my friends are all different races and ethnicities and I like to put us in places where we’re not usually seen. It then allows young girls who are of mixed ethnicity or Black or whatever to look at that video and go: “Oh cool, I can see myself as royalty, I can see myself as this rich person.” Although the song is essentially against that – and saying to be cool with who you are – it’s nice still to have that image.

You’ve said that Mel B was a Black person you looked up to as a child. What do you think needs to change in music so that more women and girls have positive role models? Is that something that you’re interested in becoming?

I think it would be nice to have women in different areas of music. For me, because I make more alternative music, that’s part of my goal – it creates more of a diverse image of a Black or mixed ethnicity person in music. Especially as when you look back at most music that’s ever been created, it’s been inspired by Black music. I want young people to be able to think, “Oh I don’t have to just do what a stereotype of a musician is. I can be into jazz, I can be into folk music if I want to”. I wouldn’t like to say I want to be a role model, in the sense that I’d have all the right answers, because I definitely don’t.

Black Lives Matter has finally got the world’s attention. How do you think this will affect the music industry? What would you like to see?

It needs to be about education on where musicians come from. I understand what it feels like to be in a huge corporation that doesn’t actually understand you, your life or what it’s like for a lot of us. They don’t tell you that there are people you can contact for support, outside of your managing team. You’re still left to your own devices, which would be great if there were more people we could go to like Help Musicians UK. Obviously people will say it’s about money and investment into Black artists but, for me, it’s education that needs the most focus.

READ MORE: #BLACKOUTTUESDAY STARTED THE CONVERSATION BUT THE REAL WORK TO TACKLE RACISM IN THE MUSIC INDUSTRY STARTS NOW

You explore elements of British identity on ‘Bloody British Me’ and you had your rendition of ‘English Rose’ on your debut album. Are you thinking of exploring British identity more on your next album?

It will always be something I talk about. The way I write is very documentative; I see something that happens and it inspires me. Nothing is really made up – this might have happened with a friend or someone said something I thought was hilarious. That was what ‘Bloody British Me’ was. One of my friends was just in the studio with a cup of tea and The Guardian and it was just so British. It doesn’t matter what race or person you are, there are so many traits that all British people have that are just everywhere and are so quintessentially British. I’ll always just be documenting my experiences.

Your sound is definitely changing – ‘Monty Python’ feels different. Is this the direction you want to go in in the future?

With my friend Vasser, who I’ve been working with over the last two years, we’ve kinda just hit the fusion that I want, which is kinda indie-dance/ 80s/ jazz. It’s all I’ve ever really been interested in, and I get so excited about experimenting. Now I just want to represent my sound properly.

You’ve spoken before about how you wrote poems when you were growing up. Why did you become interested in poetry?

It was my way of expressing anything I was going through without it being so obvious. If I wrote something out that’s coded, then no one else could read it or know what I’ve just experienced – I didn’t want them to – but it also gets it out of my head for a bit. Even when I first started song writing, a lot of my songs didn’t make any sense because they were so coded. Julie Adenuga, the radio presenter, listened to some of my tracks when I’d just started to work with a producer and she went: “Con, I really like it but I have no idea what you’re talking about!”

Indie music in the nineties and noughties is seen as the Golden Age by some – what do you think of British music today? Do you think we’re in a Golden Age?

I don’t think it’s quite that. But there are some really incredible artists in this era. Maybe in the next couple of years with more of the younger generation who really don’t give a shit. Billie Eilish is such a huge pop star and she still has no fear in saying how she feels about injustices and things most of us agree are wrong. That’s mad for a pop star of that size to be able to talk freely about how they feel. There are lots of cool individual bands but I don’t feel that excited about a whole movement yet.

Starting your own record label, Jump The Fence, is so exciting! Why do you want to go down the independent route?

I was releasing music on someone else’s terms and it stopped making sense. Financially, I don’t earn from my music if I don’t release it myself. I felt, also, that there was nothing being achieved by anyone else that me and my team weren’t already doing. We did everything for ‘English Rose’; the listening party, all of the art, but we’re not on a payroll getting anything back from it apart from the joy of releasing music. If we’re doing the work anyway, we might as well build a whole business and maybe we’ll get good enough to have another artist on a label and do it for them.

Your new single, ‘James’, is great. You’ve called it an “anti-drug drug song”. What is your experience of London nightlife? Have you been exposed to that kind of culture?

I was exposed fairly young but [at first] I was so against drugs that my brain just never let me take them. I was into dance and athletics and that was my grounding – it doesn’t make sense if you want to do well in sports. After college and after some time releasing music. I don’t even know what got me into doing it. Festivals, maybe? Once your barrier has broken down, you want to try anything and it becomes an exciting thing. My experience was recreational and fun but the problem is that once the excitement has dried up and you still have friends that are heavily into it, you start to do them for detrimental reasons. The night before I started writing the song I text my friend saying how hungover I was, and he said he felt like shit too. And I realised this is not the person I’m meant to be. It’s an anti-drug drug song because it’s talking about crazy nights out and I want people who are having crazy nights out to relate to it and know they’re not the only person using this to get through stuff. But, at the same time, I want people to hear it and realise that kind of destruction is not the only way to deal with their mental health struggles.