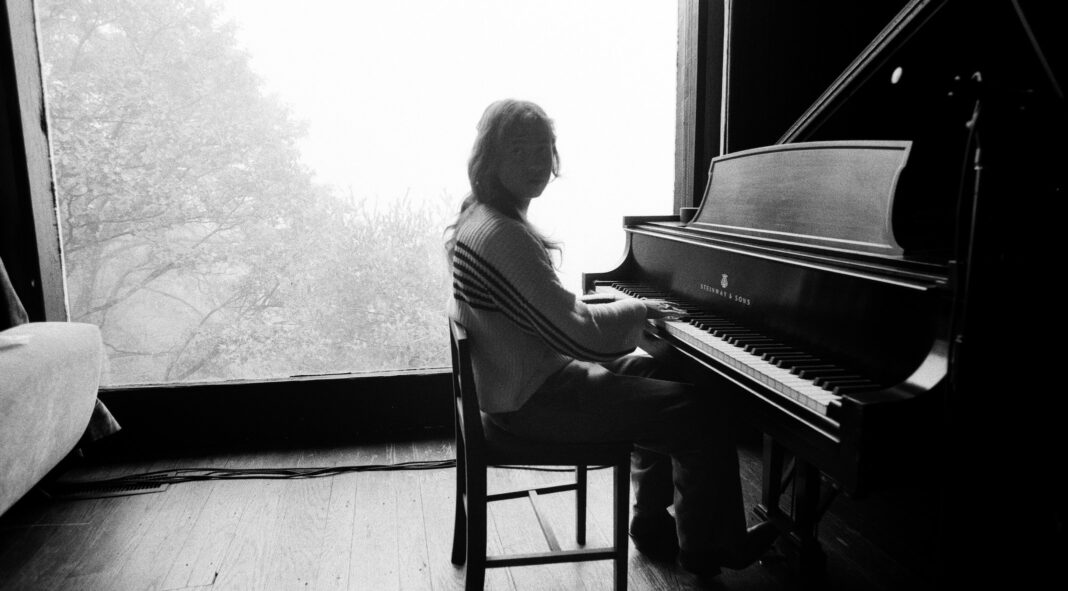 “I’m stepping inside a universe designed against my own beliefs,” announces Clairo at the very start of ‘Sling’. It’s her second album – and this time she knows exactly what she’s getting herself into. After the heady rush of acclaim following her debut LP ‘Immunity’, and all the good and bad that brings, ‘Sling’ finds Clairo assessing fame and where she wants to place herself within it – if anywhere at all.

Clairo started out as a bedroom pop artist – quite literally, when her lovable webcam-recorded music video for ‘Pretty Girl’ went viral in 2017 – but outgrew that production style two years later on the Rostam-produced ‘Immunity’. The album smartly swung the spotlight off of homemade content and on to the meticulous yet ambiguous folds of her writing, on songs concerned with developing the antibodies to fight heartbreak: romantic turmoil, mental anguish, physical discomfort.

Clairo’s songs require restraint to hit their full impact, and ‘Sling’ takes similarly careful aim. She continues to trade in hushed vocals, measured production, and writerly lyrics with emotional wrench. But the Strokes-style energy of ‘Immunity’ falls away to reveal a folkier sound. Clairo cites The Carpenters and Hejira-era Joni Mitchell as influences, and co-producer Jack Antonoff supplies the sort of stripped-back yet intricate orchestral twirl that also colours his recent work with Lorde and Lana Del Rey. From the reedy accordion on opener ‘Bambi’, to the cooing slide guitar and strands of brass on ‘Wade’, a Laurel Canyon warmth suffuses every corner of the record.

Delightful instrumental track ‘Joanie’ shuffles like a seventies pop medley or a Jackson Browne sampler. Joanie is Clairo’s dog, and her muse: spending lockdown with her, “thinking about something/someone before yourself”, spurred the thoughts about adulthood and parenthood that permeate the album. “You know eventually you’re gonna have to be a provider, too” she reminds herself on ‘Reaper’. And ‘Zinnias’ channels Adrienne Lenker as fiercely as it does Joni, as Clairo sings, “Sure sounds nice to settle down for a while / Let the real estate show itself to me / I could wake up with a baby in a sling.”

On ‘Partridge’, willowy harmonies and drum flickers pave the way to a state of emotional maturity – “I’ll let you walk and make your own discovery, that one of these days, I know that you might come back to me” – a sentiment that can apply to dog owners, parents, and lovers alike. But many of the songs contain admissions far less peaceful. “If touch could make them hear, then touch me now,” she repeats devastatingly on lead single Blouse (with Lorde on backing vocals), voicing her frustration at being sexualised by music industry execs. Final track ‘Management’ isn’t so subtle: “she’s only 22”.

The surrounding warmth of the songs both comforts and sharpens her disquiet. She wrote ‘Just For Today’ the same night she logged in to the National Suicide Prevention Lifeline chatroom, while ‘Little Changes’ reaches a quiet realization about an imperfect relationship: “He loved me good enough to calm me down / But tried to trick me into little changes.”

‘Sling’ might make for an initially challenging listen: less immediate than previous records, it’s designed to be consumed as a whole, but its seemingly unchanging tempo can make that tricky. Yet the album reveals more of itself with each spin, like a shyly flamboyant bird. Little changes make themselves known – choppy jazz, creaking acoustics, the kind of piano confessionals heard in an after-hours bar – and the small-scale hops reflect the album’s gentle yet bold leap forward. A sling carries babies, or injured limbs. But it’s also a catapult. A weapon.