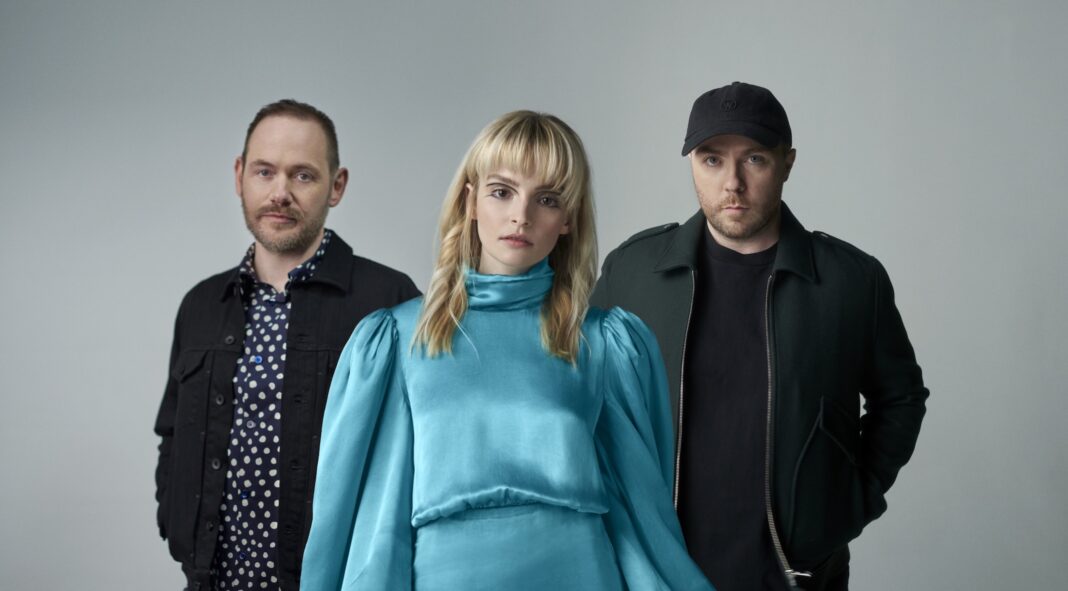 At their best, Chvrches make their beloved eighties synth-pop influences (Depeche Mode, to name the obvious one – they even borrow that stylised ‘E’) sound futuristic rather than nostalgic. At their worst, the Scottish band fall into Imagine Dragons territory: an insubstantial comfort listen that reveals its entire hand straight away but still leaves you hungry, like the temporary hit of a Big Mac.

To succeed at all, big, futuristic sound has to fill the space it scopes out. And the space Chvrches have always scoped out is stadium-sized, powerful, ambitious. Their 2013 debut album ‘The Bones Of What You Believe’ filled that space, impressing critics and breaking into the UK Top 10. The band successfully set internal feelings to font size 72, depositing the sentiment of Scotland’s anguished alt-rock scene – The Twilight Sad, Glasvegas, Frightened Rabbit – into synth-pop. Yet for all their eighties influence, and despite the fact eighties revivalism continues unabated (just listen to the new Weeknd track ‘Take My Breath’), if Chvrches sound like any decade, it’s the one that’s just passed: specifically, the indie-pop landscape of 10 years ago when the band formed.

Fourth album ‘Screen Violence’ displays utter commitment to that sound, which is good news if you were one of the many listeners who adored their debut. After opening the doors to writers and producers to mixed effect on their previous record, the band have kept everything in-house (in-church, if you will) this time, yielding some classic Chvrches moments.

Listening to ‘Screen Violence’ sometimes feels like wearing a VR headset, neon lasers raining down, synths exploding all around. Opening track ‘Asking For A Friend’ starts out as a vulnerable confessional before snowballing into a song fit for a huge dancefloor, amid an avalanche of programmed drums. There are some irresistible production moments, like the synth breakdown towards the end of ‘Nightmares’, and lead singer Lauren Mayberry’s vocals remain a perfectly sharp and chirpy foil, occasionally as cold as the surrounding digital furniture. But human warmth glimmers by way of live instruments, too, as well as the familiar, gloomy tones of The Cure’s Robert Smith on ‘How Not To Drown’, which take the band in a slightly new direction.

‘Screen Violence’s loose concept – Hollywood tropes as metaphors for the nasty, twisted corners of the internet and what the harsh digital world does to our humanity – came to the band before the pandemic, but took on a new meaning as the album was recorded remotely during 2020. Its creation depended on screens: while the internet spawns dark, destructive behaviour, it also keeps us connected and productive during a pandemic. “We’re better off inside a screen sometimes,” Mayberry sings on ‘Lullabies’ – but this is the same lead singer whose entire career has been tainted by extreme online misogynistic abuse. “Do you take internet breaks when too many people Photoshop cum on your face?” she asked pointedly in a 2018 interview.

Lead single ‘He Said She Said’ takes aim at the double standards placed on women, and if lines like “be sad but don’t be depressed” or “you need to be fed, but keep an eye on your waistline” sound worn, it’s only because so little has changed. And while the Hollywood analogy is nothing new, it’s wielded effectively on ‘Violent Delights’ and ‘Final Girl’, the latter tackling the pressure felt by women in the entertainment industry: “and it feels like the weight is too much to carry / I should quit, maybe go get married”.

The band generally trade in emotion too vast to contain nuance – that would be like asking an elephant to watch out for the ants. Cliché-driven lyricism and chorus repetitions serve Chvrches’ stadium ambition well, and ‘Screen Violence’ contains plenty of lines written to be shouted back from a stage barrier. The repeated “feel like I’m losing my mind” on ‘He Said She Said’ verges on tedious, embodying the song’s trapped sentiment almost too well – then again, that’s sort of the point.

If the good news is that Chvrches have returned to the sound of their successful early records, the bad news is that they don’t reach quite the same heights, or strike new ground. Their emotion may ring out loud and clear, and the sermon is an important one – but for the most part, they’re preaching to the converted.