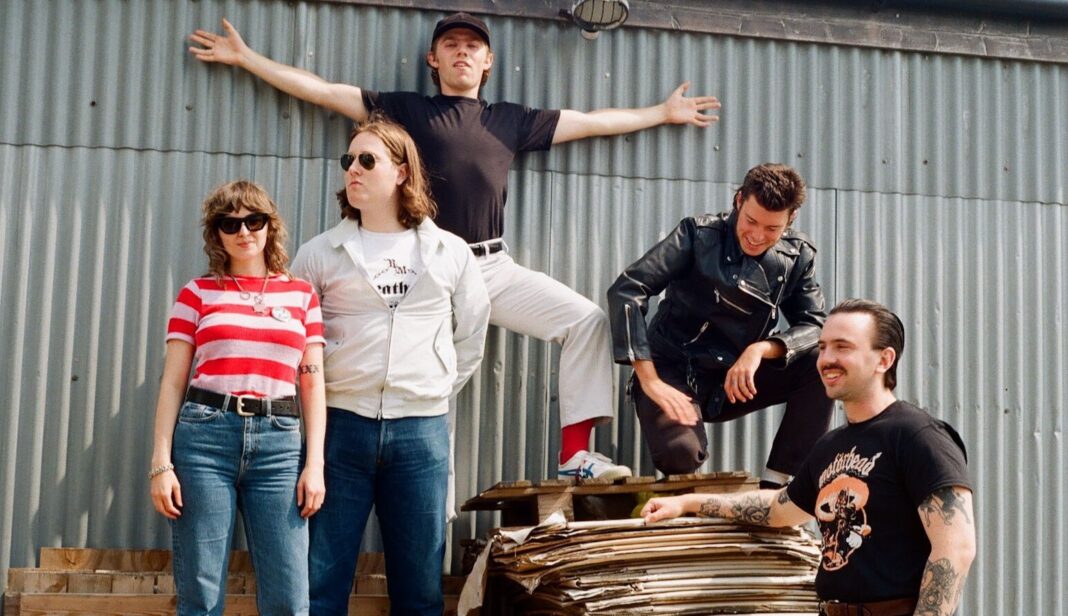 In a week when we’ve lost an all-time iconic London musician, Rolling Stones drummer Charlie Watts, it feels right to talk about a band steeped in London’s musical legacy. Of course, Chubby and the Gang – formed in west London in 2019 – sound nothing like the Stones, but like pretty much every band, they should doff their cap to the definitional rock & rollers. For their second album, ‘The Mutt’s Nuts’, sounds like everything the Stones soaked up – fifties pop, American blues – and much of what they opened the door to, from pub rock to punk and hardcore.

Frontman Chubby, aka Charlie Manning Walker, works as an electrician by day, though as his gang encounter increasing success he’s more likely to be found blowing fuses on stage rather than fixing them. ‘Speed Kills’, the band’s first album, released in January 2020, lived up to the hazards of its name: fast and loud, built on vocal cords more than chords, and drenched in beer and class consciousness.

The new album capitalises on that early energy, yet finds time to slow down and change gear to avoid crashing into a wall of stagnant sound. The first six tracks provide a welcome cocoon of noise and anger. But then it’s Sunday morning and the sweet, slow comedown of ‘Take Me Home To London’, which builds to a gentle Velvet Underground-style jingle. ‘Life On The Bayou’ follows, with honky tonk piano and a moment of harmonica and synth that blows the song wide open, to almost American dimensions. ‘Lightning Don’t Strike Twice’ squeezes in some country slide guitar, while the band get tender on ‘Life’s Lemons’ – “my foolish heart thought you would stay” – and ‘I Hate The Radio’, which sounds like if The Jam were a fifties pop band, bemoaning hearing songs that painfully remind you of past lovers.

There are just the right amount of left turns to shake things up without abandoning Chubby and the Gang’s identity – in fact, that identity feels as strong as ever. Most songs are still so fast your teeth rattle, and the political fury that fuelled ‘Speed Kills’ – which drew a bead on social inequality, Tory failure, police brutality, and gentrification – remains in plentiful supply. With its heavy bluesy tilt, ‘White Rags’ takes on institutional racism, while ‘Coming Up Tough’ – which opens with a very ‘Start Me Up’ style riff – marks out the school-to-prison pipeline in starkest marker pen: “how can you prove them wrong when no one even gave you a chance?”

Amid the many south London post-punk bands out there, Chubby and the Gang take punk in a different, refreshingly spirited direction. Whether they outlive the fate prescribed by the title of their first album, the live-fast-die-young mentality of most punk bands – whether Chubby’s vocal cords hold out long enough – remains to be seen, but what’s certain is that right now, they’re a living, breathing, raging stronghold of the capital’s music scene: the mutt’s nuts, indeed.