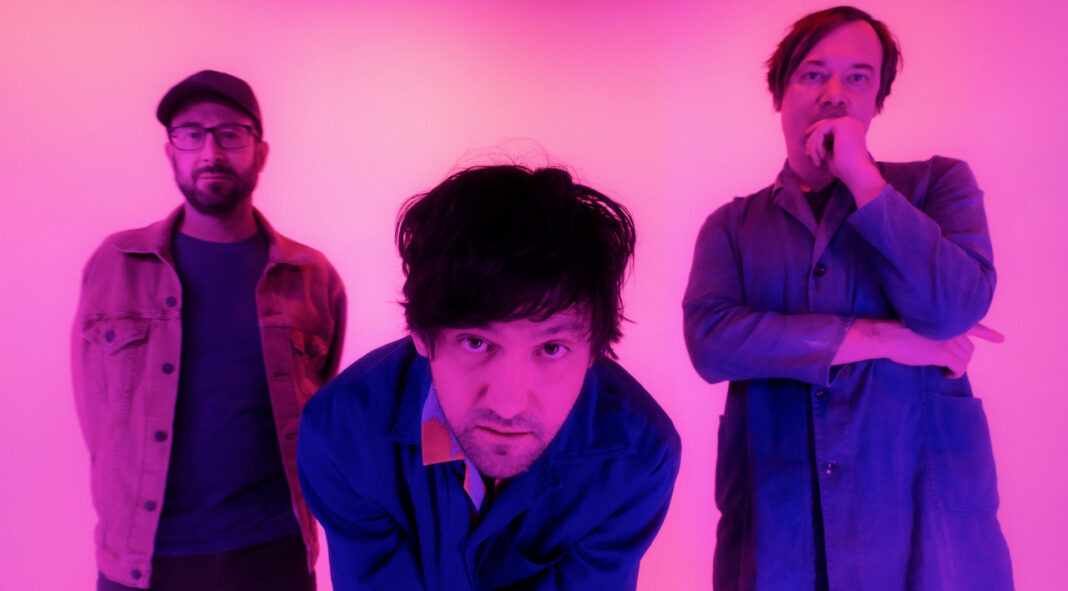 It’s been a while since a new Bright Eyes record, and the contemplative weight of ‘Down in the Weeds, Where The World Once Was’ might read as nine years of pent-up emotion. But this is standard operation for the band: since 1995 they’ve charted the angst of growing up. “All these same fears year after year,” frontman Conor Oberst sings towards the end of the album, fears he’s also probed solo, and with Phoebe Bridgers at their dystopian Better Oblivion Community Center. While ‘Down in the Weeds’ doesn’t dwell quite so completely in the apocalypse, Bright Eyes have always flirted quietly at its edge.

After an objectively turbulent decade – both for the world and for Oberst, who lost his brother and left his wife – a new Bright Eyes album is bound to resonate, particularly with the generation who hit their twenties back in the noughties. Like many of these listeners, Oberst is forty now, and still “catastrophising [his] birthday”. His existential concerns haven’t ebbed away, it’s just that their surroundings have changed: mundane adult responsibility creeps in, but doesn’t keep him from dark introspection. On ‘Forced Convalescence’ Oberst notes, “There’s no escaping the housework / Or the bank clerk / Or the priest / They’re waiting for me.” His words echo poet Philip Larkin’s musing, “Where can we live but days? / Ah, solving that question / Brings the priest and the doctor / In their long coats / Running over the fields.” Like Larkin, and many other writers before and since, Oberst recognises there is sometimes little difference between falling in with life’s dutiful realities, and railing against them in favour of uneasy depths. The outcome is the same.

When Bright Eyes are at their best – and they are here – they build a world with words, then bring it to life with riffs and hooks. ‘Persona Non Grata’ features probably the first successful bagpipe solo in a rock song since Korn’s ‘Shoots and Ladders’, but in general the record adheres to the orchestral lo-fi familiar to long-time listeners. On ‘Tilt-A-Whirl’, a song obsessed with mortality, the line “the Tilt-A-Whirl of our despair / Ends suddenly” gives in to a melodic, frantic strumming, like the sonic equivalent of the fairground ride. It sounds fresh, but Oberst isn’t the first to find metaphors in fairgrounds. Springsteen, for example, sang in the seventies about getting caught spinning on a tilt-a-whirl for days: his ride is the rat-trap of adult working life. Indeed, in both content and style, Oberst often belongs to the school of Springsteen, veering from wordy prose towards tighter ballads like ‘Hot Car in the Sun’. Meanwhile, ‘Stairwell Song’ and ‘Calais to Dover’ stand out as tracks whose lyrics would’ve been posted repeatedly on Tumblr ten years ago.

Oberst recently described his “lifelong pursuit” of “trying to figure out ways to see the patterns and where they intersect, trying to encapsulate those into songs”. Bright Eyes remain unafraid to accommodate these wider concerns, and ‘Down in the Weeds’ finds the band back at the height of their power, a compelling reminder of their existential heft and cinematic scope. Nine years on, Conor Oberst still doesn’t deny the passing of time – he stalks it compulsively, his fingertips grazing both youth and death.