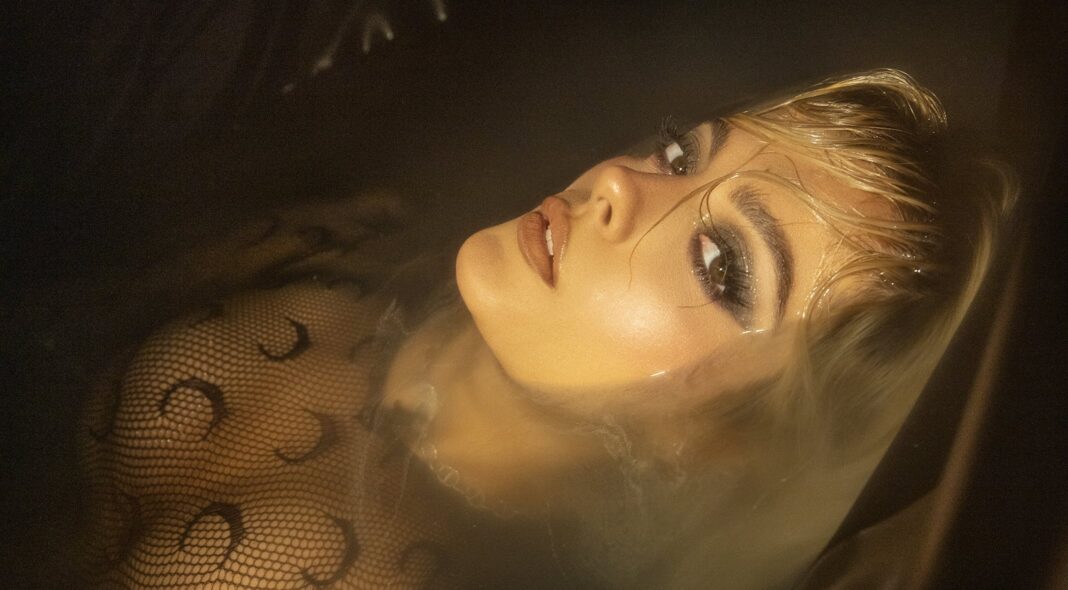 Rexha’s birth name, Bleta, is Albanian for ‘bumblebee’, and she’s cross-pollinated pop for years, as song-writer and jackpot collaborator with artists as varied as Florida Georgia Line, Martin Garrix, Louis Tomlinson, G-Eazy, David Guetta, Rita Ora, Cardi B and Charli XCX. She’s written and played music since childhood: she has all the composure and self-assurance of a star in the Thanksgiving float tier of pop. But that chameleonic song-writing role creates the irksome task of constantly having to define your identity.

Her 2018 debut album ‘Expectations’ gathered together her musical travels – club, trap, hip-hop, country lines, pop chords, and eighties flickers – with writing that ticked all the topical boxes. Rexha’s earlier emo-slanted EP ‘I Don’t Wanna Grow Up’, however, struck a deeper note of authenticity. Initially signed by Pete Wentz’s Decaydance Records in 2010, she provided vocals for his post-Fall Out Boy project Black Cards, and an emo strand certainly runs through ‘Better Mistakes’.

You hear it in the lip-wobbling ‘Death Row’, the whispered agony of ‘Sabotage’, guitar ballad ‘Empty’, and emo-rap number ‘Die For A Man’ with Lil Uzi Vert. Album opener ‘Break My Heart Myself’ features Blink 182’s Travis Barker on drums, alongside heart monitor bleeps and heavy panicked breathing. Tacky effects aside, the track details Rexha’s struggles with bipolar disorder and anxiety with a Prozac Nation openness: “Klonopin, my friend, yeah, she numbs the feeling.”

Yet these dark sentiments share the same stage as all-out pop delight. Title track ‘Better Mistakes’ expresses the playful notion that if you’re going to fuck up, at least make sure it’s worth it. Meanwhile, eurodance bop ‘Sacrifice’ is the best song on the record, Real McCoy-style rap outro and all. But at 2:41 long, the track ends just as you’ve got going.

Elsewhere, Rexha’s caught up in the contradictory emotions spawned by love. She confesses to sexual envy on ‘Baby I’m Jealous’ with Doja Cat: “All it takes is a girl above me / On your timeline to make me nothing / This is me, a woman in dichotomy / I love me until I don’t.” Trap drums and strains of Balkan folk chants adorn the vulnerable ‘Trust Fall’, and sarcastic break-up spit and defiant independent spirit get a turn too.

Once the heftier feelings are dealt with, Rexha flips Talking Heads’ “never for money, always for love” on Rock Ross feature ‘Amore’, an ode to shiny, materialistic devotion. “When you wake in a dream / Wrapped in Versace sheets / That’s amore,” croons Rexha, and it’s just about camp enough to get away with it. Love, eight-carat style.

She saves the most important emotion ‘til last: love for her mother, delivered with a Freddie Mercury “mama, ooooh”. The syrupy Disney glam of these final two tracks, ‘Mama’ and ‘Amore’, sits at odds with the album’s earlier furrows into emo and europop.

But Rexha is justifiably proud of her ability to inhabit and combine different strains of music, to “come together in a moment with that energy”. Her star power comes from years of collaborative writing experience and trained versatility, though she often channels that into strong, straight-up centric pop, rather than ground-breaking artistry. ‘Better Mistakes’ falls a little short of Beckett’s advice, but it’s certainly not a worthless ride.