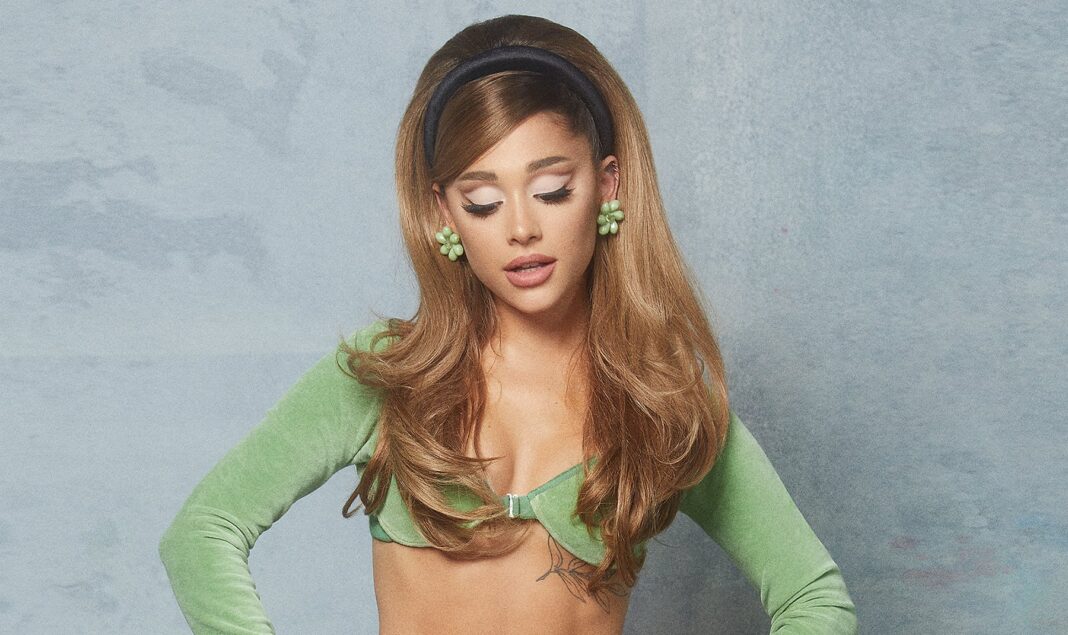 For most people, 2020 has been rough enough, a total ‘thank u, next’ of a year. For Ariana Grande, however, it’s a relatively quiet time compared to her recent turbulences. On ‘Positions’, the star’s sixth record, you sense she might be enjoying a new calm. Do you reckon, just maybe, Ariana made this album while quarantining with her lover?

Watching Biden and Trump lock horns on live television at the end of September, Ariana tweeted, “if last night’s debate didn’t light a fire under your ass i’m not quite sure what will”. You might imagine a coy eyebrow raised as she typed these words: three weeks later she dropped surprise new single ‘positions’. If the music video for that track, which found her successfully trying on the role of president, didn’t light a fire under your ass, the rest of the album might – though perhaps not in the way you expected. The metaphor rife in ‘positions’ extends across the whole record, in which Ariana is more likely to be found in bed – but definitely not snoozing – than at the Oval Office desk.

‘Positions’ runs the gamut of attraction from lewd desire to earnest love. On second track ‘34+35’ (a math puzzle helpfully solved in the song’s outro) Ariana is fairly explicit about how much sleep she wants. By ninth track ‘nasty’, her “body’s gotta say something”. But she hasn’t quite let her hair down: soul-flecked ‘my hair’ strikes at a different kind of intimacy when Ariana allows her lover to touch her precious ponytail, while ‘six thirty’ ponders the fears and vulnerabilities of long-term commitment: “When I’m old and stuck, will you still have a crush?” This serious tone continues on ‘safety net’, her collaboration with Ty Dolla $ign, and closing song ‘pov’, but there’s enough filth elsewhere to keep the happy-couple yawns at bay. Unfortunately, there’s plenty more clumsy wordplay, too.

Iffy lyrics aside, ‘Positions’ fixes the spotlight firmly on Ariana’s trills and whistle tones. Her vocals stack into each other like a Russian doll, at times unintelligible in a way that suits her emotional style. Such vocal airiness might in other artists require more elevated production, but Ariana’s trademark understated approach works for her – especially for the purposes of being hella sexy. The clean production ironically fits ‘Positions’ dirty themes. And anyway, Ariana is probably the last person on earth to need shiny embellishment. She’s already got all of pop in the palm of her hand, as she points out with just a hint of innuendo: “Ain’t no need to remind you / It’s AG in your face.”

Janet Jackson, Tinashe, and Mariah hover like ghosts behind the fourteen tracks, while strings pluck and tease, and even flirt with disco on ‘love language’ and the Doja-Cat featuring ‘motive’. But a mid-tempo drift prevails, finding its most middling iteration on stagnant The Weeknd duet ‘off the table’ – a track that seemingly questions whether Ariana can ever find love again after Mac Miller’s passing.

Should you compare ‘Positions’ to ‘Rain On Me’, the boisterous single Lady Gaga released with Ariana earlier this year, the new album might fall flat. Not immediate or groundbreaking enough for some listeners – short, light songs circling round the same themes – ‘Positions’ contains fewer exciting moments than its two predecessors. Treat them as a trilogy of sorts, though, and the extremely stylish if apathetic energy of ‘Positions’ secures Ariana’s trap-RnB direction.

From fictional President Grande handing out medals to postal workers in her music video, to real-life pop star Ariana handing out pizza to queuing voters in Florida, she doesn’t shy away from getting political when it’s needed. But on ‘Positions’, Ariana Grande leaves it to the pros: she’s much too busy getting nasty.