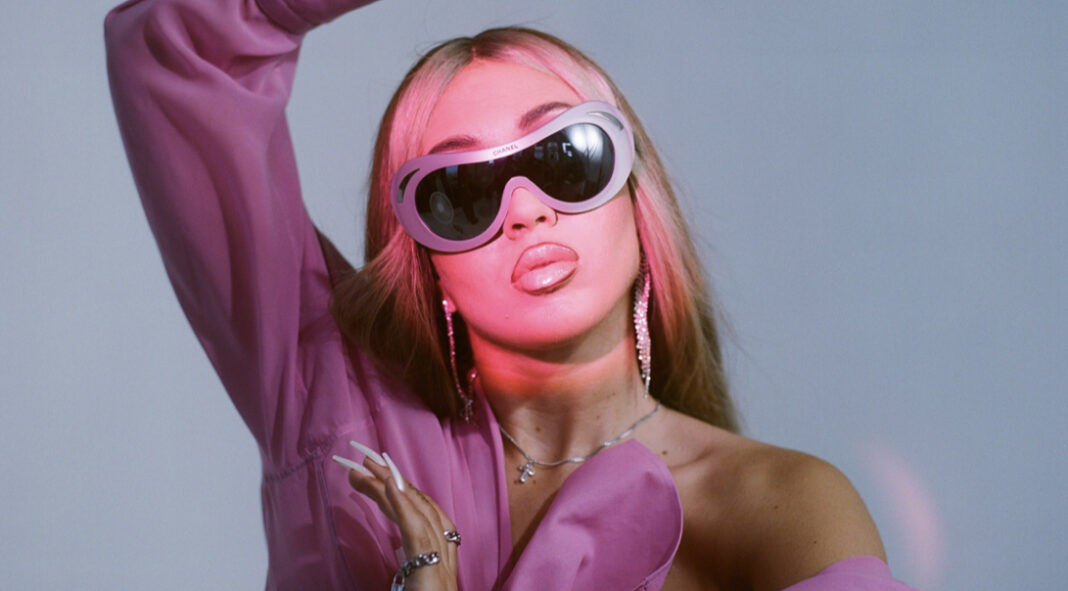 Entering the charts for the first time without her xx brothers, Romy Madley Croft offers up a slice of melancholic euphoria that could see the singer vying for Robyn’s sad-girl-disco crown and we are totally here for it. Recorded in London with Fred Again… and Marta Salogni, ‘Lifetime’ was written during the early days of the pandemic-induced lockdown and the singer has described the track as a dream about being reunited with her loved ones in the face of uncertainty. More beat heavy and poppier than her usual xx-fare, the first track from Romy’s upcoming debut solo album is a sugar coated ode to the future, sweaty dancefloors et al.

Goat Girl are no strangers to presenting a picture of Britain’s disenchanted youth. In 2016, their self-titled debut was an angry exploration of class, politics and what it means to be female in a post-Brexit world still laden with misogyny. Now, they are back with a reminder that it still ain’t all gravy in the first single from upcoming album ‘On All Fours.’ As rolling synths give way to rumbling guitars, singer Clottie Cream’s cool, incantatory, vocals centre around the idea of losing grip of reality. Cream explains, ‘When you’re within a world that constantly makes you feel as though you’re living out a really bad dream, disillusionment is inevitable.’

Slow beats and sultry vocals make up the vibe for Kali’s first output since April’s ‘To Feel Alive’ EP. The track features a cameo from Jhay Cortez and comes complete with a video featuring two giant pink tongues snogging – fitting for the song’s subject matter, which the singer has described as “that moment when you set your sights on someone and can’t wait to do everything freaky imaginable with them.” It may be the beginning of October and lashing it down with rain, but ‘La Luz’ is a pure end of summer jam making us wistful about the holidays that could have been.

This year has been full of surprises, most of them terrible things we’d never like to bear witness to again. But while a cartoon-version of Rocketman rocking up in a Gorillaz track alongside American rapper 6lack is certainly unprecedented, it’s one to add to the 2020 ‘not-completely-terrible’ list. Providing the keys that make up the backbone ‘The Pink Phantom’, along with those ever-recognisable pipes, it’s a disjointed ditty with plenty of classic Gorillaz-character and the latest episode of the groups’ cameo heavy ‘Song Machine’ series.

Speaking of surprises, Against Me! singer and guitarist Laura Jane Grace has dropped her own in the form of a full album this week. The 14-track record features mostly acoustic tracks, recorded with producer Steve Albini in Chicago. The singer said she’d been working on these songs for two years and rather than throwing them away in the wake of pandemic, wanted to put them out there. Rocking in at just over two minutes, ‘Calendar Song’ offers a softer, stripped back moment amidst an album of chaotic tracks. Its lyrics epitomises the feeling of being trapped and wishing we were living out different lives – something we’re probably all feeling right now. ‘Wish I was going someplace tropical, Wish I was going to Portugal, I wanna walk the streets of Oporto, I wanna be someone that I don’t know,’ she croons in the opening lines before concluding that ‘only a fool’ would live their life focusing on the things they can’t have. It’s a simple, raw reminder that we need to look to the future and not focus on the best part of a year we’ve lost.
Speaking about the shock release, Grace said, ‘I just want to put this out because it makes me feel alive and it’s giving me something better than sitting here losing my mind while the world falls apart. It doesn’t matter what anyone else thinks about what you do. Just stay alive.’