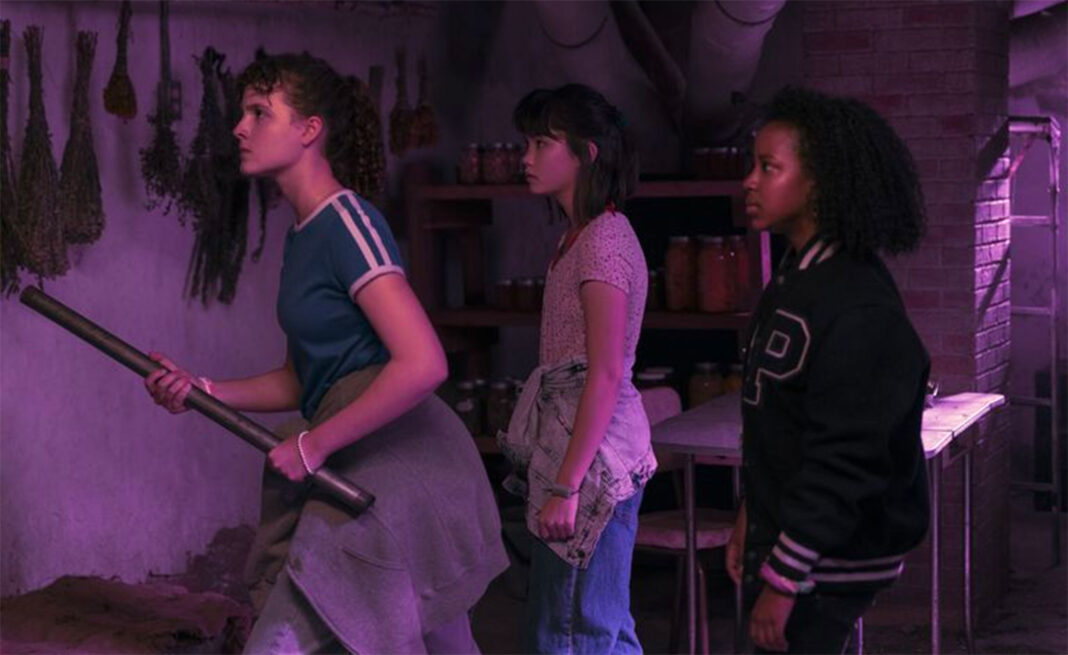 It’s a strong start when the first song you hear in a new teen drama is New Order’s ‘Age of Consent’. But if there’s anything Stranger Things has taught us, a nostalgic music moment does wonders to promote both show and artist.

Paper Girls, based on Brian K. Vaughan’s graphic novel about a group of teenage paper girls who accidentally time travel to the future, is Amazon Prime’s perfectly-timed new show. Fresh off the back of Stranger Things hysteria, the series is everything you’d want to fill the mindflayer-shaped hole in your life: 80s teens biking through suburbia, strong female leads, a healthy dose of paranormal activity, and a monster soundtrack. Far from being a rip-off though, Paper Girls had already amassed an army of avid fans, before talk of a silver screen interpretation was ever on the cards – and for good reason.

Set between 1988 and 2019, the show’s unpredictable plot is somewhere between Back To The Future and The Goonies. The programme’s soundtrack reflects both eras. We have LCD Soundsystem, YACHT and Pavement alongside Echo & The Bunnymen, Whitney Houston and The Bangles. It’s a mish-mash that promises to do what Stranger Things could not: use its platform to elevate some new-ish artists as well as old.

The show has real promise. With the evidence of the power of a great sync deal being seen with both Metallica and Kate Bush’s post-Stranger Things rise to the top of the charts, some music fans were disappointed that the show couldn’t find a way to use its platform to give a leg up to some newer artists, as well as old. Arguably, Paper Girls still hasn’t quite cracked that, leaning heavily on nostalgia and artists who have already “made it”. Either way, it’s a killer soundtrack that would make for one cracking indie disco. And if it leads to James Murphy having his Kate Bush moment, then who are we to complain?

‘Hazy Shade of Winter’ – The Bangles

‘I Thought The Future Would Be Cooler’ – YACHT

‘Out Of The Blue’ – Debbie Gibson

‘The Cutter’ – Echo & The Bunnymen

‘Spit On A Stranger’ – Pavement

‘Circle Round You’ – Jackie Bristow