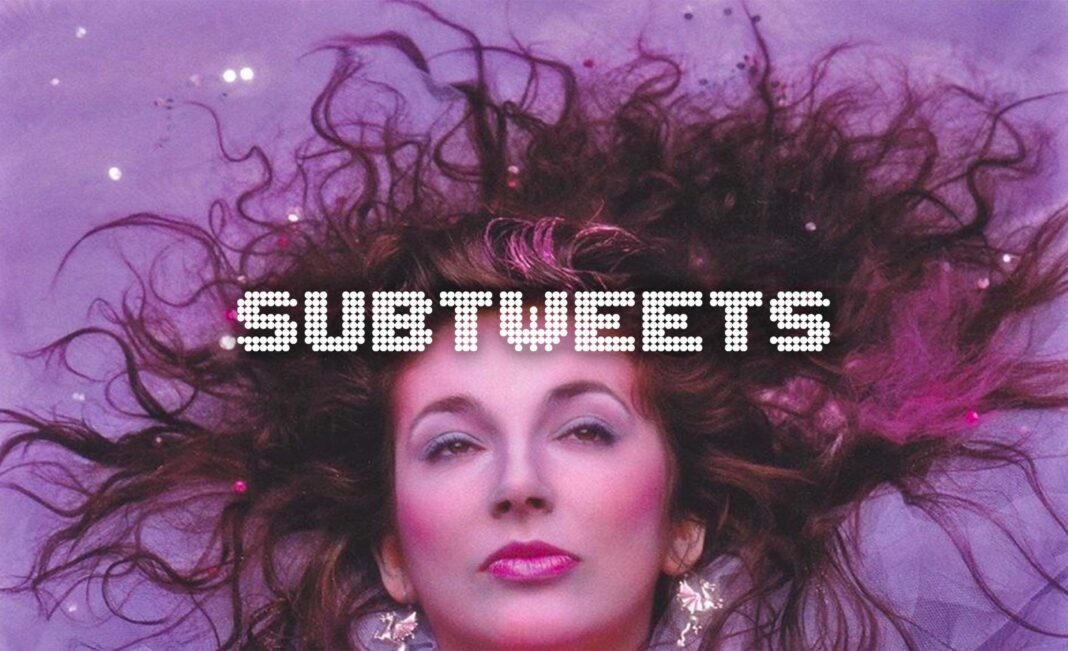 In season four of Stranger Things, things get pretty heavy in Hawkins. Wracked with various forms of guilt and dark inner-narrative, teenagers from the local high school have their limbs snapped and screams hoarded by Vecna, guardian of the Upside Down. When Vecna comes for Max, one of our flagship kids, she is saved from painful ascension by the simplest form of magic; a cassette deck and her favourite song, Kate Bush’s ‘Running Up That Hill’.

One of the show’s most iconic scenes to date, it operates as a reminder of the good things in life, the friendships and passions that keep us all going even when times get tough. Bush, apparently a fan of the show, was briefed on the context of its usage, and is seemingly delighted at the new life that it has taken on, posting on her website in a rare feat of public comment;

“You might’ve heard that the first part of the fantastic, gripping new series of  ‘Stranger Things’  has recently been released on Netflix. It features the song, ‘Running Up That Hill’  which is being given a whole new lease of life by the young fans who love the show – I love it too! Because of this, Running Up That Hill is charting around the world and has entered the UK chart at No. 8. It’s all really exciting! Thanks very much to everyone who has supported the song. I wait with bated breath for the rest of the series in July.”

Since Bush’s comment, ‘Running Up That Hill’ has gone top ten in not only the UK, but New Zealand, Canada, Australia and the US, becoming Kate Bush’s first-ever American top ten single. The show itself has been a streaming record-breaker too, but there appears to be no triumph stranger than the way it has excited a whole new generation of teen music lovers, loading a classic song with fresh connotations.

Of course, none of this would have worked if ‘Running up That Hill’ wasn’t such a belter. It doesn’t feel particularly controversial to suggest that it might be one of the best pop songs of all time; both uplifting and tragic, it is dramatic, biblical even, though Bush once said that its meaning has been broadly misinterpreted, designed to speak to the relationship between men and women rather than with a literal God.

We’ve all got that one song or artist that we know would save us from oblivion, and some of the most notable bands and artists of recent decades are quite open about the fact that Kate Bush is high on their list; Lady Gaga, Lorde, Bjork, Florence & The Machine. Some fans may have even been introduced to the song by a very popular cover; when Placebo released ‘Running Up that Hill’ in 2003, it became an alt-rock staple, and many fans were disappointed that they did not perform it at their recent shows supporting My Chemical Romance. The influence of its production and epic songwriting has been shamelessly pillaged by half of the music industry since its release 37 years ago, and yet it still manages to sound exactly like itself, instantly recognisable from those clarion call synths.

Often, the artists we love the most are outsiders, the so-called freaks and weirdos who allow us to feel a little better about our eccentric or countercultural side. Often labelled as a recluse, Kate Bush has the mysticism of an other-world being but has also been celebrated by the LGBTQIA+ community as the “queen of quirk”, daring to exist outside of mainstream convention. Given that ‘Running Up That Hill’ has gone viral during pride month, fans have been having fun remarking on the bi-flag colours of her album ‘Hounds of Love’, or digging up clips where she has shown good allyship, making space for non-heteronormative sensuality in her songs.

Of course, this kind of viral comeback is always going to ruffle some TikTok-phobic feathers. Some boomers and elder millennials (the ones who obviously came out of the womb knowing every song ever made) are seemingly peeved that the young’uns are only just discovering Bush’s work via Netflix, as opposed to presumably taking their parents’ recommendations or hanging around listening to 6Music all day. Should anyone attempt to rid you of that joy, simply fix them with a hard Vecna stare; there is no expiry date on great music, no entry examination that one has to pass to be considered worthy. If you are amongst the many discovering Kate Bush’s back catalogue for the first time, you are taking a seat at a generous feast; the sweeping melodrama of ‘Wuthering Heights’, the comforting cold of her big 2011 comeback album 50 Words For Snow, the gorgeous elegance of ‘This Woman’s Work’. Embrace it, and linger at the table for as long as you are hungry; all are truly welcome here.

In the digital age, the biggest thrill of new music is that it often doesn’t need to be new at all. There are whole archives of material from the last hundred years at least right at our fingertips, just waiting for the right cultural moment or news hook to tease them back to the fore. This month it might be Kate Bush, but there is no knowing who else might be revived next, what one-loved banger will gain new resonance. The success of this crossover will surely inspire other TV and film execs to dig even deeper with their soundtracks, to breathe new life into songs and stories that deserve to be cast into infinite legacy. If there is any song that truly deserves to frolic in the fields of cross-generational imagination, it is surely ‘Running Up That Hill’. Long may it roam.

READ MORE: How to be a music supervisor, the person behind TV’s most gripping soundtrack moments