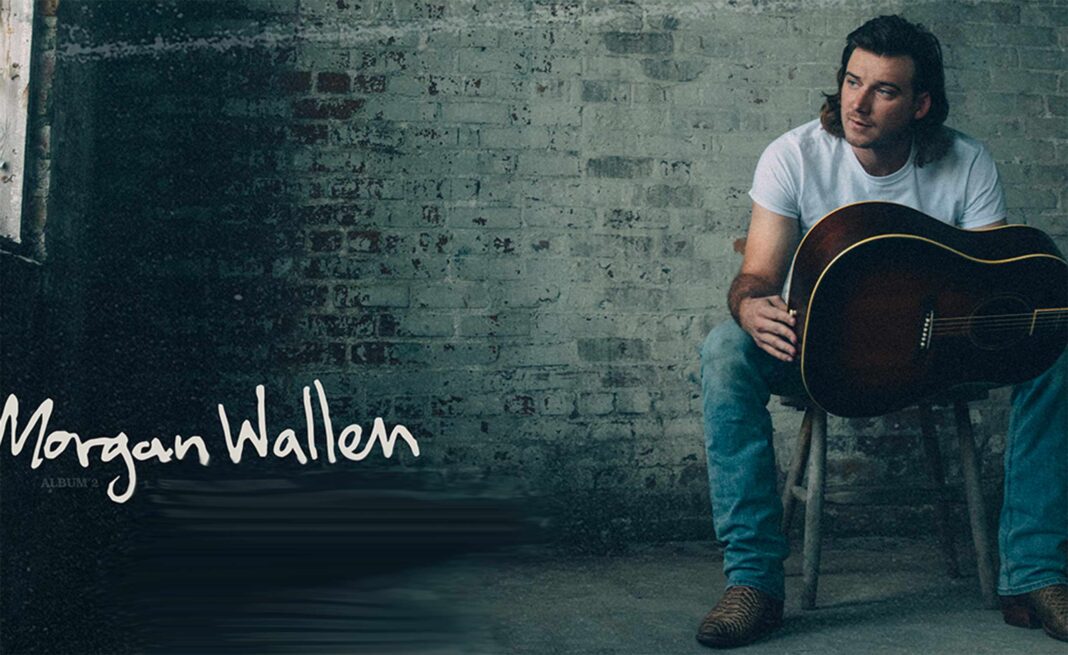 Unless you’re a country music fan, the name Morgan Wallen might be more familiar to you as a modern example of celebrity scandal. Having been caught on tape using the N-Word in February 2021, he followed the usual trajectory; apology, a donation to a Black-led organisation, a period of quiet contrition in which he vowed to learn and reflect. In March of this year, his record ‘Dangerous: The Double Album’ won the Academy of Country Music Awards Album of The Year, and he has now been confirmed to perform at the 2022 Billboard Music Awards, set to take place next week. As one of the most visible awarding ceremonies in music, there can be no doubt about it; in the eyes of the industry, Morgan Wallen’s redemption arch is complete.

In the hot climate of second-wave BLM, initial action against Wallen was uncharacteristically swift. He was removed from playlists, suspended by his label, and removed from the eligibility lists at the Academy of Country Music Awards. In a June 2021 interview with CNN, he admitted that he “hadn’t really thought about” country music’s issue with racism. “I was around some of my friends, and we say dumb stuff together… in our minds it’s playful.”

In light of this interview, questions of exactly how sorry he truly was remained, given that he didn’t appear to have fully grasped why his behaviour was so egregious in the first place. And why would he? Far from the silencing that so many speak of with regards to cancel culture, Wallen’s scandal appeared to have actually helped his career. At the time of the video breaking, he was No.1 in the country chart, and within the following days, sales grew by an estimated 1,220 per cent according to Rolling Stone, making it the most commercial release of last year.

Currently, he is in the midst of a 46-date arena tour of the US, the album rarely dipping out of the all-genre Billboard Top Ten. He’s back on award eligibility lists and has been allowed to appear at The Grand Ole Opry, a legendary country venue that had posted a zero-tolerance statement against racism just six months prior. In interviews, he’s stepped up his praise for hip-hop, and has been co-signed via American rappers like Lil Durk, who introduced their collaboration ‘Broadway Girls’ onstage in January with the acknowledgement that he is “kind at heart”. Just last week, Black American Idol contestant Mike Parker performed one of Wallen’s songs, citing him as an inspiration. “I don’t think he has a racist bone in his body. I think he had moments that were not bright spots, but everybody goes through that.”

While numerous figures in Nashville did call Wallen out (mostly women), others expressed sympathy for a man who had made a mistake, actively demanding forgiveness. Amidst the so-called culture wars, Wallen has become something of an inadvertent poster boy for ‘cancel culture gone too far’, leading country fans and even casual listeners to embrace him almost as an act of defiance. With his good looks, sub-30 youth and upbeat songs about faith and hometown pride, fans buy into his good-guy aesthetic, with the strong Christian sense that he has paid his penance in a realm where only God can truly judge.

As with many recent celebrity transgressions, fans often decide for themselves where the ‘mistake’ lies on the spectrum of forgivability. For the decision-making staff at Billboard, Wallen has obviously done his time, but the speed with which he has come back, his unwavering popularity and mainstream promotion on shows like American Idol all add up to suggest that the genre maybe hasn’t taken the issue as seriously as it should have, given everything that it represents.

In fact, Wallen’s jovial use of the N-Word is the mere tip of the iceberg. Casual racism is baked into country music, from the lyrical patriotism that verges on white supremacy right through to the confederate flags that are waved from album covers and music festivals. Only this year have Stagecoach — the country sister event to Coachella — finally spoken up and stated that no such items will be allowed on the premises, berated by some as an overly ‘woke’ censorship move.

Time and time again, white fans and industry players brush off racism as an occupational hazard of being a country fan, claiming innocence and a lack of prior education in their attempts to protect the purity of ‘their genre’. Mere weeks ago at the 2022 Country Music Awards, right-wing reporter Patrick Howley openly critiqued the decision to have Black actor Anthony Mackie as host, making his feeling very clear. “No offence, you all have hip hop, basketball. Just fly with your flock, bro… Country music is different. It’s not Wakanda.”

This exclusion and industry erasure runs deep. The banjo originated in West Africa, the steel guitar in native Hawaii. But through decades of excluding Black artists from festivals, refusing to play them on radio or getting white artists to record new covers of their work, you slowly but surely erase Black and native American contributions enough that you can being to believe that the entire history was white all along. The genre then appeals less to Black artists who feel that they are not welcome or not represented, and the whole cycle or perpetuation continues, filtering us down through generations until we get to a point, today, where a white country artist can exclaim the N-word as a joke, openly and on tape, and still receive the best-selling album of the year. If Wallen can issue a shrugging apology and return right back to the same level a year later, what has anyone really learnt about the way that marginalised people are made to feel? At a time where white reporters are still openly emboldened to complain about the amount of Black people in an awards room, how much does Wallen’s reinstatement pander to the idea that racism is ultimately not that big of a deal?

To their own credit, Black country artists and creatives have still been finding ways to make themselves heard. Lil Nas X has played a huge role in subversions of genre tropes, while media outlets like Color Me Country and websites like Black Opry are helping to shed light on unsung country voices. Jimmy Allen became the second person in history to win New Artist of The Year at this year’s CMAs, while GRAMMY-nominated Mickey Guyton has frequently used her ever-growing platform to speak out on issues of race and inclusion. Nonetheless, her success hasn’t come through the traditional channels; a 2020 study by songdata showed that from 2000 to 2020, only 3.2 per cent of artists signed to major country labels were POC, and only 2.3 per cent of radio airtime was devoted to music by POC. Within this, Black female country artists were broadly resigned to evening shows rather than the big slots. If Guyton’s ‘Black Like Me’ was a breakthrough triumph in 2020, it wasn’t through radio support.

Instead of only elevating the same old problematic names, country music executives and legend-status artists need to make more attempt to introduce and incubate new voices, showing a no-tolerance stance through real allyship. Name changes can be a good start — in 2021, The Dixie Chicks dropped the ‘Dixie’ from their name, and Lady Antebellum became ‘Lady A’, but the latter’s subsequent legal battle with a Black artist of the same name significantly undermined the purity of their intention. Artists may donate money or post a condemning tweet, but there are other simple actions that may go even further; bringing Black artists out on tour, offering anti-racist information and education in the foyers of their concerts, refusing to work with those who do not share ethics that are in line with what they claim to stand for. This applies to country, but also to the industry as a whole; how can fans take an anti-abuse stance seriously unless it is regularly upheld by those they look up to?

Wallen is not the only non-Black person to have been caught using the N-word, and he will be the last. You don’t end a problem like racism overnight, but time or tradition can no longer stand as excuses as to why country music has not done more. If the genre community is really going to accept Wallen back as one of their most influential young stars, one can only hope that it is because he now truly understands the weight of the pedestal. If he has truly grown as much as he says he has, it should be no problem for him to stand for something more, to be actively and vocally anti-racist instead of just apologetic. If not, I fear that music fan disappointment will be much less about his use of the N-Word, and much more about his squandering of an opportunity for the kind of reform that has long been overdue.

READ MORE: The country music stars getting stick from the genre’s trad fanbase – and coming out on top