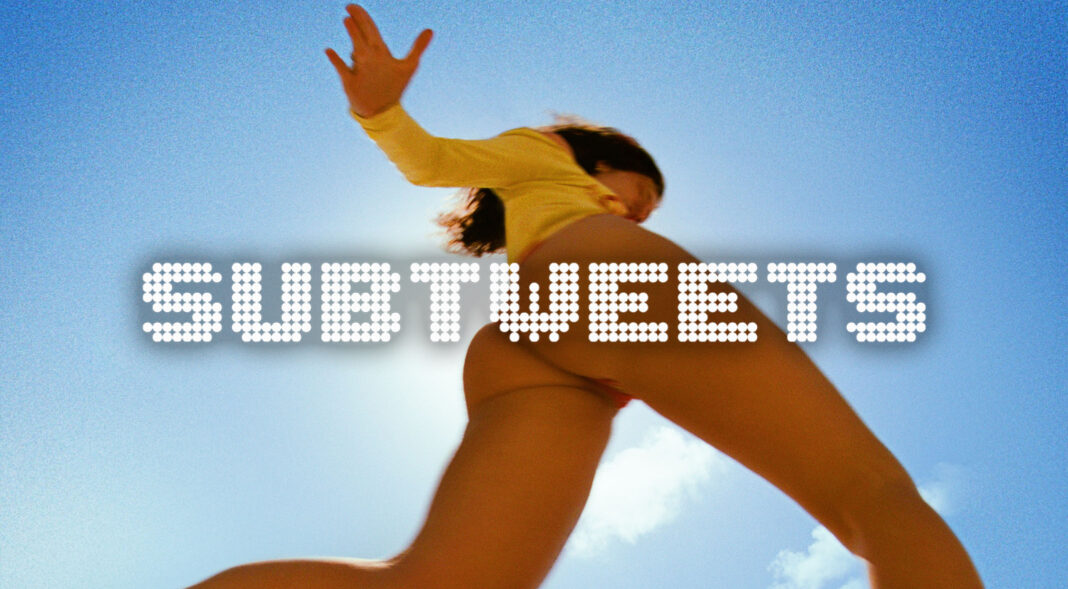 At this moment in time, is there anyone who hasn’t seen THAT shot? Here at The Forty-Five, we’ve made no secret of our longing for the return of Lorde, and this week, Ella finally delivered with a new song, video and artwork that one could only describe as well, hot. It seems that our gal really does love the beach, and that is no damn lie.

A move that feels very “Melodrama can’t come to phone right now”, Lorde is pictured quite literally obscuring the sun with her moon, a low-perspective fisheye image that centres her leap across the sand in a skimpy swimsuit. It ties in perfectly with the song and music video, a Moana-meets-Midsommer-meets-Primal-Scream ode to all things natural and beautiful about the summertime, where your only cares are putting yourself on airplane mode and securing a great pic for the ‘gram. It’s a side of her that feels decidedly new, an artist who has tended to explore sexuality through moody colours and earthy aesthetics. Having established such an influential formula, now seems like the perfect time to switch things up. Rarely has a cover shot evoked such carefree, summertime whimsy, and coupled with the title ‘Solar Power’, it seems likely that era three will herald a more lyrical upbeat aesthetic, the hot girl summer that follows Melodrama’s season of healing.

In one of her mailouts, Lorde revealed that the shot was taken by one of her friends (“lying on the sand as I leapt over her, both of us laughing”). It is currently unclear whether said artwork corresponds to Lorde’s single or the album, but what it does do is pose a distinct challenge to society, testing our reaction to risqué female-made expressions of bodily autonomy. Given that the artwork falls specifically in the category of what the Daily Mail tends to call ‘racy’ or ‘curve-flaunting’, Lorde likely knew that this would cause a significant stir, and indeed it seems to break the Internet for a time, with numerous fans getting their accounts locked for the distribution of near-naked imagery. Speaking with TripleJ radio, Lorde says she loves the memes, amused at the recognition of how many people she now knows have now seen her “full butt.” Praise, as it stands on Twitter, has been broadly positive, with comparatively little by way of the kind of prudish disdain we’ve come to expect from pop discourse. We don’t want to speak too soon, but could nature finally be healing?

In our increasingly-visual age, album or single artwork is a distinct way to separate yourself from what came before, but it’s a shtick that artists have longed used to showcase either their growing maturity as an artist or a desire to be viewed as counter-cultural. When The Strokes released their seminal record ‘Is This It’ in 2001, middle America was so shocked by it’s bare hip and leather-glove combo that it replaced the cover image entirely, lending them further ‘too cool for authority’ status. In 1993, the androgynous kissing of Suede’s 1993 self-titled played perfectly into their outsider nature, while Roxy Music’s 1974 ‘Country Life’ art still stands up today as a quintessentially ‘sexy artwork’ shot, the fourth in a slow-striptease line of covers that linked in with the eras growing liberal attitudes.

In more recent years, the artwork of Washed Out’s ‘Within And Without’, Biffy Clyro’s ‘The Vertigo Of Bliss’ or The Weeknd’s ‘House of Balloons’ were the stuff of serious Tumblr highlight or nervous Rough Trade flick-through in the noughties, a purchase that you’d display in your bedroom until your mum notices and wants to have ‘the chat’. As with the other aspects of music — lyrics, performances, crushes on a cute bassist — album artwork can be a safe, useful way to explore new realms of burgeoning sexuality, and if Twitter is anything to go by, Lorde herself has long been a significant sight of awakening for the LGBTQIA+ communities especially, drawn to her stature as a musically-alternative top pop girl. As a music video, ‘Solar Power’ has a touch of the ‘Watermelon Sugar’s, a free love aesthetic that will hopefully carry forth to the wider record.

While the art for ‘Solar Power’ might be comparable in aesthetic to Roxy Music or even the scantily-clad imagery that peppers early funk and soul vinyl releases, it is perhaps most interesting because of its subversion of the male gaze. Where male rock bands might rely on the female form to titillate, the most interesting of nudey covers tend to come from female artists, using the image to say something stronger. Sky Ferreira’s ‘Night Time My Time’ or Bat For Lashes ‘The Haunted Man’ might scream ‘naked’ at first glance, there is deeper power in the vulnerability they exhume — the sadness in Ferreira’s eyes, the heavy weight of man that Natasha Khan (Bat For Lashes) holds slung around her shoulders. For female artists, it isn’t always as simple as lifting your shirt for the camera — Bjork’s ‘Vespertine’ is subtly erotic in all the lush consideration of a piece of high art, while Grace Jones’s ‘Island Life’ is an impossible image of glamour, the colours so luscious that Jones looks as if she’s been carved from polished wood.

Lorde’s ‘Solar Power’ image might not quite be on the same level of methodical consideration, but given her commitment to storytelling, its powerful leap likely hints at something much more considered than the fair-and-simple desire to show her ass on a record. It’s the perfect capture of frivolity, a ‘fuck it why not?’ testament to having fun and not taking yourself too seriously. For an artist who has been quiet for so long, its injection of light-hearted memetic fun is a great joy at the end of a long pandemic winter, hinting at all the better days that are to come.

From Billie Eillish’s sexy slumber party in ‘Lost Cause’ to the stylings of Cardi B, Megan Thee Stallion and Doja Cat, it does seem that we are slowly coming around to the idea that not all provocative imagery is created exclusively for the pleasure of men. It is always interesting to see who cops the most outrage flack when a sexual image is circulated (spoiler: it’s Black and plus size women), but in terms of mere bodies, the recognition that everyone has one and can show it off however they desire is slowly becoming more normalised, a ‘good for you’ moment rather than pearl-clutching anguish. Maybe we’re all just desensitised (art movies and OnlyFans will do that to you), or maybe it’s a real step forward for feminism, a leap across the sand towards some cheeky fun. It’s a little too soon to tell, but one thing is for sure; Lorde era three has begun, and we can’t wait to see what truths she bares next.