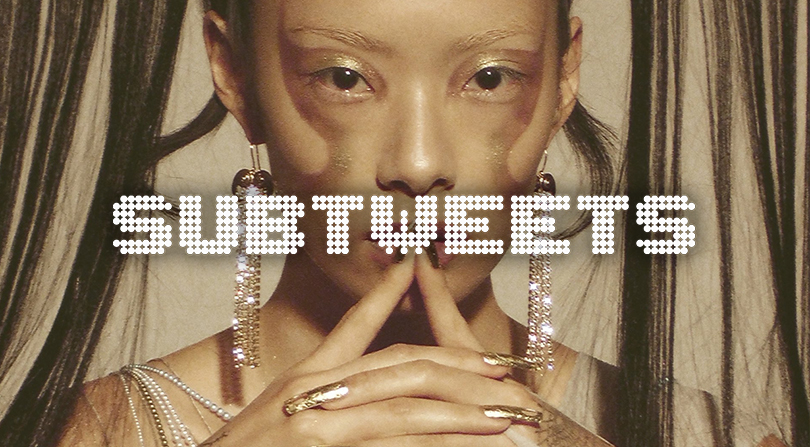 Dropping each year at the start of August, mass contestation over the nominees for the Hyundai Mercury Music Prize is almost as regular as the prize giving itself. This year’s list, spanning grime, indie-pop, folk and more, was probably the most reasonable in years, but there was one glaring omission – Rina Sawayama.

Released in April 2020, ‘Sawayama’ was a pop record unlike many we’ve seen. Bubblegum Pop was tempered by doses of Nu-Metal, early 00’s dance flexing alongside RnB. It was futuristic yet beautifully sentimental, telling the story of a woman who had learnt to find her place in the world after years of feeling like an outsider. If you want to get into critical performance, it holds a metacritic rating of 89/100, the highest score of the year for any non-American act. Elton bloody John called it his favourite album of the year. In short, it was everything that would normally have the Mercury Panel fetching their smudge-free pen to make out the cheque for £200,000, but there was one snag – in their eyes, Rina Sawayama wasn’t British.

In possession of a legal right to remain in this country, Rina and her parents moved to the UK from Japan when she was just 5 years old. Having spent the entirety of her lucid life here, she stands on the cusp of 30 as a taxpayer signed to a UK label, but is still not British ‘enough’ because she has not renounced her Japanese passport. Normally, a dual citizenship option would be possible, but in speaking with Vice, Rina explained that Japan doesn’t allow that, and that giving up her birth passport would feel akin to severing ties with her family. As a result, she is ineligible for both the Mercury and the Brit Awards, although interestingly, Mercury-nominated bands are only required to have 50% of their members with a “principal place of residence in the United Kingdom or Ireland”, raising questions of just how clear these guidelines actually are.

Speaking with Vice, Rina expressed her frustrations upon being told by the Mercury panel that their rulings “wouldn’t change any time soon”. “I feel like I’ve contributed to the UK in a way that I think is worthy of being celebrated, or at least being eligible to be celebrated,” she says. “If I was snubbed, I would be like, ‘Well, OK, fine… Let’s just make a better record and move on. But the fact that I wasn’t even eligible…It was othering.”

That she is forced to justify and explain her upset, in 2020, where discussion of racial discrimination and segregation are more heightened that ever before, speaks volumes of how even relatively high-profile immigrants are actively alienated in this country, never perceived as truly ‘one of us’ – whatever ‘us’ means. We know that the current UK government has a particularly damning value perception of immigrants, picking and choosing how they are legitimised based on how economically valuable they are in that moment. The despicable, wilful betrayal of the Windrush scandal springs to mind, or even more recently, the treatment of many migrant workers in the age of coronavirus, deported to their ‘real countries’ with no support, and then summoned back just as soon as they can be deemed useful again.

Rina Sawayama missing out on a music award may seem like silly fodder for a column when there are much bigger racial and xenophobic injustices happening every day to threaten people’s basic existence. But surely this is all the more reason for the music industry to step up and make a fundamentally simple but symbolic change, sending an important message about the value of diversity and culture in the arts.

By providing one of the most successful records of the year, Rina has proven herself to be a leading contributor to the UK’s cultural industry – not that she should have to be excellent to be accepted. True inclusivity isn’t as simple as basic tolerance – it requires active championing of diversity and constant pushing for it to be respected on the same level as the cultural ‘norm’. It isn’t enough for her to be allowed to stay here, grateful for the graces she is ‘afforded’ but never being offered the same moment of industry recognition afforded to so many of her peers. An awards panel that demonstrates anything less than an equal playing field at entry sends a damaging message to music fans that immigrants can never aspire to be truly British, no matter how they feel inside.

At time of writing, word is that the Mercury Prize organisational committee are ‘looking into’ the issue, probably stirred into action by the outcry of the hashtag #SawayamaIsBritish, a good-old fashion dose of Twitter activism. What this practically means will hopefully become clearer soon. Until then, let this be a note to all of us that Britishness is not as simple as the colour of your passport – it’s about the place that you call home, the country where you feel safe and able to contribute. If ‘Sawayama’ is one of the best records of the year, it’s because of its multicultural heritage – not in spite of it. In our ever-diversifying world, that’s a fact worthy of celebration.