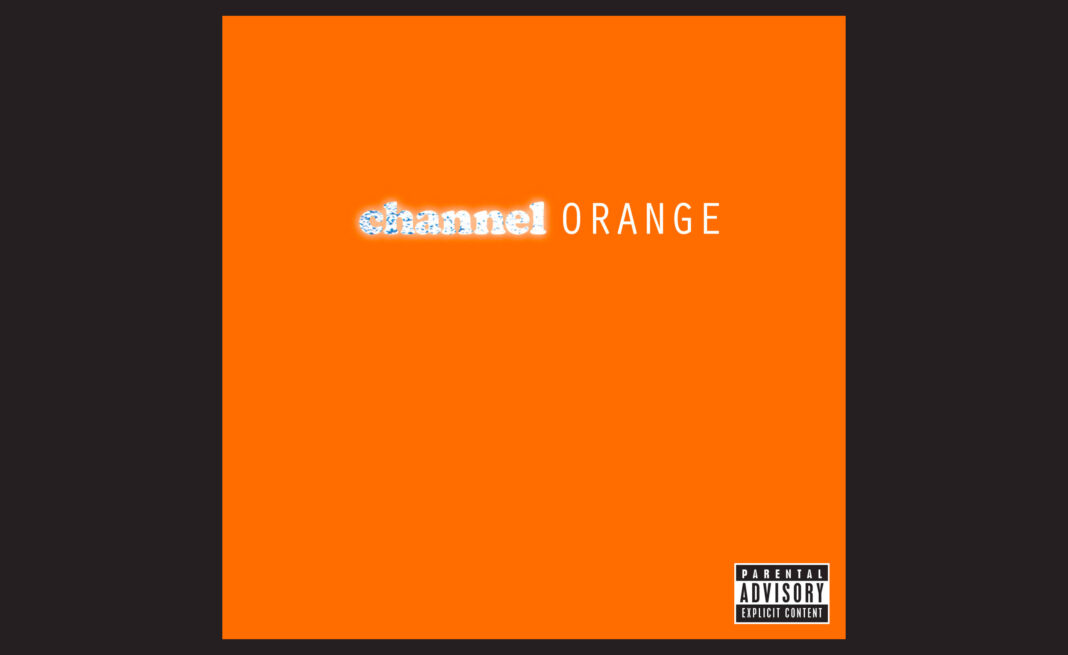 When Frank Ocean’s ‘Channel Orange’ arrived on July 10, 2012, popular culture was in a serious place of flux. We had just waved goodbye to the Twilight film franchise, learnt the identity of Gossip Girl, and were still wrapping our heads around the idea that Miley Cyrus, Selena Gomez and Demi Lovato could exist independently of the Disney Universe. Conversations around Black Lives Matter and LGBTQIA+ rights were bubbling, a feeling of DIY rebellion that surges with a new generation’s coming-of-age. When we weren’t dancing to ‘Gangnam Style’ or screaming along to Taylor Swift’s ‘Red’, we were reblogging edgy Spring Breakers GIFsets, or coveting the pastel-grunge that Sky Ferreira and Lana Del Rey were bringing to the table. Hollywood culture still had its hold on us, but we were happy for a chance to peek behind the veneer, to explore an alternative way of being.

With this context, it is perhaps no surprise that ‘Channel Orange’ became such a hit. Having worked as an R&B ghost-writer before joining rap collective Odd Future in 2010, Frank Ocean had the nous of an old professional, but the freshness of somebody who had something to say on their own terms. Signed to Def Jam, he found himself shelved due to a lack of available funds – or apparent interest – in developing a new artist, so went about self-funding and recording his debut mixtape, ‘Nostalgia, Ultra’. Racking up underground fanfare, it piqued the interest of Beyoncé, who recruited him to write for her album ‘4’, and then her husband Jay Z, who invited Ocean out to work on ‘Watch The Throne’ track ‘No Church In The Wild’.

Having convinced his label that he deserved full creative control, ‘Channel Orange’ became less of an album, and more of a creative CV. Carving out a singular identity after being part of a group, it told timeless stories of tragic unrequited love, delivered in couplets of contemporary-Shakespeare; “Do you not think so far ahead? Cos I’ve been thinking ‘bout forever” (‘Thinkin Bout You’)…”This unrequited love/ To me it’s nothing but a one-man cult and cyanide in my Styrofoam cup” (‘Bad Religion’) ‘Super Rich Kids’ proved that he could do sardonic humour over piano theatricality (I have always insisted that a mash-up with Elton John’s ‘Bennie & The Jets’ would absolutely slap), while ‘Forrest Gump’ played with all-American homoeroticism, a homage to a boy who could not stop running through his mind.

Tonally, the record set a new mood. It was a record that ushered in our era of ‘vibes’; rich but low-key production that can soundtrack a moody late-night drive as easily as it can a pool party. With the smooth R&B falsetto of Usher but the hipster edge of a grassroots newcomer, he had the confidence to mix genres and aesthetic styles, knowing that the immersive end results would speak to our ever-growing attention deficit. Who can even see that shade of orange now without thinking of Frank’s effortless cool? It was simple, but effective, the kind of cross-platform marketing that sees artists turn into to fully-fleshed brands.

As the years have played out, you can hear his influence not only on R&B, but on the playfulness of mainstream pop; The bing-bing-bing of the open car door that we hear on Olivia Rodrigo’s ‘Driver’s License’, the coolly-deadpan, shape-shifting spirit of Billie Eilish, the skit-splicing, episodic songwriting of Lorde’s ‘Melodrama’ or SZA’s ‘Ctrl’. Never afraid to mix personal vulnerability with a cutting societal take, Frank Ocean has been cited as an empowering influence by the likes of Arlo Parks, Khalid and H.E.R, who all push for an unshowy type of catharsis in their work.

Of course, the music was only part of the reason why ‘Channel Orange’ felt like such a reset. One week before the album’s release, on Independence Day, Ocean posted a moving letter to Tumblr, revealing that his first love had been a man and that the experience had shaped the way he approached sentimental songs;

“On the days we were together, time would glide… by the time I realised I was in love, it was malignant… I wanted to create worlds that were rosier than mine.”

Beautifully and poetically written, it offered generous insight and personal emancipation (“I feel like a free man”), but also stood out as a rare example of outspoken queerness in a genre frequently marred by open homophobia. Building his coming-out into a wider narrative of gratitude around his forthcoming record, Ocean not only made it easier for future stars like Lil Nas X and Kevin Abstract to live openly but made it clear that his sexuality was only one part of the tale he was about to tell. This open-ended spirit is reflected in ‘Channel Orange’’s range of pronouns and perspectives, encouraging the listener to focus on the storytelling rather than the specifics.

Though ‘Channel Orange’ had a broadly traditional roll-out campaign of singles and TV appearances, it proved to be the last time that Ocean would really play with the limelight. Few artists have been able to maintain intrigue on his level without having to actively court it, but his model of releasing when he is good and ready – and when he is able to efficiently fulfil the terms of his recording deals without raffling off his best stuff – can reassure future creatives that there are still ways to make popular art on one’s own terms. The unexpected vagueness of 2016’s ‘Endless’ might have been an odd choice for many, but it gave Ocean the deal-fulfilling freedom to release ‘Blonde’, broadly understood as his best work.

Where he goes next is anyone’s guess, but it all goes back to the boldness of his first record, the courage to go big and unapologetic knowing that the world will catch up. 10 years on, we’re still tuned in to his station, with no sign of changing the channel.

READ MORE: How do you solve a problem like racial diversity at Glastonbury?