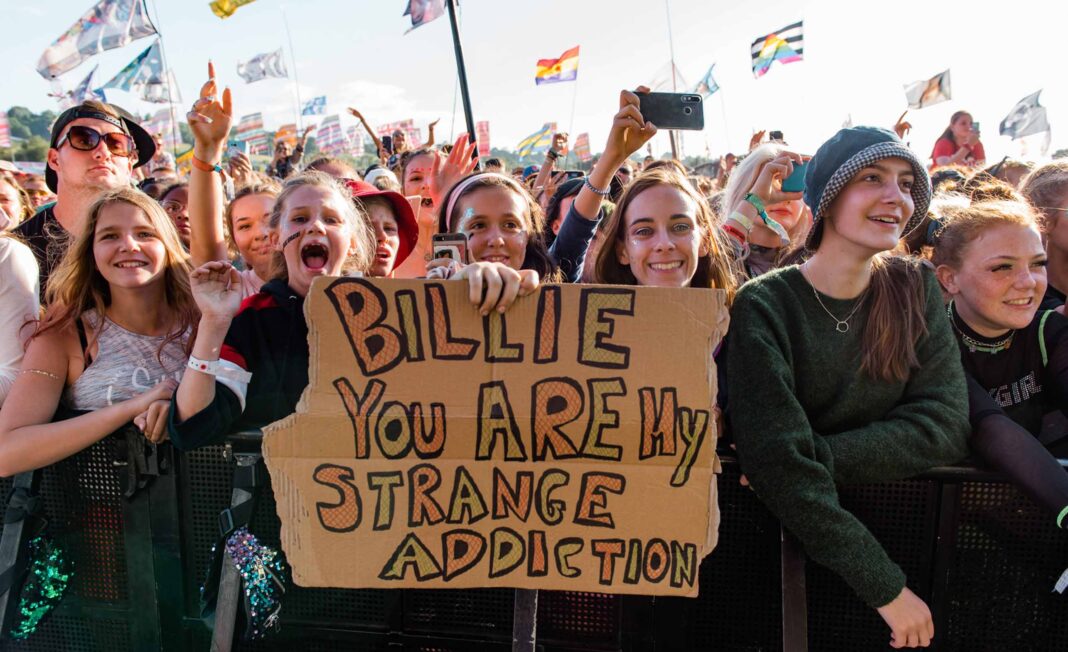 There are few feelings in life more potent than pre-gig anticipation. You’ve done war with your internet provider to secure the tickets, have convinced your parents to give you a lift, and now all your attention can go towards planning what you hope will be the best night ever.

What will you wear? What songs might they play? And increasingly, how early should you arrive?

Queuing has always been part and parcel of the hardcore fan experience, but in the age of TikTok, “getting barrier” has come to seem more pivotal than ever. Under COVID, austerity, and through the lens of stan culture, there is a keen desire not only to blow off steam, but to sap the absolute maximum from every experience, recording it for later posterity. Where once competitiveness between fans relied on them physically knowing each other or seeing each other at shows, social media has made it easier than ever to be envious of what other fans are showing off; amazing photos, collections of guitar picks and setlists, videos of the artist acknowledging them by name. Raised on a diet of ‘Alex from Glasto’ and ‘Harry Styles helps fan come out’ viral videos, the stakes for a memorable concert have never been higher, convincing us that we need more from the experience than just the music itself.

Fans can try to push themselves forward to get themselves noticed, but if every gig goer thinks only of themselves, you quickly end up in a very dangerous or unpleasant situation. A recent video from the Phoebe Bridgers tour has caused both admiration and concern over an escalating ‘trend’ for crowd rushing, while at Wireless Festival there were myriad reports of security struggling to contain the exuberance of fans trying to surge for the best spot. There have been stories of people passing out before concerts have even begun, or of artists having to stop their sets multiple times to address medical emergencies in the crowd.

While some of the attention on this issue can be linked to a heightened sense of responsibility post-Astroworld, crowd pressures are clearly linked to the stan effect of social media. With TikTok and Stan Twitter in our pockets, even those who would never have dreamt about camping out ahead of a concert are now getting concerned that unless they get there many hours early, they’re not going to get a decent view or enjoy the show as much as they “should”.

So why do people even bother? For every internet horror story of crowd crushes or instances of fans faking sick to get into the welfare tent in the hopes of free merch (spoiler; it rarely works), the thrill of getting to the barrier does come with undeniable perks. For shorter or younger fans, that barrier spot means not being stuck behind somebody tall, and maximises the chances of getting a setlist or guitar pick after the gig. “I want to be at the front to get interaction with an artist; them seeing or reading a sign, singing to me, anything,” says Ro, a 19-year-old fan who tells me that they recently waited 37 hours in line to get barrier for Billie Eilish. “I think a lot of the time campers are made out to be insane and crazy, but we just really want to be in front, and we’re making sure we get it.”

Though Ro does acknowledge that camping requires significant pre-planning (“people say it’s unfair to people who have work or school, but it’s just about managing your time”), it can also be a great way to meet fellow stans. Lou, 31, has been camping out for their favourite shows since 2011, and describes it as an “integral part” of the whole experience. Most recently, Lou came from Italy to camp out from mid-afternoon the day before My Chemical Romance’s comeback show in Dublin, their first trip abroad and first gig on their own. Immediately, Lou says, they were made to feel welcome:

“There were people from all over the world, and we basically adopted each other. We shared food and sunscreen, shared little gifts like prints and stickers and pins. We also shared our stories; where we came from, what the band meant to us, the storms that each one of us faced in our lives to get to that moment. We’ve all been waiting for these concerts for so long and it was beautiful; there was a sense of love and community and mutual respect that I’ve never experienced anywhere else in my life.”

Given that pre-gig camping can be quite magical when it does go well, trying to dissuade people from intensive queuing will never stop it entirely, even when safety concerns are in question. Instead, attention should be turned to better ways of camping, simple precautions that can be made to make the experience smoother. For Ro, it’s pretty simple “be nice, bring lots of food and water, and get a camping chair.” Like the majority of heightened fan expressions, queuing culture inherently rewards spritely youth, and so those with achier knees or sore backs might want to make significant plans in advance if they are prepared to spend hours parked on cold pavement in the name of their fave.

Lou, a self-described “queuing veteran”, is also full of useful tips. “Dress comfy, not fancy,” they said. “Don’t underestimate the sun, especially during summer: sunscreen and a bandana can make a huge difference. When it’s cold, thermal blankets are economic and can fit in your pocket, while a rain poncho is often better than an umbrella. Bring energy bars for endurance sports too: they’ve got slow-release energy which will keep you going until the end of the concert.”

At the artist’s end, it is perhaps also important that barrier runs don’t become the only way in which fans can feel close. On the European leg of her ‘Solar Power’ tour, Lorde left out a postal box where fans could leave letters, while groups like Easy Life have held pre-show hangouts for their discord members, limiting hysteria by making themselves accessible. Even for bigger artists, there are tweaks that can be made for greater practicality; when Lady Gaga’s 2011 ‘Born This Way’ ball came to town, queueing for first-come-first-serve ‘Monster’s Pit’ access was only permitted from 8am, and with all upgrade tickets dished out by 11am, fans could go about their day without the ‘will I, won’t I’ stress of indefinite queuing. With clear communication and rules, artists can help to set boundaries around fan expectations.

When all is said and done, maybe we also need to calibrate our own sense of achievement. No matter what TikTok tells you, not wanting to squished against the barrier doesn’t make you any less of a fan, just as prioritising performance over individual attention doesn’t make an ungrateful artist. Being at the barrier can be a thrill, but so can hanging back with your mates for a dance, putting the phone away and being in the moment. Whatever your preferred gig etiquette, just remember that the best thing about live music is community, that feeling of being truly part of a crowd. If that feeling is to be protected, we can’t let individual enjoyment get in the way of a bigger fan picture.

Tips for inside the gig