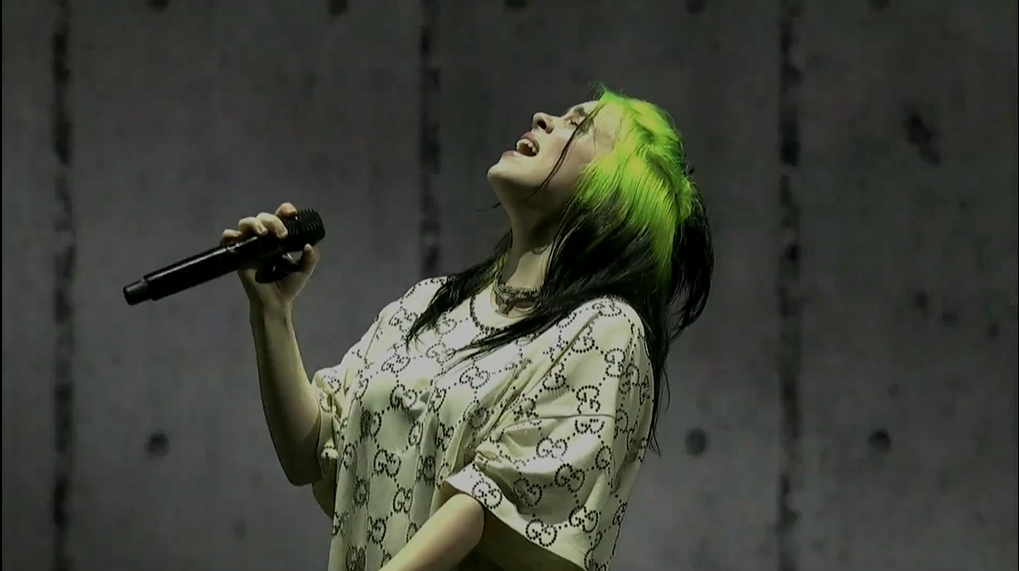 There is usually a bit of ceremony around a Glastonbury Festival headliner announcement, but in one not-so-cryptic Instagram post last week, Billie Eilish marked the latest in the important trajectory of both the festival and her own career. At 20 years of age, she becomes the youngest solo headliner in Glastonbury history, the first female headliner since 2016, and the latest in a long line of acts who have caused negative reactions akin to Grandpa Simpson shouting cantankerously at a passing cloud.

Though headline announcements can be polarising, it’s difficult to remember the same pre-emptive skepticism around a 21-year-old Alex Turner in 2007 when he led Arctic Monkeys to Pyramid Stage victory, or a 20-year-old Mark Hamilton fronting Ash in 1997. Maybe it’s a Twitter thing, but according to the complainers in Emily Eavis’ comments, Billie Eilish simply doesn’t suit what the festival “should represent” and isn’t enough of a “real” artist, tied up in boring notions of supposed authenticity that are aimed so disproportionately at young female musicians. Within minutes of the announcement, naysayers were debating her ability to sing live, bemoaning the fact that she doesn’t have any instruments and only two albums, and claiming that by booking her, Glastonbury are somehow abandoning their moral principles in favour of catering to a ‘V Festival’ agenda.

Gender often comes into play with these sorts of criticisms, but so does genre. Despite Glastonbury boasting musical eclecticism since the festival’s origin, the assumed sentiment that only rock deserves the top spot comes up every year. Whether it’s bemoaning the presence of a hip-hop star or whinging that someone is too mainstream to play. Last time I checked, planned 2020 headliner Paul McCartney wasn’t exactly niche, and yet there is a section of Glastonbury’s audience that feel particularly resistant to the idea of diversity or change.

The ironic thing is that if you want to reduce Glastonbury headlining to a question of legitimacy, Billie Eilish has got more of that than most. A Bond theme, seven Grammys and a demonstrable CV as a large crowd puller, her discography contains all the pivotal moments that a festival set needs; dramatic highs and softer moments, a poignant sunset singalong (‘when the party’s over’) a firework extravaganza to open and close (‘bad guy’ or ‘therefore i am’). She may only have two albums (didn’t stop Mumford & Sons, Arctic Monkeys or Pulp), but she’s also Billie-effing-Eilish; she’s hardly likely to shuffle onstage without putting significant thought into the staging, messaging, choirs, guests… whatever she feels she wants to do to put on her best show.

Not all Britpop fans were stuck in the doldrums. Many are on Twitter proving that – shock horror – it is possible to enjoy or at least be open to new music past the age of 30, or to recognise that the job of Glastonbury is to reflect a little bit of something for everyone, to showcase the best of the contemporary arts. People are within the rights to tweet about how a headliner might not be for them; after all, it’s natural to want to be catered for at a festival you love, and the feeling that you might no longer be immediately enthused or knowledgeable about the top acts on the bill can open up a degree of disappointment that borders on the existential. But when that disappointment tips into an aggressive dismissal of what younger generations like, it all becomes a little tired. In the UK at least, there can’t be too many music fans left that haven’t had ample opportunity to experience Coldplay, Foo Fighters, or at least one of the Gallagher brothers live if they really wanted to. Reliable and enjoyable as those acts can be to watch, all good festivals need to rely on a mix of legends and legends-in-the-making if they are to sustain an audience, to show that the whole music ecosystem thrives when you fling open the gates and encourage people of all colours, genders and ages to reach their full potential.

As it stands, rumours are rife that Eilish will be joined by Kendrick Lamar and Paul McCartney, but there is also the possibility of Taylor Swift’s rebooking from 2020 or even somebody like Adele or Lizzo. Could you imagine how much righteous Twitter-anger an all-female headline roster would bring, but also what a powerful statement that would make? The excitement and the anticipation of an announcement is a huge part of what makes a festival great; when you already know exactly what you’re going to get year on year, you’re likely looking at an event that only serves to privilege a very particular kind of fan.

After years of festivals are actively shrinking back from booking female artists or artists of colour in dominant spots in favour of sticking to the white male tried-and-tested, Friday 24 June 2022 will be more than just a landmark occasion for Billie Eilish. It is an opportunity to make the young women in Glastonbury’s audience feel actively catered for rather than merely tolerated, for older fans who love her (Twitter shows that there are plenty) to see an artist who might have been difficult to get tickets for, and for new discoveries to be made by people who realise that actually, the tiny snippets they’ve heard in a moral panic over corrupted TikTok youth aren’t reflective of the versatile pop behemoth that is there for all to enjoy.

Like so many historical sets before it, there is no knowing who that performance might inspire, whether in the fields or watching on TV. And if it really isn’t for you? There is plenty else out there to watch. With hundreds of acts to choose from, there’s no knowing what magic you might find instead of grumping your way through that two-hour set. But maybe it could be worth packing away those assumptions and sticking around for a glimpse of the future — in Billie’s hands, you might just like it.