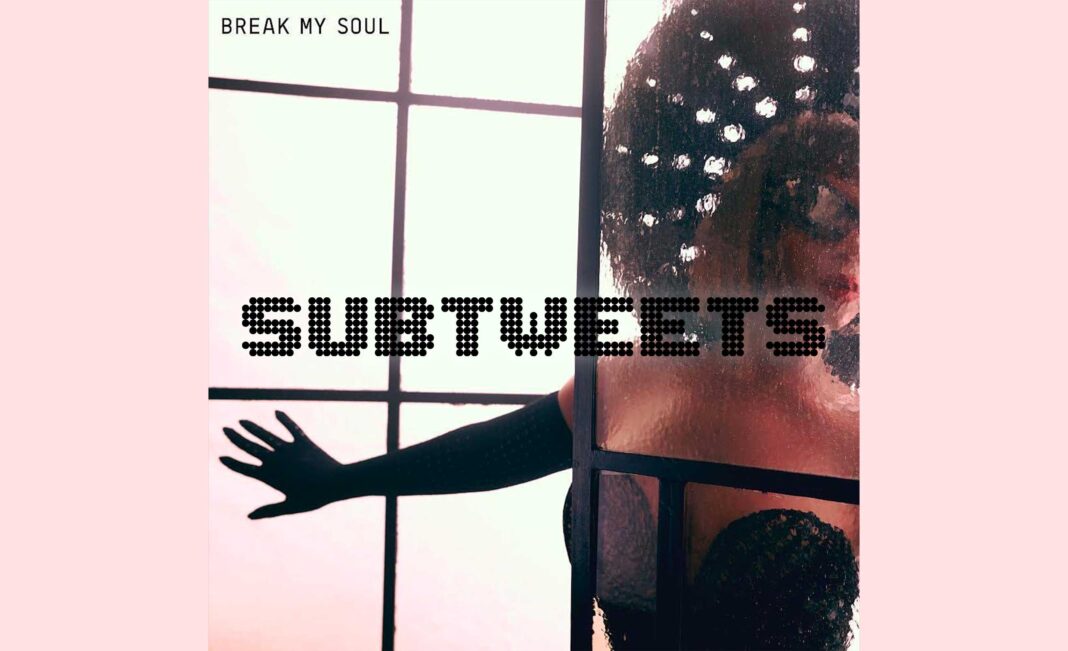 As a music journalist with a nerdy penchant for lists, I sometimes like to play a game where I think back on all the summers where music set a real tone for the season. Being a fan of Drake in the everlasting ‘One Dance/Controlla’ summer of 2016 is up there, as is 2013, the year that Disclosure released ‘Settle’. Going back even further, I remember playing DJ Pied Piper’s ‘Do You Really Like It?’ on endless repeat in the summer of 2001, eight years old and totally convinced it was the best thing I have ever heard. I wouldn’t really describe myself as much of a dance fan these days, but there is still no denying that that kind of music has an empowering energy to it that is difficult to find elsewhere, an ability to transcend whatever might be plaguing you in the moment.

Amidst the throwback ‘Flowers’ and ‘Show Me Love’s that get dusted off every summer, Beyoncé is making a play to add her own uplifting classic to the mix. ‘Break My Soul’, her first album-era work since 2016’s ‘Lemonade’, is the opening cut from ‘Renaissance’, her forthcoming seventh studio album. As expected, it has sent the internet absolutely wild, labelled by the most feverish members of the Beyhive as a kind of cultural reset.

At a positively luxurious four-and-a-half-minutes, ‘Break My Soul’ might seem underwhelming at first. House beats sometimes have the connotation of being a lazy pivot for Pop-R&B artists, an easy ‘oontz-oontz’ win to get the crowd going. But with repeated listens, the layers unfold; nods to the LGBTQIA+ and Black-centric bounce community breaks for the Vogue choreography that will inevitably follow with the video, one-liners that are destined for Instagram captions and TikTok routines. Someone of Beyoncé’s stature belting out a chorus that invites us all to quit our jobs is faintly ironic, but the overall feeling is clear; this summer, we are dumping down our worries and two-stepping ourselves far, far away.

If Queen B is indeed on a “new vibration”, it’s not a moment too late. Recessions and periods of cultural depression have always invited parties as an act of defiance, and 2022 is shaping up to be no different. Amidst the pandemic, we have all realised that a lot of society’s structures are a bit of a sham; jobs that don’t love us back, the pressure to save for life ‘goals’ like mortgages and kids that we’re not sure we want, government leaders who set one rule for us and another for themselves, seemingly determined to move society backwards rather than forwards. With so much turmoil, people are looking for a good time; is it any wonder that utterly giddy acts like Bad Boy Chiller Crew have thrived?

Beyoncé may not be our peer in all forms of societal struggle, but she does know the value of escapism, of dancing through one’s pain. After the tumultuous content of both ‘Beyoncé’ and ‘Lemonade’, ‘Break My Soul’ feels like the start of an era that is still rich in determination and self-ownership but potentially through a less heavy lens. Will house be the only style she offers a renaissance to? I can’t wait to find out.

Drake, by comparison, is still something of a moody customer. His seventh album ‘Honestly, Nevermind’ dropped with the casual surprise of its title. 14 songs of lo-fi hipster house, it makes for the kind of playlist that bars can leave on loop without upsetting their patrons, instantly familiar with its solid BPM. It’s a style of work that Drake knows very, very well; maximising his singing voice and penchant for self-pitying nostalgia, it’s an invitation to turn out without the fuss, a backyard cook-out in comparison to Beyoncé’s out-and-out rave. Given the ease with which we all seem to enjoy mocking Drake as the meme-friendly rapper that he is, both Beyhive and cultural commentators have been having a lot of fun with the idea that Drake has somehow been snooping on her plans to pivot to house, whipping up his album as a way of chasing the same trend. ‘Honestly, Nevermind’ may be smashing records, but critical reception has been decidedly mixed, already moving on to the next.

Of course, standom thrives on pitting artists against one another, and the ‘culture vulture’ aspersions that have been cast upon both Drake’s originality and authenticity are well established at this point. That said, ‘Honestly, Nevermind’ still has some very strong moments. ‘Massive’ feels like it could have sat happily upon ‘More Life’, while ‘Jimmy Cooks’, featuring 21 Savage, is about as quintessentially Drake as you could hope to get, his Memphis-rap-inspired bars irresistible in their brand-solidifying wordplay; “Fuck a pigeonhole, I’m a night owl”. It doesn’t reinvent his wheel, but it’s a welcome addition to his catalogue, and quite frankly, a great playlist for those Friday afternoons where the post-work drinks are just beginning to flow.

While the great Beyoncé Vs Drake battle is a matter of personal preference, there is one thing to get clear in the current discourse; neither artist is a total pioneer. You can’t bring back a sound that never truly went away; from Kaytranada to Jamie XX, the replay value of David Guetta & Kelly Rowland’s collab to even the ever-problematised Azealia Banks — an artist who much of Twitter has suggested would have eaten up a Beyoncé collab— have been doing this euphoric sound for a while and deserve their flowers for doing so. Nonetheless, to see house music occupied at the very highest levels of commerciality can only be a good thing, particularly when it pays respect to the communities that have founded it. From here, we can open up conversations around the many forms of joyous, diaspora-rich music that deserve bigger platforms; afrobeats, dancehall, bounce.

When we dance with friends and feel the oneness in the room, we all get a little bit closer to the kind of joy that should be more of a priority in our everyday lives. If both Drake and Beyoncé are capable of bringing that feeling to the masses, who are we not to mark 2022 as their year?