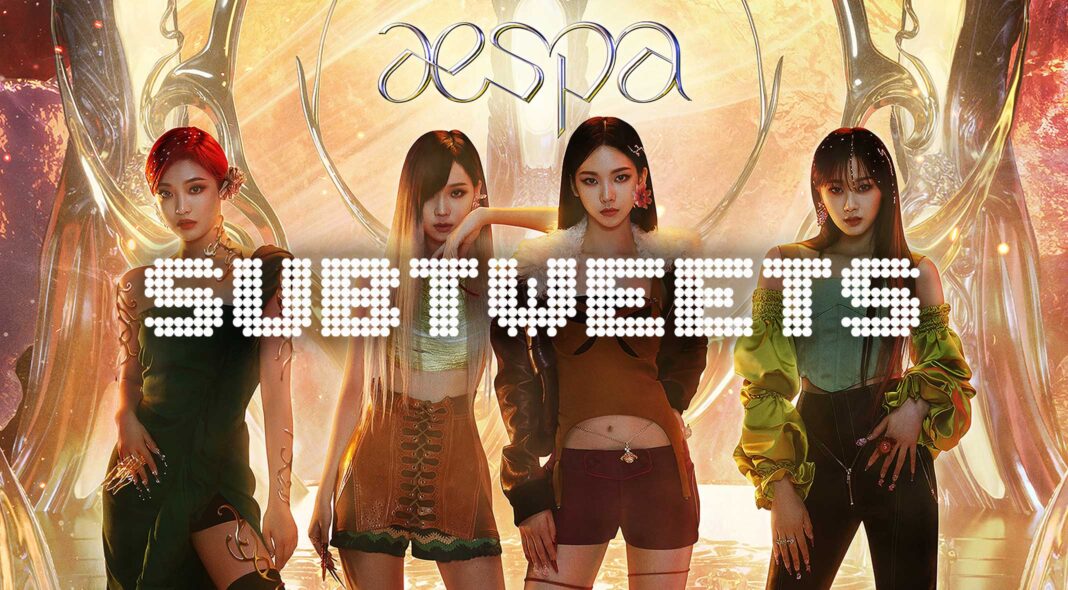 About once a fortnight, there is a YouTube channel — K-Ville — that I play on my TV, allowing it to introduce me to everything I have missed in the wonderful world of K-Pop. Counting down their fan-voted chart, I note down new favourites with the same enthusiasm that I had taping the Sunday nights charts as a kid, a full-circle return to the purest kind of fandom. It’s one of my favourite musical rituals, and the only way I stay abreast of a genre that seems to constantly be offering something new.

I have K-Ville to thank for the introduction of aespa, the hottest rookies from SM Management, known for launching the careers of Girls Generation, Shinee, Red Velvet and more. I heard their songs ‘Forever’ and ‘Black Mamba’ and liked them well enough, a keen display of a group on the rise. But when I first heard ‘Next Level’? Gamechanger. Right up there with my favourite songs of the year, there is no denying its impeccable hook, and in the last month alone, I have watched every performance that exists of it (there’s a lot), tried to master the dance routine (unsuccessfully) and generally recommended immersed myself in the lives of these four young idols. Long story short, you could consider me a MY (the official aespa stan name).

It’s hard to fully capture the irresistible quality that makes ‘Next Level’ so euphoric, but there are a few important factors at play; the easily stannable format of four girls (not too many to keep track of), their impeccable commitment to clean choreography, and the delivery of various beat drops that costume-change their sound through a whole range of influences;  jazz, hip-hop, old-school RnB. Lyrically, it’s joyous and fantastical; the story of a group exploring the fictional universe of Kwangya, a key theme for their developing narrative.

At present, the song is thriving on Korean radio, but also crossing over globally, making aespa the third South Korean girl group to appear on the Billboard Global 200 more than once. If you check Twitter or YouTube, you’ll be hard-pressed to find a K-Pop idol or influencer figure who hasn’t been spotted somewhere on a livestream performing their own version of the now-iconic aespa ‘E’ dance move. If there was ever a sign that K-Pop culture can also be mainstream western culture, this is it.

Trying to make sense of my new obsession, I turn to my friend and fellow The Forty-Five contributor, Abigail Firth, resident K-expert and a solid informant on the way aespa fit into SM Entertainment’s wider ethos.

“I do think SM’s legacy is unmatched, largely down to the fact that they’re not afraid to experiment sonically, while also still giving each group their clear ‘thing,’ she says. “It’s been a while since they last launched a girl group and every time they do, they bring something new to the table; Girls Generation were quite girly and bubbly, FX brought the cool, Red Velvet were fun and fresh, and aespa is completely different, quite sci-fi-ish. Storyline albums are a big trend in K-pop at the moment (TXT, ENHYPEN and LOONA are all really good at this) and I think aespa are going to be really malleable, lending their concept to a big melting pot of influences.”

Storyline technology is definitely a vital part of the aespa brand. When the group were first debuted at the 2020 World Cultural Industry Forum by SM Entertainment founder Lee Soo-Man, he made it clear that aespa would play a key role in unlocking “the start of entertainment in the future”, straddling real and virtual reality worlds. The true extent of this has not yet been unveiled, but through aespa’s music videos and social media, you can see that each of the four girls comes with her own “aes-“ avatar, a performer that exists in a different dimension to her corresponding namesake. Given the pressure on idols to deliver 360 experiences for their fans, an avatar band can surely help to fulfill the kinds of commitments that would put an unhealthy toll on the human body, essentially rendering aespa omnipresent. Similar in some ways to the superhero, otherworldy concepts put forth by LOONA and EXO, it’s perfectly befitting of a brand as ambitious as SM Entertainment, but does come with some safeguarding concerns.

“There’s definitely a lot of potential with it, but the girls are still pretty young; it’s enough to be exposed to the whole industry as a teen without the added pressure of seeing what I can assume is an idealised version of themselves blown up next to you.” Says Abigail. “I think it can be quite damaging in that respect. Then there’s the question of boundaries, which are already a bit of a grey area with apps like Universe launching that allow fans to receive Ai calls from their fave idols. It’s all cool stuff, but I do feel a bit of a need to protect the girls.”

The Forty-Five’s other resident K-Pop expert, Rhian Daly, is also waiting to see how the technological element plays out.

“We’ve had entirely virtual groups before –Eternity, and K/DA, a girl group based off of four League Of Legends characters, but the messaging behind aespa stands out as something different; it’s a comment on the relationship between our IRL selves and how we present ourselves online. If it can take some of the strain off of the members in terms of exhausting performances then that’s great, but there is an issue with the dehumanisation of idols already, and I think some people were concerned that aespa’s concept would contribute to that. Now that we’ve been able to see how it works in action, it seems like the real members get most of the focus, but I suppose it depends on how the balance is deployed in the future.”

While all eyes are mostly trained on the four physical entities of NingNing, Winter, Karina and Giselle, there is more than enough to love. In February, the group were named as 2021 ambassadors for Givenchy, and fans have been lapping up the abundance of shoots and videos that they’ve been providing, forming a better idea of their individual personalities. When I chat with Sophia, a certified MY after discovering their first official single ‘Black Mamba’ last year, it becomes clear that the fandom is really enjoying having a new rookie girlgroup to root for, particularly when many of them are so similar in age.

“I think all four members are a breath of fresh air and they seem to have such genuine personalities; they remind me a lot of my friends that I have in real life!” she says. “I think what aespa are doing with technology is really interesting and definitely targeted towards the generation who grew up online. My favourite member is Giselle — she’s really funny and I love her voice and music taste. All of us just enjoy supporting their work, and want to continue supporting them kindly and respectfully. I really love that kinda in-your-face, ‘this is who we are, deal with it’ vibe we got on Next Level, so I hope there are even more songs like it on the album.”

With the album date set for later in the year, fans are hopefully drawing closer to learning more about the nature of Kwangya and aespa’s desire to defend it from the Black Mamba, as well as the potential possibility to enter the virtual world for themselves, teased a few days ago at the 2021 SM Congress. A Hollywood movie also appears to be in the works, expanding aespa’s reach even further as a multi-faceted entertainment force. It’s a tough old market out there, but signs are looking good that aespa have what it takes to thrive, worthy of serious high-end investment.

“The K-pop industry is more saturated than ever and the pressure is well and truly on for any new group,” says Abigail. “SM has been really pushing to get a globally-successful group that can really rival Big Hit’s BTS and BlackPink in the west, so it’s testament to the aespa girls’ talent that ‘Next Level’ might be that hit for them. I truly think the aespa girls will thrive, and just like their forefathers — or rather foremothers — at SM, they’ll carve out their own groove.” With so much early excitement, aespa standom is looking pretty enticing —if this is the next level of K-Pop, we can’t wait to see the view from the top.

READ MORE: Pandemic pop and the rise of the digital avatar