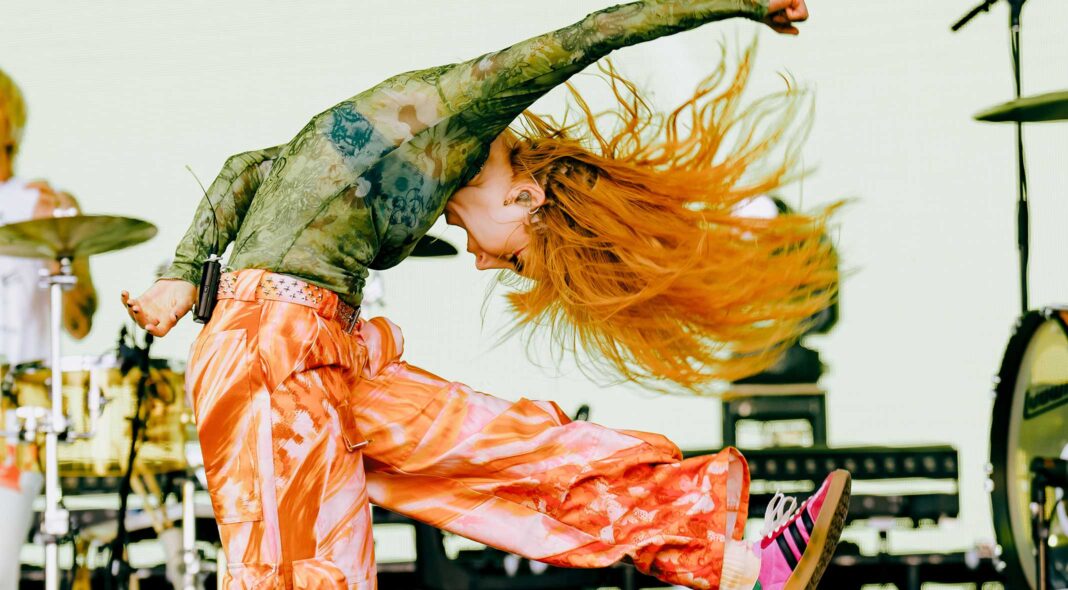 At Austin City Limits festival in Texas this weekend, Paramore brought out PinkPantheress to join the band on stage for a performance of ‘Misery Business’.

British 2022 Sound Of poll winner, Pink Pantheress, jumped on stage with Hayley Williams for the fan-favourite song, which Paramore have recently reintroduced to their set.

“Do you want to introduce yourself?” Hayley Williams asked the TikTok star during the song’s breakdown, where Paramore usually invite a member of the crowd to sing with them.

“I’m PinkPantheress,” she responded before affirming her status as a Paramore fan: “Thank you for letting me on this stage, it’s so amazing. I’m doing music because of you.

“I’m not gonna get into it, I just love you so much!” she added.

“I remember a time when we had a MySpace and we were still a really small band. We were really small. We hadn’t even put out this song and we had noticed that kids were calling themselves ‘Parawhores’. We were like, ‘Ugh, that’s weird!’. But I guess what I’m trying to say is, it’s a word and if you’re cool you won’t call a woman a whore because that’s bullshit.”

READ MORE: ‘This Is Why’ is Paramore at their creative best