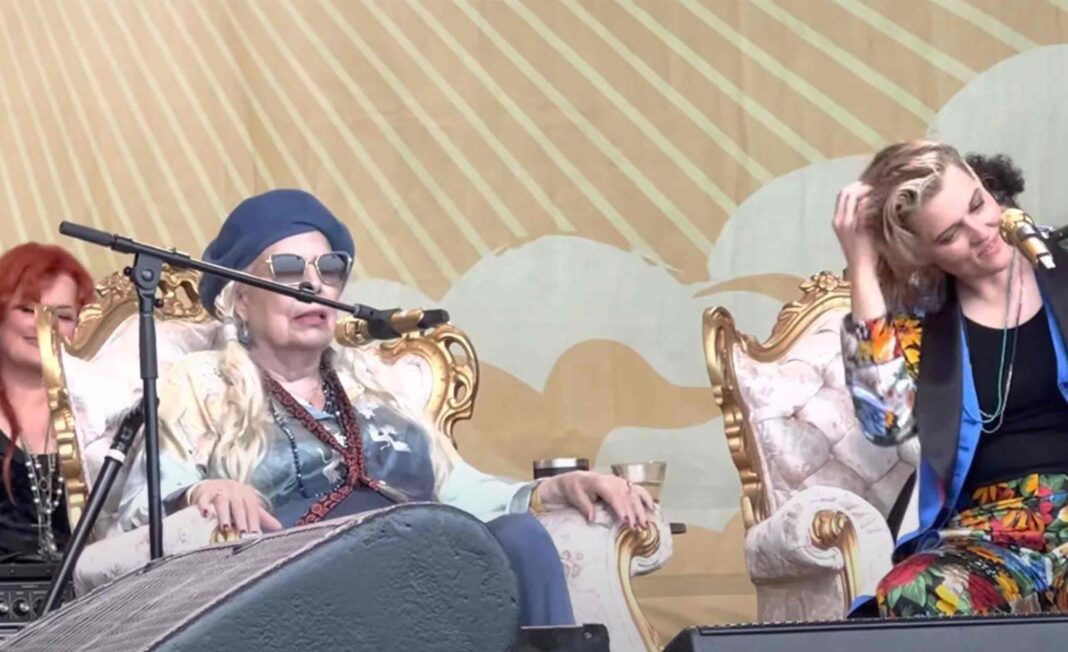 Joni Mitchell delighted fans at Newport Folk Festival in Rhode Island this weekend by making a surprise appearance with friend, Brandi Carlile. Mitchell, now 78, hasn’t performed and has rarely appeared in public since suffering a brain aneurysm in 2015. Her last live show was in Los Angeles in 2002.

The singer-songwriter played a 13-song set including ‘Big Yellow Taxi’, ‘A Case of You’ and a cover of ‘Why Do Fools Fall In Love’.

Forming something of a supergroup, Mitchell was joined on stage by Marcus Mumford, Wynonna Judd, Blake Mills, Jess Wolfe and Holly Laessig of the band Lucius, and Mitchell’s bandmates Phil and Tim Hanseroth and Celisse Henderson. The last time she performed at the Newport Folk Festival was in 1969.

Earlier this year, Mitchell followed Neil Young in removing her back catalogue from Spotify in protest against Joe Rogan’s spreading of COVID misinformation on his Spotify-commissioned podcast. She said: “Irresponsible people are spreading lies that are costing people their lives,” Mitchell said. “I stand in solidarity with Neil Young and the global scientific and medical communities on this issue.”

What perfume does Rihanna wear?