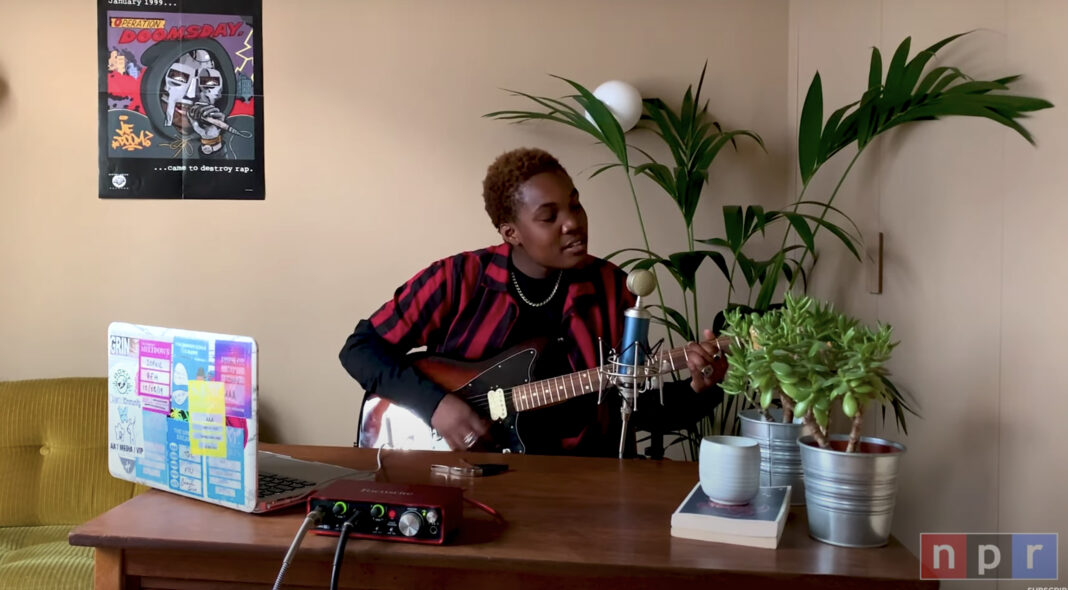 Arlo Parks is the latest artist to take on NPR’s Tiny Desk (Home) Concert. The YouTube series sees artists perform a stripped-back session behind a desk, usually in NPR’s offices in Washington DC.

With lockdown restrictions making travel difficult, The 19-year-old west Londoner performed a gorgeous rendition of her songs ‘Hurt’, ‘Cola’, ‘Eugene’ and ‘Black Dog’ to a virtual audience of thousands, from her own home.

During the session, Parks revealed ‘Eugene’ to be the favourite song she’s ever written and ‘Black Dog’ and its tackling of mental health, to be the most personal.

In an interview with us earlier this year, Parks said of the song: “I think what I want to achieve is just connection. It’s all about connection for me. Connecting with my own emotions and connecting to others, with listeners, and helping people. I started writing when I was really young, and started writing stories when I was about 11 or so. It’s always definitely a form of personal therapy, and was always about me getting things out. I felt like writing them down made them easier to process.”

In recent months, Arlo Parks also covered Radiohead’s ‘Creep’, to much critical acclaim and played in front of an empty Pyramid Stage frame as part of this year’s cancelled Glastonbury Festival coverage.