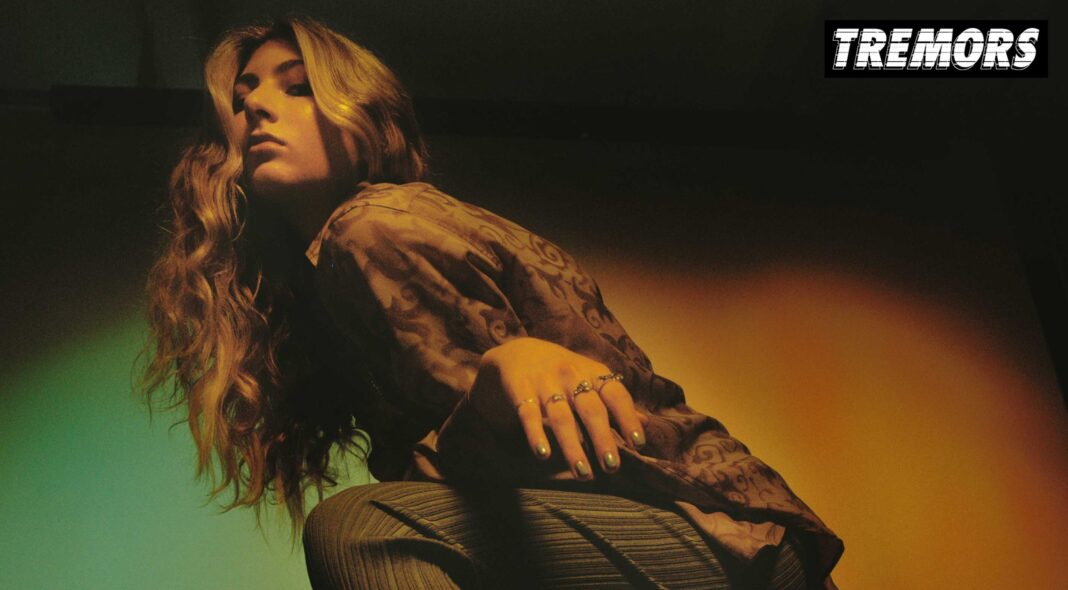 Playing CBGB’s. Becoming a regular DJ on the New York club scene. Blowing up online with your own irresistibly cool and catchy songs. These are the things the wannabe popstars dream of one day achieving, but few will come close to making it a reality. Enter Blu DeTiger who has already crossed all that and more off her bucket list, despite having only just turned 22.

If you’re coming to the native New Yorker’s story fresh, you’ll probably know her as the viral TikTok sensation. She’s gained over 1million followers on the platform thanks to videos of her playing bass over hit songs like Doja Cat’s ‘Say So’ and Kanye West and Estelle’s ‘American Boy’. In reality, DeTiger (yes, that is her real name) has been at this music game for a lot longer than we’ve been experiencing quarantine boredom, having initially picked up the bass at age seven. She chose the four-string instrument as a way to set herself apart from the guitar-wielding masses and, as she shares her story over Zoom from an LA hotel room, it becomes clear that individualism is important to her.

DeTiger first started to make a name for herself as a 17-year-old DJ in her hometown, making waves for bringing out her bass and improvising over the records she was spinning.

“I had never seen it before,” the 22-year-old explains with a knowing grin. “You see people play saxophone or trumpet [in DJ sets], or guitar even but no one really does bass.” During that first set, she had “an epiphany moment”: “I was like, ‘Woah, I love this feeling – this is it’. I just kept going with it and brought my bass everywhere, and it just became my thing.”

If being a bass-slaying DJ superstar wasn’t enough, DeTiger is also one of New York’s most exciting young artists. Since 2019, she’s released a slew of singles that command you to head to the middle of the nearest dancefloor (in the before times, at least). Now, she’s releasing her debut EP, ‘How Did We Get Here?’ – seven tracks of slick bass grooves, fun and funky pop hooks, wrapped in the crisp atmosphere of nostalgia.

One of the standouts of the record is ‘Vintage’, a timeless new addition to the indie disco canon that highlights not only its creator’s ability to craft a great pop song but the smart layers she can sneak into one. “I’m a vintage girl hanging with the flashback kids, I need a vintage boy for my outfit,” she sings nonchalantly. “Always holds the door but I found him in a moshpit.” It effortlessly flips the idea of women as arm candy for men on its head.

“Sometimes I just want someone to be my accessory and to come around with me,” she explains. “I don’t need anyone to really be my partner, but I need someone to just carry my bass to the club and stand next to me and look cool.” She bursts out laughing, aware of how her explanation might come across to some. “It sounds so dumb! But I think it’s funny. [Later, I realised], ‘This is actually interesting because usually, it’s the other way around’. It’s supposed to empower women but it’s overall just a fun track.”

‘Vintage’ might have been a happy accident, but DeTiger is very intentional when it comes to making music more inclusive for young women. Growing up, she only had “a few female-identifying bass players” to look up to, but had to search them out. “That’s what’s so cool about TikTok,” she says. “If you like music, it’s pretty probable I’ve been on your For You Page, so it’s exposing me to more people so they don’t necessarily have to go and find [female bassists].”

She tries to answer all of the many DMs she gets about learning bass, equipment and more, and has started doing bass tutorials to help others. “I had really good mentors so if I could be that for anyone else, that would just be awesome,” she smiles, noting that she’s already witnessing more interest in her instrument. “Now there’s a new community of young bass players, which is sick because I didn’t know anyone else who played bass when I was younger.”

As any young woman entering the music world will have experienced, DeTiger has had her ability and authenticity questioned and still does now. It’s partly why she was uncomfortable calling herself a producer until now (she’s produced or co-produced every song on ‘How Did We Get Here?’). “There’s all those stereotypes about chick bass players and, as a person, I’m really in touch with that,” she sighs. “I want to make sure that I actually have the talent and the skill to back it up. Some of that feeling came into the production too – I wanted to actually know what I was doing and be able to talk about it and back it up if someone was like, ‘She doesn’t actually produce her own songs.’”

Having to deal with that attitude from others might be an annoying extra burden for a bona fide star-in-the-making, but DeTiger says their ignorance fuels her to be bigger and better. “I use that energy to motivate me to really get good so people can’t say that stuff,” she shrugs. “That’s what I did for bass and for DJing and for writing music. That’s my motto. I just try to be the best that I can.” She spins in her chair and cracks another confident smile: “I mean, it’s working!”

Blu DeTiger’s EP ‘How Did We Get Here?’ is out now.