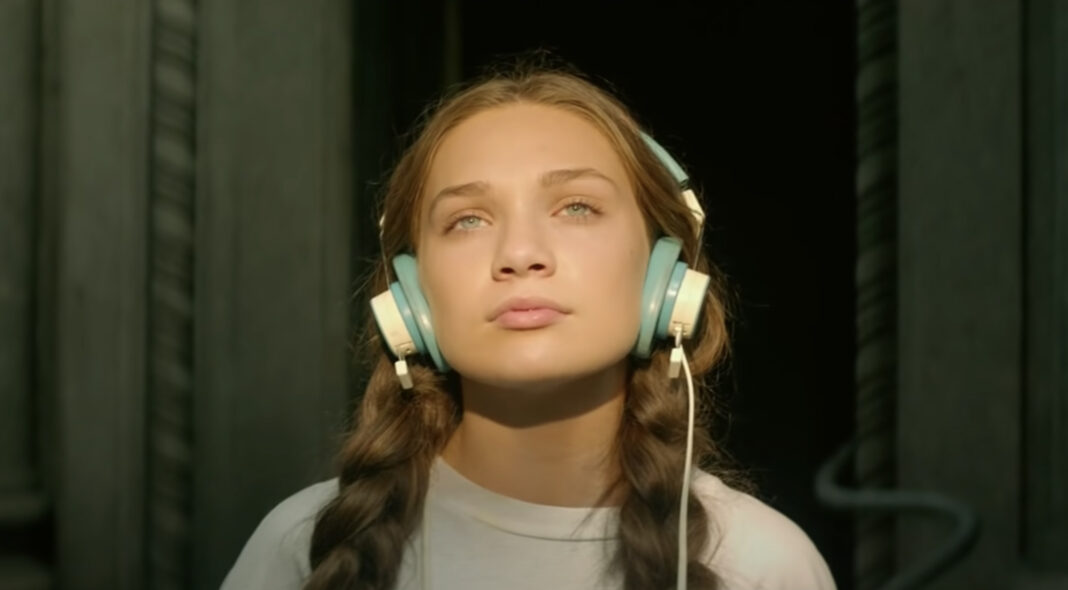 For anyone on the outside of the autistic community, the reaction to the trailer for singer Sia’s new film, Music, might seem a little unfair. The film, which is about a newly sober woman called Zu (Kate Hudson) who becomes a carer for her nonverbal autistic younger sister, Music, seems innocuous enough. Its trailer shows Music as a happy girl who sees the world very differently to her sister – mostly, it seems, in dance sequences. Sia’s intention, to show autism not as a disability but as something special and magical, seems kind. She reiterated on Twitter and in press releases just how good her intentions are, even if she cast neurotypical actor and dancer Maddie Ziegler in the role.

Many have questioned how an entire community can criticise a film without seeing it, with one article on the Telegraph by Ella Whelan cruelly dismissing autistic people’s concerns, with a headline reading, “Sia did nothing wrong – why is her film being ‘cancelled’ before anyone has seen it?” and a subhead that claims “the identity-politics crowd have picked a new target.” Whelan’s perspective is ignorant of the issues surrounding the film, Sia’s behaviour, and the reality for autistic people like me, who have never seen ourselves properly represented on-screen. However, I can empathise with people who are finding it difficult to understand how something so “nice” can be so hurtful.

The first red flag for many autistic people was the casting, but it isn’t the only issue. Neurotypical and able-bodied actors play 95% of characters with disabilities, meaning that while Hollywood is interested in telling our stories, they aren’t interested in letting us do so ourselves. That is, sadly, the standard. The story, too, is pretty commonplace. While its intentions aren’t malicious, portrayals of autism as a “superpower” and autistic people as naive, magical people who see the world in technicolour are overdone and fetishistic. While I do experience many things in a very pure, innocent way – my love of animals, for example – I am a grown adult. Many autistic people are grown adults, and cooing over how special and cute we are is infantilising and, honestly, flat out weird.

As Sia doubled down on her convictions, the red flags only started to pile up. It turned out that Ziegler had watched invasive videos of autistic children having meltdowns filmed by their parents to research her role. The movie is backed by Autism Speaks, a controversial “charity” that advocates for curing and eliminating autism and sidelines the needs of autistic people – Sia openly supports and promotes them. The language Sia keeps using, like “special abilities”, is insulting and outdated. These are all issues that might seem small to a neurotypical person, but they’re ones that mean a lot to many autistic people, and ones that would have arisen had Sia done her homework.

Sia does insist that she not only had autistic advisors but had tried to cast a nonverbal actor in the role, saying, “I actually tried working with a beautiful young girl – non verbal on the spectrum – and she found it unpleasant and stressful.” When asked why she didn’t cast a disabled person, she said, “I’ve never referred to Music as disabled. Special abilities is what I’ve always said, and casting someone at her level of functioning was cruel, not kind, so I made the executive decision that we would do our best to lovingly represent the community.” It is not Sia’s place to decide whether or not autistic people are disabled – it’s an individual choice how we label ourselves. Disabled is not a bad word. Plus, if your set or filming schedule for a movie about autism cannot accommodate an autistic person’s needs, giving up rather than adjusting the environment is lazy at best and ableist at worst.

However, it wasn’t until Sia started to lash out at autistic critics on Twitter that I really got upset. As much as Sia tried to reinforce over and over that “it’s a beautiful film with meaningful intentions” and insisted that she just loves autistic people, eventually, her exterior cracked. Suddenly, she lost her patience, replying to people with comments like, “Fucking bullshit. You have no fucking idea because you weren’t there and haven’t seen the movie.” When an autistic person responded to tell Sia that there are many autistic actors capable of acting on short notice, Sia responded bitterly, “Maybe you’re just a bad actor”.

That, for me, was the final straw. Autistic representation is absolutely fucking dire: any mention of autism is often as an insult or in passing, characters are coded as autistic if they’re cold or weird, and our stories are told as inspiration porn or a warning. We’re used to it. Of course we’re going to be defensive or wary – autistic rep on-screen mirrors the negative way that neurotypical people see us. We’re often the victims of bullying and abuse, so seeing someone in Sia’s powerful position respond to valid criticism by insulting someone from the community she claims to love is unsurprising, but sharply painful. It’s a reminder of how many of us have been treated in real life.

Sia believes that she has a “unique view” on the community that’s “underrepresented”. Her view seems to be that we’re special and magical until the second we advocate for ourselves, which is when we become inconvenient rather than inspirational. That view is actually overrepresented. What’s underrepresented is autistic and disabled people on screen and behind the camera. We make up at least 1-2% of the population and many of us work in creative industries or have creative interests – if you want to hire us, we’re out there. If you want to cast a nonverbal autistic actor, you can do it. You will need to adjust your set and your approach, but it’s necessary if you want to tell their story. Sia’s insistence that the environment was simply too much for the autistic actor she allegedly cast is an excuse.

More than that, though, I wish she’d interrogated her desire to tell this story at all. Why does she find autistic people so interesting, as if we’re a strange species? Sure, I am different to a neurotypical person: my neurology is entirely different to Sia’s, and I am more wired for enthusiasm and empathy and compassion than a lot of people. I do see and experience the world in a unique way, and while some of that is cool, some of it is overwhelming to the point of agony. It’s complicated, and it’s different for every autistic person, which is why it’s a story only we can tell. It’s not a superpower, and I’m not interested in giving a chance to a movie whose creator can be so cruel to the community she fetishises.

Since this article was written, ‘Music’ has been nominated for two Golden Globe awards. A petition to have them revoked, is approaching 100,000 signatures.