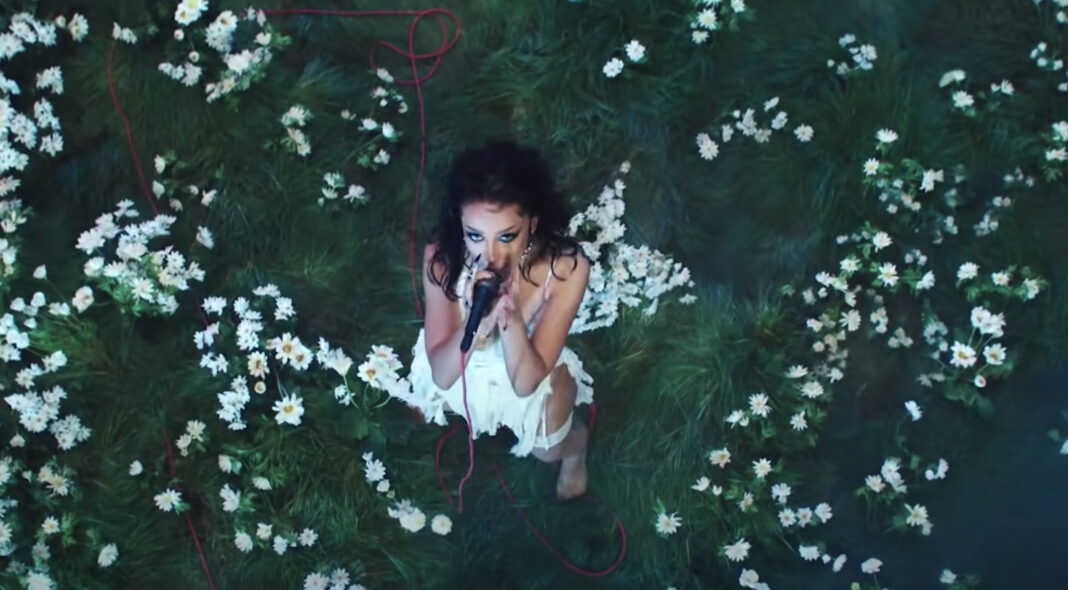 Doja Cat’s explosive performance of ‘Say So’ at the 2020 EMAs – the one that saw her crawling out of a television screen à la The Ring and revamping the song’s entire attitude with thrashing guitars and snarling lyrics – was a welcoming surprise to fans around the world. Usually clad in some sort of bubblegum pink ensemble and delivering funky pop RnB, Doja’s one-off transformation is not the first of its kind, with many a popstar waving goodbye to their sweet stage persona for a taste of something sour.

In honour of Doja, we’ve rounded up some of the loudest pop-to-rock transformations of recent years. Horns up!

Rock Transformation: Once a Disney Channel princess who captured hearts as Hannah Montana, Miley is no stranger to a complete identity trade. From cowboy boots to wrecking ball, her genre-bending powers truly know no bounds, and her latest venture into the depths of rock have been nothing short of gnarly. Giving the likes of Debbie Harry and Joan Jett a run for their money, her platinum mullet, red pout and multitude of latex marked a new era of Miley. A first hint was seen at Glastonbury 2019, where fans were treated to Cyrus covers of Led Zepellin and Pink Floyd. The same year, as Black Mirror popstar Ashley O, she sang pop (and in the end, rock) versions of Nine Inch Nails tracks. Just when you thought rock ‘n’ roll was dead – Miley announces her new album ‘Plastic Hearts’ which will feature some of her recent rock covers and more original tracks in a similar vein.

Rock Transformation: A child star who was famed for her butter wouldn’t melt portrayal of Cindy Lou Who in the The Grinch and as the stitch-savvy Upper East Sider Jenny Humphrey in Gossip Girl, Taylor Momsen was the pinnacle of prep in her plaid skirts and pigtails. However, in the peak of her adolescence, she began singing as the frontwoman of heavy rock band The Pretty Reckless, dousing herself in black eyeliner and fishnets and belting out choruses of ‘You Make Me Wanna Die’. Whilst it could’ve been blamed on a heavy bout of teenage angst, Taylor’s new image even transcended into the style of her Gossip Girl character, and her and her band went on to become successful in their own right.

Rock Transformation: While it seems as though she has always been the queen of not giving a f*@k, P!nk didn’t start her career as the wild, edgy rockstar we know today. When she first appeared on the scene in 2000, her slick style made waves in the music scene, thrusting her into the spotlight as one of pop and R&B’s most exciting newcomers. After the release of her debut however, P!nk shifted genres by the time her second album came out a year later, presenting a grungier offering that was a far cry from her previous. Still standing as one of music’s biggest icons with her acrobatic live shows and audacious hits such as the unforgettable ‘So What’, P!nk’s punk conversion is one we are all grateful for.

Rock Transformation: We have all donned our best Cockney accent after a few too many doubles in the club when ‘Foundations’ comes on over the speakers, with its plinky-plonk melody and relatable lyricism making it a timeless classic. Kate Nash, who was best known for dressing adorably kitsch and singing songs about pumpkin soup, was the last artist you would’ve expected to jump ship to a land of boisterous noise, however that is just what she did. After she released ‘Under-Estimate the Girl’ to pompous reviews exclaiming she simply wasn’t ‘allowed’ to make punk rock music, she stuck two fingers up and continued, carving out a whole new sound for her career that saw her blossom into the fearlessly ferocious star we know today.

Rock Transformation: Forever a progressive from the moment she appeared on the scene in 2008, Lady Gaga is no stranger to a makeover or two. After cementing her status as a pop icon with iconic tracks such as ‘Paparazzi’ and ‘Poker Face’, the world was enamoured by her inventive costumes and catchy beats. However, after a brief hiatus, she returned in 2011 with a far grittier, glamorously rock offering in the form of ‘Born This Way’, which was the dawning of a new era. With songs such as ‘You and I’ and ‘Heavy Metal Lover’ demanding attention with their impassioned lyrics and gorgeously bad attitude, Gaga, alongside her leather shorts and motorcycle, made ‘Born This Way’ one of the best genre hops in history.

Grammy nominations 2021 – A great year for rock, a strange one for rap, and an utterly bizarre one for albums

Alternative Christmas songs for this most alternative of festive periods

#FreeBritney and the challenge to regain female pop autonomy