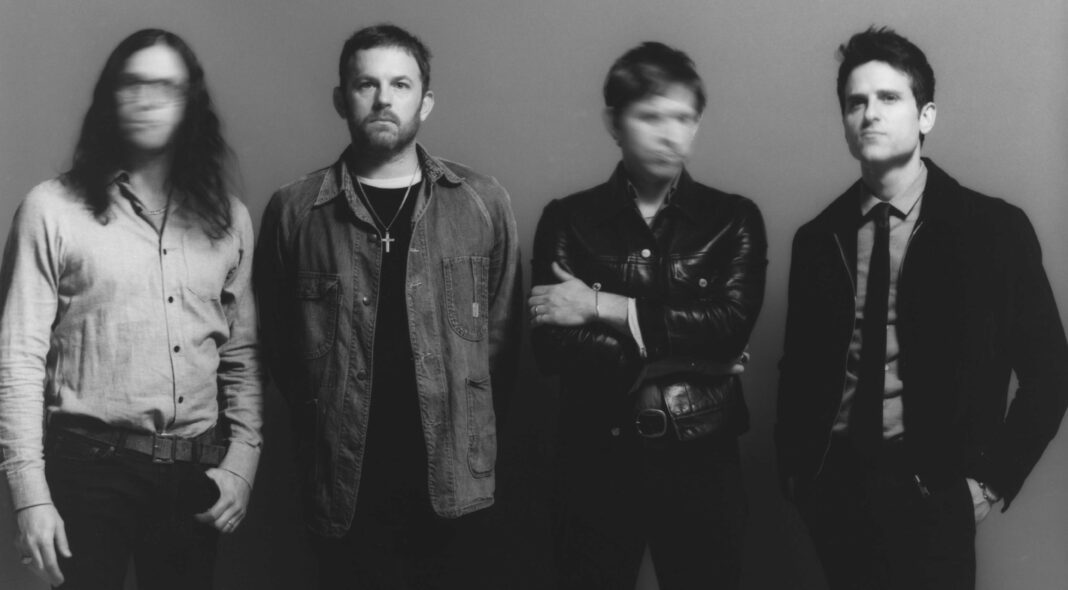 This week, Kings of Leon made history by being the first band to offer their new album ‘When You See Yourself‘ (out today), as an NFT. If you don’t know what an NFT is, you aren’t alone. The letters stand for non-fungible token. Non-fungible, meaning something that is unique and cannot be replaced. The ‘Token’ being a digital certificate of authenticity and credibility that you own something. NFTs are being used by collectors as an easy way of collecting art (including music) digitally, which is quickly becoming a booming market. Kings of Leon aren’t the first musicians to experiment with NFTs – Mike Shinoda of Linkin Park has previously released a single via NFT and influencers, artists and meme-makers are making a killing by selling digital art as NFTs. To mark 10 years of the popular Nyan Cat meme, a remastered version of the GIF, by its original creator, was sold as an NFT for 300 Ethereum (a cryptocurrency) or $513,906.

With Kings of Leon distributing such a major release in this format, it’s a sign that NFTs could mark a major change in the music industry. Each NFT of theirs is available with digital art of the band, lifetime, front-row gig tickets or physical vinyl.

To help us all understand it better, we asked crypto expert, Guy Cocker, for a quick run-down on what NFTs could mean for music.

OK, so we understand that an NFT is a non-fungible token. But as for the rest of it – it’s confusing.

The confusion, I think, is around “owning” something that is primarily digital and can be reproduced or redistributed endlessly. To use a physical analogy — think of an original first vinyl pressing of ‘Sgt Pepper’s…’, which is still valuable even though you can listen to the music anywhere. In the digital world, the NFT is the original of whatever digital art has been created, be it art or music, and verifies this through a network called the blockchain, which is the same technology that powers Bitcoin.

Why is buying a track or album as an NFT different to paying to download an MP3?

It’s really all about scarcity of supply. If you buy a track or album through a store such as Amazon, you’re buying the right to stream or download it for listening purposes whenever you want. Unless the world ends or the economy collapses, you’ll be able to do that today, tomorrow, or 50 or 100 years in the future.

If you buy the NFT, you’re buying something that is the same product in many ways, so the same track or album you can listen to on other platforms. But to use the physician analogy again — think of an NFT as a limited-run vinyl. There will only ever be a certain number records or NFTs available. Sure, the band or record label could decide to issue more in the future. But like most collectibles, the original run tends to hold the most value.

Why do you think people are paying large sums of money for digital art that is available elsewhere for free?

The main reason is that while NFTs and digital art are only now reaching the mainstream, there are digital natives who understand the concepts described above and see real value in it and are willing to pay to own it.

There are also economic factors in play. NFTs are tied to the blockchain, the same technology behind Bitcoin, and cryptocurrency has exploded in value over the last few months. Major financial services institutions such as PayPal, companies such as Tesla and institutional investors are piling in and driving the value of digital currency higher. That means that more and more retail investors (normal people like you and I) are getting in, which means that we’re becoming accustomed to the concept of something that doesn’t actually exist but has real, tangible value. That means that the concept of NFTs in general is something that people can get their head around. And frankly people want to get in early on this one as they see the potential for it to explode in the same way as Bitcoin. The final reason is something I like to term the “LOLZ” factor. You mentioned Logan Paul, who one month ago spent $2m on Pokemon cards. On paper that makes no sense at all, but the fact that he did that in front of such a wide audience in turn drives up the value of Pokemon cards, so he essentially becomes richer by way of a self-fulfilling prophecy. Because internet celebrities like him are buying NFTs, it makes them more valuable in the same way.

Blockchain is heavily tied to internet culture, which is often highly disruptive. Just think of the recent Reddit-led GameStop Short Squeeze, where thousands of people clubbed together to try and screw over the big investors. Yes, people were trying to make money, but it was also intended as a huge middle finger to the establishment. NFTs in many ways are the same — a chance for people who would never ever set foot in Sotheby’s to stick it to the elitist art establishment.

How do you think NFTs could impact the music industry? Will it see musicians get rewarded more fairly for their art?

I think for the right artists, it will be highly lucrative. I think of the sort of bands who are known for experimenting with distribution, are well respected and have digital-native fans — artists like Radiohead, Nine Inch Nails, Wu-Tang Clan. But I’m sure Ed Sheeran and Adele could also do well given their massive fanbases.

I think it’s important to note that artists should not only be able to make more of a profit from NFT sales compared to physical releases, the technology itself allows them to earn future revenue from resales. So, for example, if someone decides to sell their Kings of Leon NFT in the future, the band could in theory set the NFT up so they make a 15% cut of that transaction

In the instance of Kings of Leon, they are offering tangible things as well as the digital music (vinyl, gig tickets). Do you think that combination will be a key component to NFTs going forward?

I think right now as the concept of NFT is being established in the consumer’s eyes, that it doesn’t hurt to offer something tangible as part of the package that people understand. But I think as they become more commonplace, physical offerings will become less common. First of all, physical items aren’t technically part of the NFT, because if the person sells the NFT in future, they don’t have to include the vinyl record. They can, of course, but physical items deteriorate, get lost, are destroyed. It’s an important distinction to note that physical and digital items are ultimately completely separate things and cannot be linked in any meaningful way.
The interesting part about the Kings of Leon gig package is that it’s a great headline offering, but there’s quite a high chance of it becoming essentially worthless in future. Putting aside the fact that it’s front-row tickets to gigs that are unlikely to be happening in any meaningful way for another year, it’s quite common for bands to break up, or stop touring, or wane in popularity.

Can you ever see it as being a sole method of distributing music or will it always be a niche?

I think certain bands, like the ones I mentioned, could make a real statement by pulling themselves off streaming platforms and say “we’re NFT-only now”. They’ll have a hardcore fanbase who will pay a premium for their work and they could possibly offset their streaming revenue in that way. The economics of that are entirely plausible.

However, for most artists, the product mix is such that they need people to listen to their music, which in turn drives them to see the artist live and buy their merchandise. The vast majority of people now listen to and discover music through streaming, so they need to be on those platforms.

I think about Taylor Swift’s recently re-recorded album, ‘Fearless (Taylor’s Version)’, which would make a great NFT album as the narrative around that is she lost the rights to her early albums, is re-recording them, and I’m sure her fanbase would be happy to reward her for that effort and the stress of losing her originals by paying for the NFT. It would also be a very interesting case in value — if she created demand for her re-recordings and drove up value by releasing them as NFTs, would she essentially de-value the originals and enjoy a moral victory over Scooter Braun who owns her early recordings.

I think the reality is most artists who release NFTs will continue to release on streaming services. An original Picasso wouldn’t be devalued just because you can also see a picture of it in a book. The Kings of Leon NFT doesn’t devalue just because everyone can listen to it on Spotify.

Do buyers expect NFTs to appreciate in value?

Kings of Leon fans will undoubtedly be buying the NFT for the extras and to enjoy the exclusivity of it. But I think many people will be buying it because it’s an investment that they expect to increase in value in future. As I always say at this stage, I am not a financial advisor and this is not financial advice. But it’s the same reason that people are investing in Bitcoin — it’s a new investment opportunity with what they believe is a limitless growth opportunity. It’s hard to find that kind of investment opportunity in any traditional platforms like shares, funds or bonds. But like Bitcoin, the NFT bubble could burst at any moment and be worth nothing.

I think the only real thing going against NFTs right now is the fact that it’s tied to the blockchain, which is enormously inefficient thanks to its power usage. Grimes recently created a 303 edition release which produced an estimated 70 tonnes of CO2 emissions as it was turned into an NFT. Ironically her partner Elon Musk has created a fund for anyone looking to make these solutions more power efficient. But the electricity usage and carbon emissions will undoubtedly be a problem for a lot of artists who have green credentials.

That’s Radiohead out, then.

The Kings of Leon NFT auction opens at 12PM EST (4PM GMT) on 5 March 2021 via Yellowheart. You will need to setup a MetaMask Wallet and an OpenSea Account to participate in the auction – instructions in the video below.