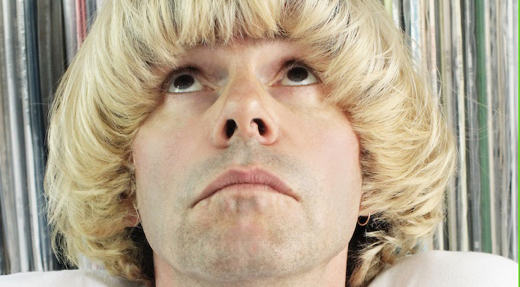 “Listen to ‘Tommy’ with a candle burning and you will see your entire future,” reads the note that Anita leaves her brother among a stack of vinyl in the film Almost Famous, before she drives off into the sunset.

What follows is a formative musical awakening, a montage of the pre-pubescent boy listening to everything from Dylan to Led Zepellin, Hendrix to Joni Mitchell: an education gained from really listening to an album, with a candle burning, the sleeve notes in hand.

Alright, let’s pause for a second to acknowledge the nauseating levels of pretension in this image, but that aside, there is truth in the notion that somewhere along the way, the album became less significant, music became background noise and we lost our ability to really listen.

It’s no surprise that the social media age has spawned a loss of collective attention spans. According to a 2019 study, published in Nature Communications , the magnitude of “content” produced on a daily basis has formed an impatient, on-to-the-next culture with things remaining in the public consciousness for an increasingly fleeting amount of time. Trending topics on Twitter remained trending for five hours less between 2013 and 2016. In short, people move on quicker. The effect this has on our ability as individuals to sit and focus our attention on one task, has yet to be formally documented but anecdotally, we all know it’s seismic. When was the last time you really just did one thing: phone down, absorbed in a particular activity with no distractions? We cook from recipes on our phones, TV on. We watch TV while scrolling through Instagram. We even swim with earbuds in.

Though advancements in bedroom studio kit may have sped up the process of creating music to a degree, on the whole, it’s still a labour of love. In 2020, just as in 1970, artists work on albums for months, years, even decades, but the world they are releasing them into has changed and often, they aren’t given the attention they deserve.

Streaming culture has played its part, of course. No longer are fans bombing down to HMV with a tenner to spend on one album which they’ll devour until they’ve saved up for the next. For the same price, we get the entire history of recorded music, in our pockets, whenever we want it. The result of too much choice? An impatient, snacking culture.

This week, for a brief period, the art of album listening trended on Twitter thanks to The Charlatans’ frontman and Twitter mainstay, Tim Burgess. Recognising that the ‘rona slowdown means that now, more than in the last twenty years, people want A Thing To Do, he has organised a string of listening parties with the help of some of his muso pals. On the whole, they’re a delve back into a classic album – like The Breeders’ ‘Last Splash’ or Foals ‘Holy Fire’ – but with added sleeve notes and anecdotes about the record from the band themselves, live tweeted throughout. The Twitter Listening party is a format that’s been tried and tested over the years to varying success. But right now, it works. Tim has turned what was a solitary experience and one that required mental and physical space into one of community. It’s not quite the candle, lit, full absorption of Almost Famous. There’s a multi-tasking element. It’s ‘event listening’. Something to brag about, rather than to enjoy solo. But it’s a step in the right direction.

But why does it matter if albums are listened to in full? Is it just an outdated, puritanical view that we need to move on from? Well, yes, partly. But there is a certain joy from knowing every word to a song, hearing the last beat of a track and knowing the first line of the one that follows, having a collection of tunes, so well-played, they define a month, a summer or era of your life. That and like we said: musicians spend a bloody age creating these things for us so the least we can do – if we like it – is listen all the way through.

So, while you’ve got all the time in the world to while away inside your house, we challenge you to this: pick five albums that you have never properly listened to, albums you’re told repeatedly you’ll like, but have for whatever reason passed you by and listen to them. Not once, but on repeat for an entire day. Then write your review in the comments section below. Did you find a new favourite band? Did something in a particular record speak to you? We want to hear it.

So let your phone battery run down, light a candle and prepare to see your entire future. Or at very least, to hear a few great new songs.