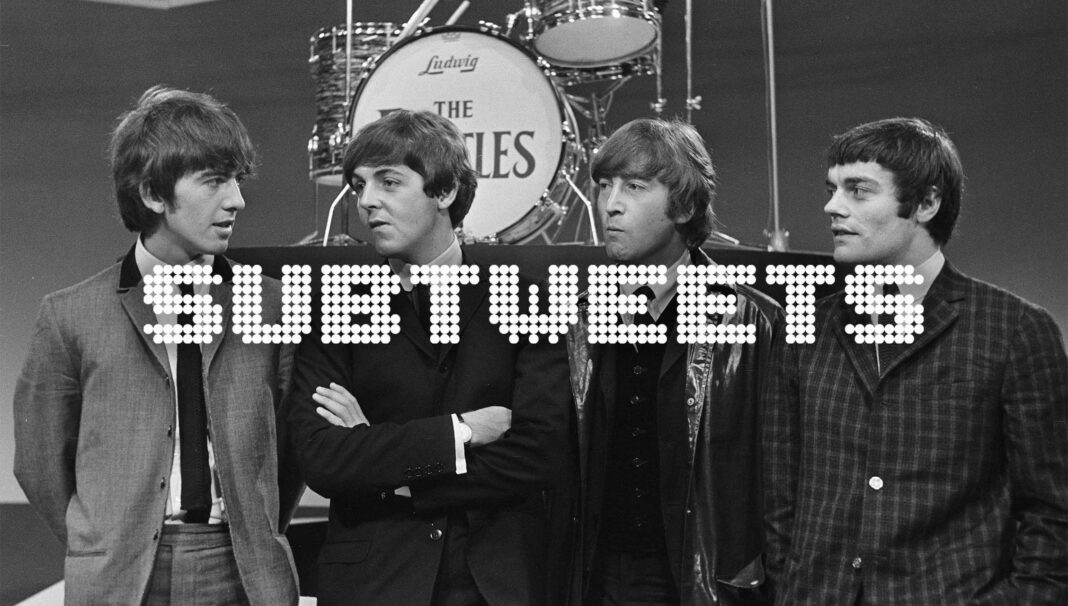 Rampant disbelief at the Conservative government’s response to music industry crisis is nothing new around these parts, but seemingly there are always new lows to be plumbed. With 2021’s budget announcement, Rishi Sunak yielded his big red briefcase to inform us that his plan to revitalise music after a frankly horrendous 18-month-period of pandemic destitution would involve an £850million investment to protect museums, galleries, libraries and local culture across the UK. Not a bad start, but there was more; “Thanks to the Culture Secretary… she’s secured up to £2 million to start work on a new Beatles attraction on the Liverpool waterfront. Cue the disk-scratch — A Beatles museum, in a city that already has two? As well as a boat tour, bus tour, gig venue and numerous other marked spots of Fab-Four interest? Given how hard grassroots music has been hit in the pandemic, the level of tone-deafery on show instantly inflamed Twitter, yet another double-down from a man whose patchy industry bailout and ‘retrain’ advice has left many artists, venue owners and other self-employed creatives in dire straits.

Given the Conservative’s traditional terrible voting record in Liverpool, the idea of a new museum deliver lip-service artifice of ‘investing in the north’ without really having to listen to actual northern people. Tourism to the Beatles hometown is undeniably profitable, and the creation of new jobs is a nice boon for those who might be eligible to work there, but Sunak’s suggestion that it will provide inspiration to local bands rings incredibly hollow. The Beatles are not some cult unknown band shrouded in mystery. If you really want to build a new music museum, it should be to showcase the stories that haven’t been heard, the ones likely to start a spark of familiarity with today’s younger generations. As music week columnist Mark Davyd put it on Twitter; “Rock and Pop music, and the rich tapestry those generic terms might include, isn’t a semi-detached day out gawping at history in exhibitions. Stormzy didn’t start rapping because he saw an animatronic figure clutching a Rickenbacker bouncing up and down on two fake legs.”

There’s also the question of sheer overkill. As mentioned previously, Liverpool is already home to The Beatles Story and The Beatles Museum, while The Cavern Club, The Casbah Coffee Club and both Lennon and McCartney’s childhood houses are maintained as heritage-protected buildings, accessible to the public. There is the Strawberry Fields Centre, the Beatles statue, the Hard Day’s Night hotel, the Yellow Submarine boat, the Magical Mystery Bus tour, the Fab Four taxi tour, and countless other ad-hoc tourist options that spring up around the busy season. If Liverpool were any more of a Beatles city, they might as well start their own currency with Paul McCartney’s face on. There is simply no option to forget about them — Paul, John, George and Ringo are around every corner, held up everywhere as the pinnacle gold standard of musical achievement.

Perhaps this is also part of the problem. In the north particularly, cities that lean too heavily on the heroes of the past do risk alienating the future. How many Manchester bands are sick of being compared to Oasis or The Stone Roses? When was the last Sheffield breakthrough group that didn’t buckle under the weight of being the next Arctic Monkeys? It’s almost no surprise that regions such as Leeds and Birmingham are currently experiencing such a slew of exciting new acts, because they have the option to do things differently; no carved path too deep, no success story looming too large. Liverpool doesn’t necessarily need to apologise for its pride or love of The Beatles, but you can’t encourage new voices by constantly reinforcing the idea that four white men own the only musical history worth remembering. How can we sustain a future when we’re so obsessed with looking back?

What we actually need then, is something active. Up and down the country, kids are being failed and under-resourced in almost all of the entry-level options that genuinely make a music career feel possible. Arts degrees at universities are under constant threat of downsizing or closure, as are youth clubs and small music venues. Instrument lessons through schools are prohibitively expensive, and often untenable for many students once they reach exams-age and default to the societal pressures of ‘traditional’ courses. Gig tickets to larger shows are becoming more and more expensive, reducing the likelihood of that ‘I want to do this too’ lightbulb moment. If you want to start a band these days, the most straightforward routes are via family wealth and contacts, or the bedroom-pop route of working digitally and alone. Neither of these approaches are inherently wrong or shameful, but they shouldn’t be the only ones on offer.

For a band like the Beatles who cut their teeth through relentless live performance, it’s difficult to see how they could have existed in 2021. The £2 million that has been ring-fenced for the Beatles museum could open new venues, or fund pre-existing ones that are under threat. It could create jobs at much-needed new vinyl pressing plants, alleviate some of the hefty-VAT-implications of music festivals that get passed on to ticket buyers, or perhaps create a pool of financial support for all those artists now wrangling with expensive visas thanks to Brexit. For all Sunak knows, the next Beatles may well already be out there, but they’re trapped at the border, unable to capitalise on any kind of self-made momentum.

Even outside of music, the myriad ways that that money could be spent is almost endless. Liverpool has an estimated 30,000 children living in poverty, a need for affordable housing and accessible infrastructure.  To add complete insult to injury, the £2 million doesn’t even necessarily guarantee the building of the Beatles museum, but rather the development of a “business case” to support its creation. For a government known for endless U-turns and decisions that only benefit the financial elite, it feels like yet more time-wasting, dilly-dallying in the hope that the little people will martyr themselves to fix a problem that they won’t.

Despite it all, there is still a part of me that wants to believe that Rishi Sunak is a music fan. He tells us that he is, that he and his culture secretary have huge plans to put entertainment back on its feet. But from those ‘retrain’ comments of last summer right up to now, all of his views on modern music tie back to an antiquated notion that historical inspiration is enough to keep things afloat. When museum memories are the only thing we have left, maybe the Tories will realise how just how wrong they went.