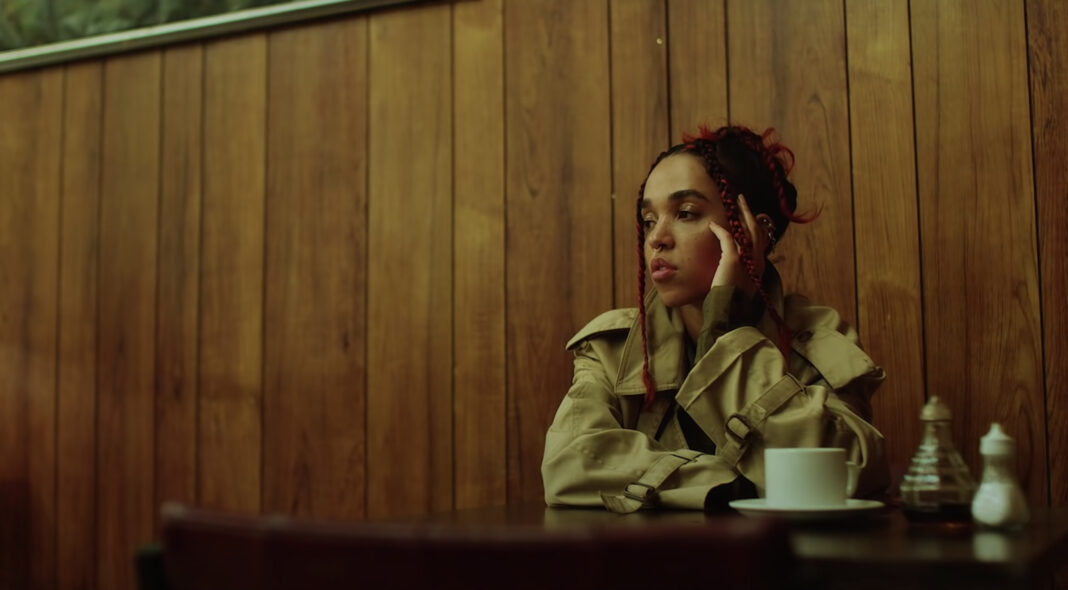 2020 has tested musicians in every way imaginable. Shows cancelled, no IRL studio time, and most tragically, no get-togethers to shoot music videos. It’s an area that could’ve really suffered, but with the magic of green screens, animation and socially distanced sets, 2020 has churned out some of those most innovative and creative music videos we’ve seen in years.

Whether they’re two metres apart on set, or 20,000 miles apart in different counties (or not appearing at all!), the pop stars have still pulled it out of the bag this year. Here’s our ranking of the twenty best music videos of 2020.

Not even a national lockdown could stop these three sisters having a dance. The trio get together for a socially distanced boogie for a track not originally written about self isolation, but couldn’t have been timed better on release.

A welcome break from the usual dark black and pink tones and lavish sets of their last few music videos, Blackpink’s collaboration with Selena Gomez takes us to a set Dr Seuss would be proud of. Day-glo wigs, tiny pink cars, and erm, a capybara in tow, we haven’t seen a kitschy candyland this sweet since ‘California Gurls’.

The Big Moon’s green screen extravaganza is a very 2020 day at the beach. Their virtual seaside trip was created in lockdown after the girls hadn’t seen one another for four months. Obvs not a normal day out though, and has all the twists and quirks you’d expect from a Big Moon jobby.

“THIS VIDEO IS DEDICATED TO TOUCHING” opens the very non-COVID-safe video for ‘Watermelon Sugar’. If anything, it’s proof that actually, Harry Styles is just like the rest of us and is really missing a cuddle. It reminisces a pre-lockdown world and dreams of time where we’ll once again get to flop around on the beach with a load of models with reckless abandon. OK, maybe he’s not so much like the rest of us then.

Rico appearing as a Sim, a Snapchat filter, and some white noise stretching out of a TV screen has to be one of the more creative uses of CGI in a music video this lockdown, but that’s so Rico. Always a million miles ahead, the video for ‘IPHONE’ is as glitchy and trippy as the track itself.

Chung Ha has real gay icon energy. In an ideal world, she’d be up there with the Arianas, Gagas and Kylies of the pop hierarchy. It makes sense then, that this gorgeous vogueing video looks something like K-pop’s answer to ‘Can’t Get You Out Of My Head’ – slick, sexy and future-forward, Chungha world domination incoming.

The title track from Pop Smoke’s posthumous debut album obviously deserved a video, but how do you get around that? By recruiting a couple of kids to play the leads of course. Playing out much like the video would if it featured the actual artists, these kids probably had a blast running wild in that mansion and ‘driving’ the Rolls Royce.

Stormzy’s moving animated vid for the Tracy Beaker sampling track is perhaps the best representation of his character and what he means to young Black people across the UK. Literally and figuratively lifting them up, it’s a heart warming reflection of the work he’s put in throughout his career.

For all the fun little TikTok dances this song spawned, Abel Tesfaye’s vision for the song (and subsequent album) was much darker. Covered in that greasy Sin City sheen, watch him have a ball in Vegas, through scenes that feel very ‘The Joker’ meets that bit in ‘Wolf Of Wall Street’ where Leo Dicap. drives home very, very high.

David Balfe’s touching tribute to his late best friend and band mate Paul Curran, shot in black and white and featuring clips of their lives together, isn’t as heavy as it sounds. It’s an ode to friendship, Dublin, youth, and grief. Real blood, sweat and tears, but also love and laughter, in this one.

This John Waters inspired video for Miley and Dua’s collab imagines the pair as rock stars running rampage on the way to their show in a gritty bar, which come to think of it, doesn’t sound too far from reality. Bit gross when Miley busts out the cherry juice though, and this one is definitely NOT socially distanced.

Very few artists have made the transition from viral meme to fully-fledged pop visionary, but Lil Nas X is absolutely one of them. Following the iconic ‘Old Town Road’ and Fifth Element looking ‘Panini’ videos is ‘Rodeo’, which sees Lil Nas don various Matrix-style outfits as he gets turned into a vampire.

Usually known for her nightmareish videos, Billie strips it right back on ‘Therefore I Am’, but that doesn’t make it any less amazing. She’s having the time of her life waltzing around an empty shopping centre (pandemic things) and nabbing some snacks as she goes. The dream.

Paul Mescal? In a Phoebe Bridgers video? Directed by Phoebe Waller-Bridge? Already iconic. Watch this eerie and bizarrely charming black and white tale, where an ominous chihuahua follows Paul to a hotel room. Both Phoebes sign off their work with a wink and a nudge, and this is no exception.

Talk about an era. Chloe and Halle well and truly arrived this year, proving with every song, performance and video that they’re truly in a league of their own. While the flick for ‘Forgive Me’ is a bit more sci-fi, it’s the simplicity of ‘Do It’ that shows off what the pair do best. Fun and bouncy but still super glam, they make it all look so effortless.

Bree Runway has really made this year her own, it’s been hard to just pick one video. But even between self-shot ‘Damn Daniel’ and ultra Missy Elliot ‘APESHIT’, it’s ‘Little Nokia’ that takes the crown. Zany, cocky and unpredictable in all the best ways, you won’t find a pop star riding a Nokia 3310, performing a full dance routine and swinging from a trapeze in a garage anywhere else.

One of Rina’s greatest talents is taking genuine social commentary and turning it into immense fun, and the video for ‘XS’ does exactly that. See a track about consumerism and capitalism transformed into a QVC-style shopping channel ad, where the company bottles Rina’s juices (ahem) and flogs them until she steals them back for herself and malfunctions.

Obviously female collaborations have ruled 2020, and two of the greatest pop warblers this side of the millennium teaming up was always going to be amazing, but were any of us really prepared for the unbridled joy ‘Rain On Me’ would bring? Taking place in Gaga’s ‘Chromatica’ universe, the pair wash 2020 away, dancing in the rain, complete with a dagger in Gaga’s leg, the world flipping upside down and Ariana ditching the ponytail – surely there’s a metaphor in there somewhere.

Rarely do music videos feel like a real moment these days, but we all remember where we were when we first watched ‘WAP’. When the two rap powerhouses joined forces, it was immediately iconic; the kind of jawdropping ‘OMG’ moment we all needed when the video arrived in August. The looks, the lyrics, the TikTok dance, and some controversial cameos for good measure, it’s everything a great music video should be.

Twigs always stuns with her visuals, whether it be contorting around a pole or running through a forest to find her inner child, she nails it, but this seven-minute, sword fighting epic is something else. Barely featuring the song, this meticulously choreographed piece was directed by Japanese Filmmaker, Hiro Murai, and reminds you of the many, many strings to Twigs’ bow. Breathtaking.