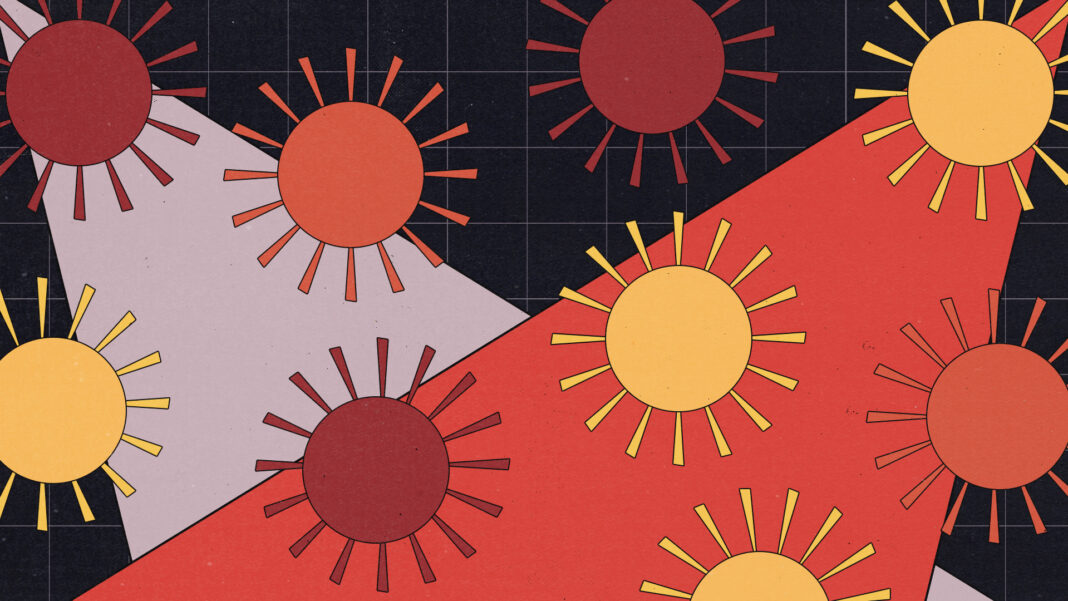 Sweat. Crowds. Bodies rubbing all up against you. High temperatures in small, enclosed spaces. Feeling scared yet?

In a few short months, the language of live music in all its intense, communal glory has become the language of the pandemic – the same phrases that used to signal a fucking good night out now reduced to words that make us want to Dettol anyone within a 10ft radius and lock the door on the universe. It’s a linguistic 180 that feels like a particularly cruel kick in the teeth, one that means gigs and festivals will almost certainly be some of the last things to return (maybe later this year, maybe next year, who really knows…). But worry not, because now we have the answer: socially-distanced shows!

Yes, soon, you too can stand a metre-and-a-half away from your nearest neighbour, awkwardly peering at the gaping expanse around you all like a bad smell where no-one can quite pinpoint the culprit, whilst watching approximately 14 other people enjoy (?) a band. Maybe Wayne Coyne will ship in a load of his inflatable hamster balls to really cement the experience of being completely isolated in your own vibe-less bubble? Who can say!

The first trial-run of the idea is being rolled out this month courtesy of American blues-rock musician Travis McCready. And, whilst you’ve got to commend the lad for putting on a brave face and trying to adapt to the times, it sounds unbelievably shit. Audience members are required to have their temperatures taken on arrival and wear face masks throughout; the venue can only operate at 20% capacity, with people maintaining a 6ft gap between parties; lord knows how they’re going to navigate a bar queue. It makes a weekend sipping vodka sodas in Coachella’s designated drinking pens sound like a month-long Burning Man ketamine binge.

There are some types of shows – maybe, just perhaps – where you could get away with these requirements. Laura Marling recently announced a high-end livestream to be broadcast from London’s Union Chapel; were she to do it with a reduced crowd, you can imagine sitting equally-spaced along a bench and it being sort of fine. But a full-on, stand-up, hedonistic rock show? Nah mate. Instead of mosh pits, you’d have a sad, human game of Pong, one person knocking themselves from one wall to the next in a vain attempt to chase the buzz. Injuries from people trying to stage dive and being caught by absolutely no-one would skyrocket. But really, the problem is that watching live music isn’t just about watching live music.

As Dave Grohl wrote in an impassioned love letter for The Atlantic recently, “When you take away the pyrotechnics and confetti of an arena rock concert, what are you left with? Just … people? People that need to connect with one another.” And, of course, he’s right: the things you take away from the best gigs aren’t just the setlist and the stagecraft, they’re the moments when you hugged your mate out of sheer joy, when the whole crowd came together for a big dance, when that dickhead accidentally poured a bit of a pint on you but then you got talking and, hmm, kinda cute actually… You can watch live performances through a screen, or stood remotely on your own, but you can never truly experience a gig without the energy of other people. And once you know what it’s like to feel those champagne moments, would you really want to settle for the concert equivalent of a lukewarm bottle of Lambrini?

It might take a year or more to get proper gigs back, but it’ll be worth the wait: to dance back into the loving arms of live music, amongst the loving arms of people who care just as much as you. Watching your favourite artists in these socially-distanced, half-baked conditions would be doing the bands, the crowds and the entire cathartic, celebratory culture of gigs a disservice. Can you imagine David Bowie, or Kurt Cobain, or Amy Winehouse ever agreeing to this shit? Well, exactly. Take note.