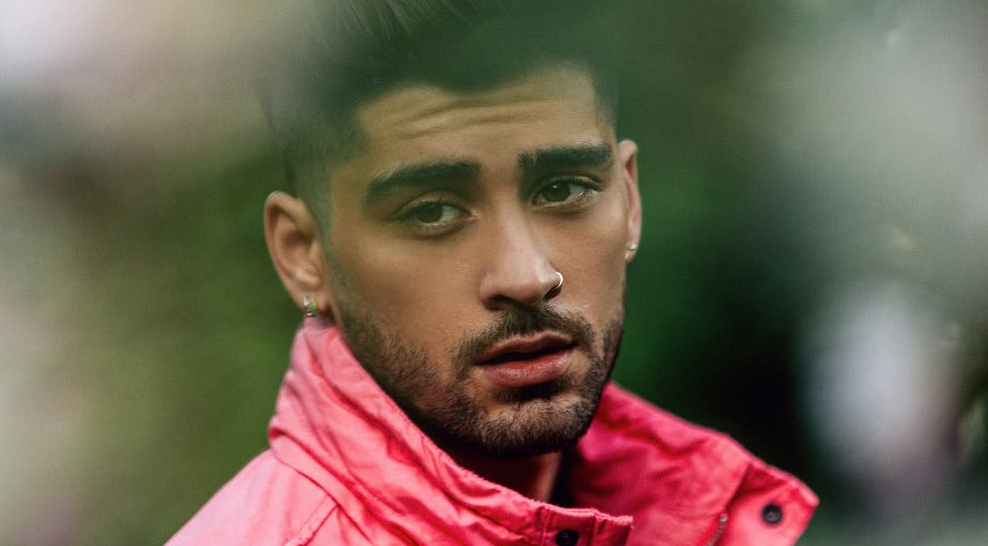 Let us speak not of Harry Potter games or dyed pasta cabinets. Let us speak instead of the excellence of ‘Pillowtalk’ and ‘Mind Of Mine’, and how easy it is to stall after a debut solo release of that calibre. Zayn’s third album, ‘Nobody Is Listening’, is more like the sequel to his debut that ‘Icarus Falls’ never was. That second effort crumpled under its own bloated ambition, fulfilling the Icarus metaphor, just not in the way Zayn intended.

But with a title that’s pure critic clickbait, his third record is a far more restrained, focused affair. It finds Zayn firmly within his natural habitat of immaculate R’n’B pop, though this time with an eighties streak. In fact, Zayn has something in common with eighties heartthrob Morten Harket of A-ha: both of boyband fame, they possess the voice and looks of an angel, but a disinclination for stardom and little discernible agenda – they don’t seem to have much to say. And so the God-tier popstar assets break peacefully upon the shore, over and over, never quite reaching their earth-shattering potential.

Given Zayn originally auditioned for X Factor as a solo artist and was the first to jump the One Direction ship, you’d think he’d relish the limelight – but a reluctance to self-promote radiates off him in waves. You can’t watch the music video for lead single ‘Vibez’ without wincing at how obviously he doesn’t want to be there. But a few days before release, Zayn put the hot into hotline with some rare promo: a peek at the new album offered via a phone-line. The retro approach laid ground for the record’s eighties slant, clearest in the tumbling gated drums and gloss of its two strongest tracks, ‘Sweat’ and ‘Windowsill’. The latter – which could lose Devlin’s rap section – dials things up with scenes of an, erm, domestic nature (“Cigarettes and fuckin’ on the windowsill/
In my bed, yeah, tell me when you’re gettin’ here“), while ‘Sweat’ might leave you in need of a cold shower. ‘When Love’s Around’ moves well too, Zayn and Syd sharing its bouncy groove.

Lead singles ‘Better’ and ‘Vibez’ are less likely to send your heart rate into the red. Despite the neon urban artwork, Zayn slouched behind the wheel of a cardboard car like a grateful nod to his ride-or-die fans, ‘Vibez’ indicates the innocuous bland luxe of Ariana Grande’s ‘Positions’. But maybe, like many of Ariana’s hits, it’s a slow burner that will intoxicate over time.

Elsewhere, slow rap opener ‘Calamity’ is bound to throw American fans with an endearing reminder of Zayn’s Yorkshire accent. By contrast, there’s something almost Jeff Buckley about final track ‘River Road’, a slow ballad with an electric guitar played like it’s acoustic. The abrupt ending jars, though, and you sense many of the songs similarly can’t wait to be over, going through the motions in the final minutes of their shift. This generates a repetitive, often listless effect – which actually aids the mood Zayn’s driving at. Ariana aimed for a similar ‘mixtape’ feel with ‘Positions’, but given his foot-dragging stardom, Zayn is perhaps better placed to get away with a low-tempo lack of bangers.

Zayn could enunciate. He could harness the full silky potency of his vocals. He could push his songs beyond their laurels and into greatness. He could make album artwork as good as Harry Styles. Right now, though, he isn’t out to change the world or reveal profound truths. Zayn is here to look and sound good late in the evening when the lights are low and the scented candles flicker. And on these cold, lonely, locked-down nights, millions are probably listening.