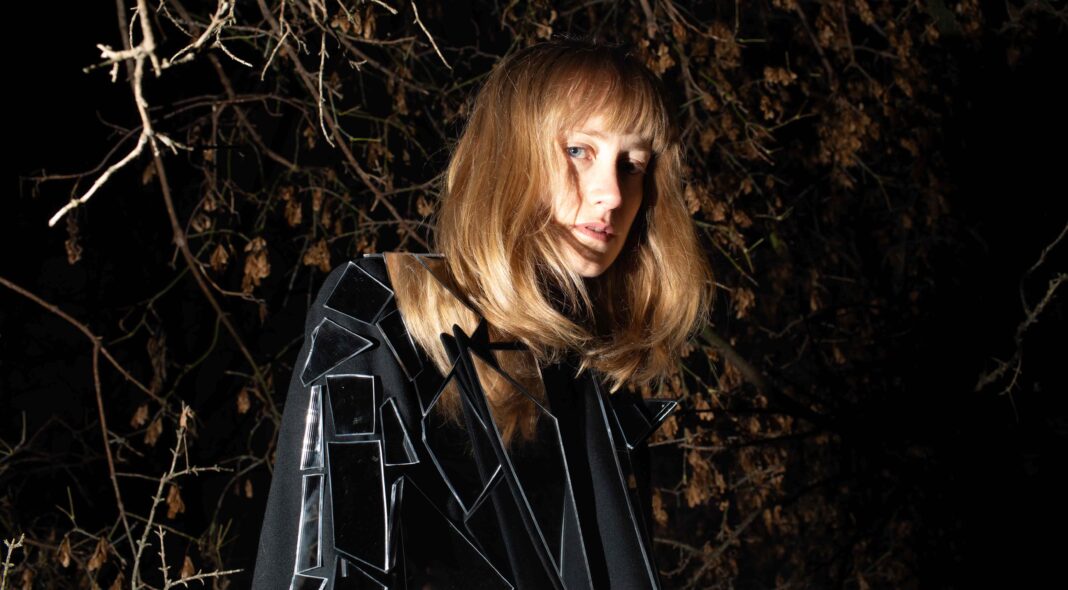 “I’ll be your mirror,” wrote Lou Reed in 1966, capturing the role of musical artist in four words. On the cover of her fifth record ‘Ignorance’, Tamara Lindeman, the Canadian musician behind The Weather Station, embodies Lou’s line. She wears a suit made of mirrors – a majestic garment that one-ups Phoebe Bridgers’ skeleton onesie – the perfect uniform of somebody who, by writing and singing songs, reflects the emotions of their audience. “I tried to wear the world like some kinda jacket,” Lindeman sings near the end of the album. “It does not keep me warm, I cannot ever seem to fasten it.”

Lindeman’s first three releases fell neatly within the remits of folk, earning comparisons to Joni Mitchell, but her fourth self-titled LP threw open the door to a wilder sound. “I don’t have time to be nice,” she said upon its release in 2017. ‘Ignorance’ ramps up the sonic freedom – but the new album is immaculately thought-out. Lindeman faces the climate change Goliath the best way possible: through a personal lens. She’s never preachy, rarely obvious, her watertight lyrics probably worthy of a Nobel. Like Fiona Apple’s ‘Fetch The Bolt Cutters’, the songs feed off each other, thriving in their own ecosystem, thanks in part to flawless production.

Now, it’s the world that doesn’t have time to be nice. “There is no time,” as Lou Reed put it in 1989 on ‘New York’, his own environmentally-charged album. ‘Ignorance’ grew out of “a need to address the emotional side of climate change”, Lindeman struck by the gravity of the situation.

Her previous record unfolded indoors, away from earlier bucolic folk landscapes. But ‘Ignorance’ occupies the place where outdoors and indoors, nature and man, meet: parking lots, clifftops, subdivisions, strip malls, and snowy fields. The record is cast in light altered by blinds or curtains or the setting sun. Rather than conjure an unreal idyll or pull the shutters on dirty reality, Lindeman removes the separations between indoors and out, to let everything bleed through. “Everywhere we go there is an outside,” she sings. “Over all of these ceilings hangs a sky.”

Only once is the metaphor GCSE-English-blatant: “blood red floods the Atlantic”. Her figurative wield and political sting are strongest on opener ‘Robber’, about the real-life villain who has “permission by words, permission of thanks, permission of laws, permission of banks, white table cloth dinners, convention centers”. Musically the track descends from Talk Talk’s ‘Happiness Is Easy’ and David Bowie’s ‘Blackstar’, examples of what Lindeman calls “that dividing line between humans playing synthetically and synthetics playing humanly”. To achieve a similar sound, she cranks Joni Mitchell through a Tears For Fears machine to produce something slightly akin to Angel Olsen, or Sharon Van Etten’s ‘Remind Me Tomorrow’. But really, she has that rare ability to transcend her musical influences.

A rigid beat allows looseness elsewhere. Sax, flute, piano, and guitar find their own way through the songs, while the percussion resembles the innards of some clanking thing. The result is strange, but completely accessible. Meanwhile, Lindeman’s vocals flutter from low to falsetto but never seem sweet, or weak. Her voice turns steady as a turbine. Her words harness the power of a hundred turbines.

On The Weather Station’s website, lyrics are displayed like prose, or diary entries. Lindeman’s writing finds the nub of even the thorniest feelings: no real diary could get so close. On the album’s best song, ‘Tried To Tell You’, she sings with deadly precision of “the endless rain you thought of as your heart”. Lindeman always deals in emotion, and nature always runs close to the source. She lost her first love – the inspiration behind her musical career – to an accidental death caused by monkshood, a poisonous flower. In the video for ‘Tried To Tell You’, the protagonist plucks perfect flowers from his mouth.

Final track ‘Subdivisions’ updates Joni Mitchell’s ‘You Turn Me On, I’m A Radio’ for more apocalyptic times: Lindeman “got in the car, and the cold metallic scent of snow caught in my throat as I reached out to turn on the radio”. She’ll listen with care – for as Lou Reed said on ‘New York’, “Don’t believe half of what you see and none of what you hear”. With emotional candour and musical perfection, Tamara Lindeman delivers the same warning. She wears her heart on her (mirrored) sleeve to project your own feelings, so that you’re not looking at her at all, you’re looking at you – and the world.