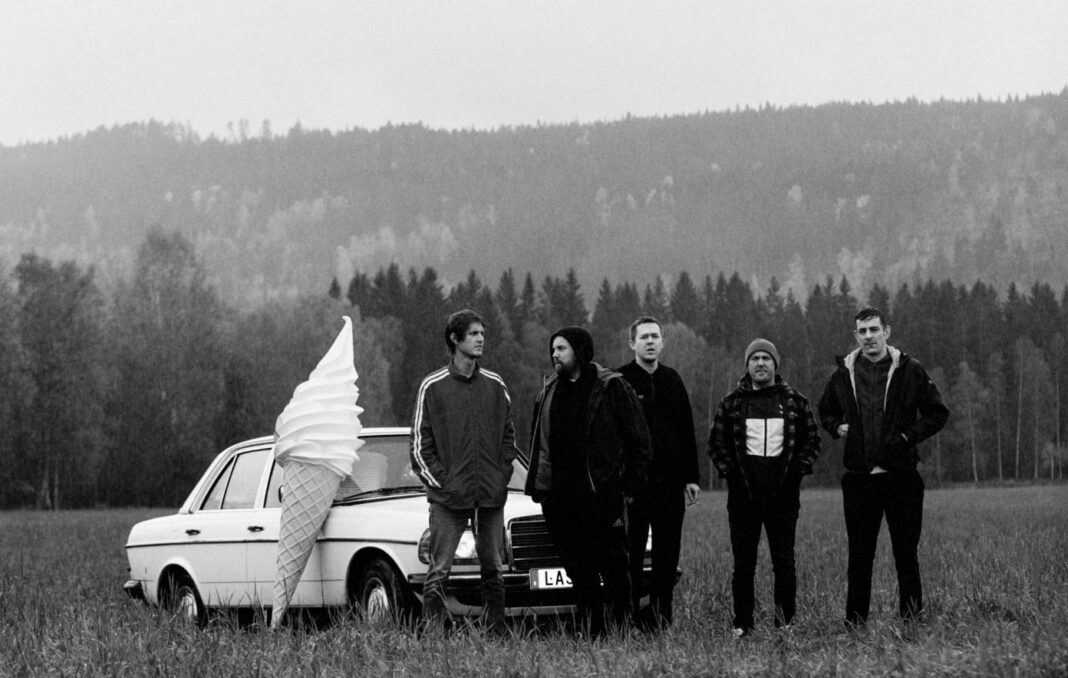 Viagra Boys aren’t here to offer you a boost, exactly, despite their brisk, weaponised anthems and raucous live shows. The Swedish band dwell in life’s grubby underbelly. They like it there: their 2018 debut album is called ‘Street Worms’, after all. Second offering ‘Welfare Jazz’ shakes things up with a country love story of sorts, but told the only way Viagra Boys know how – with an absurdist setting and a cast of marginalised outsiders, to a chorus of desolate snarls.

The band recruited a saxophonist for ‘Welfare Jazz’, the title, a dig at the Swedish government’s classist support of jazz musicians. The sax may be new, but its deliberately grimy sound, as if salvaged from a dank cellar, is textbook Viagra Boys. So is the dark country twang that colours the entire album. This time around, though, defeat is amplified – turns out that old country adage, “I’ve fallen to the bottom and I’m working my down,” is something Viagra Boys carry off particularly well.

It’s business as usual with album opener ‘Ain’t Nice’, a chugging anthem that already belongs on a sweaty stage. But don’t get comfy. Third track ‘Toad’ introduces a man who can’t be tamed, who disappears from your sheets like a snuffed candle – or, truer to the band’s style, a hopping toad. (Is this what happens when you kiss a prince?) “You can’t fix me,” frontman Sebastian Murphy declares. “I’m never gonna be the man you want me to be / I’m a rebel ‘til I die.” But just two tracks later on ‘Into The Sun’, he’s begging forgiveness for being an asshole: “I’d stop drinking and gambling / To earn back your love.”

‘Creatures’ depicts those who subsist at the bottom of society, and the subterranean synth and eighties polish make it the strongest song, but also the most incongruous, as if some Depeche Mode accidentally got swept into the mix. Meanwhile, ‘I Feel Alive’ isn’t a moment of clarity but a dragging echo of the monotony of addiction – offset by ‘Girls & Boys’, a close recall of punchy crowd-pleaser ‘Sports’.

By ‘To The Country’, the toady protagonist has changed his mind. Weary of his reckless ways, the hangovers and heartache, he wants to settle down after all… maybe. “Just you and me babe, the dogs, a couple of chickens and a chicken coop, that old Coupé de Ville that doesn’t run, maybe a little farm out back, we can grow potatoes and carrots…” he dreams, “It would all work out if we moved to the country.” But the ominous piano chords say otherwise. This ain’t the Johnny Cash of blue jeans and green beans: it’s the Johnny Cash of ‘Hurt’.

Fatalism persists to the last track, a fine tweaking of John Prine’s ‘In Spite Of Ourselves’, recorded with Amy of Amyl and The Sniffers. It’s a creepy and brilliant cover, the refrain “I’m never gonna let her go” waning disconcertingly into the minor key.

‘Welfare Jazz’ reaches its full potential with these final two songs. You’re glad you stuck around. Not a total second album reinvention – they lean on their winning formula of crass vigour too often for that – the record gradually hops towards a greater depth and maturity. Viagra Boys display enough scope to move their sound along, but they know what to retain: pathos, sardonic humour, and a reminder not to take them too seriously – and to take them as seriously as death.