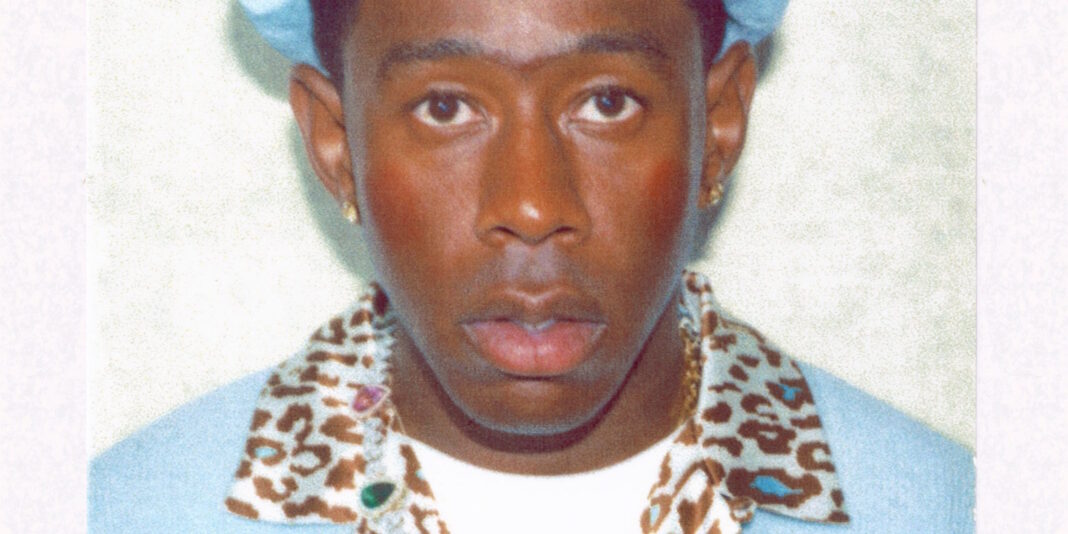 “That caterpillar went to cocoon, do you get me?” Tyler, the Creator says of his 23-year-old self, on ‘Call Me If You Get Lost’, the album he’s just released at 30. “Thoughts change so rapid, turn into a butterfly.”

And what a butterfly has emerged. The album titles alone paint the change, from ‘Bastard’, ‘Goblin’, and ‘Wolf’, to ‘Cherry Bomb’ and ‘Flower Boy’ – and now, Tyler, the French poet. ‘Call Me If You Get Lost’ merges the rascally rapper of yore with the melodic bard of new, goblin and flower boy united to produce Tyler Baudelaire: controversial and decadent, immoral and romantic, hard spits and soft feeling.

At 23, Tyler was on the cusp of releasing his third record, ‘Cherry Bomb’, the album that truly began to shift his sound away from the shock-rap of debut solo LP ‘Goblin’ towards the broken-hearted melodies of 2019’s Grammy-winning ‘Igor’. Spawned from the Odd Future collective alongside peers like Frank Ocean, who appears on this record, seven years ago the LA rapper was the kind of artist constantly “canceled before canceled was with Twitter fingers”, his controversial lyrics even earning him a ban from entering the UK.

‘Call Me If You Get Lost’ finds Tyler well detached from that identity, without discarding it entirely. The new album returns to his rap roots, but executed better than those brash early verses, with the sleek glow of an artist who’s matured as a rapper and producer, but also as an introspective and emotive – dare we say it – poet.

For Tyler Baudelaire billows all the way through the album. He’s a flute riff, fluttering at the window of a song, disappearing around the corner of another. He’s a cosmopolitan aesthete, his sensibilities touching every part of the music and turning it all to gold. The artwork purrs with pretty pastel. Tyler’s verses are lush with worldly, sensuous experience: colours, scents, opulent locations, “perfume on the skin”. The production is equally rich: a thoughtful weave of sounds, choppy but not careless – that flute, turning into lift music, into a puff of jazz, into retro soul horns, R&B, synth. Every element feels precisely placed, as does every line, every word.

Percolating in that sonic blend is a classic rap album. The transitions are seamless, fourteen short tracks and two epics that seep into each other to form one grand piece, like a mixtape in format and sequencing. A litany of guests represent rap’s long lineage, from the nostalgic presence of DJ Drama to up-and-coming YoungBoy Never Broke Again, with Pharrell, Frank Ocean, Lil Uzi Vert, and others popping up for good measure.

DJ Drama’s ad-libs keep the humour topped up. “See, while y’all was in the house, we was takin’ Rolls Royces to go see alligators,” he quips by way of boasting about their lavish lifestyle. “We all got our toes out,” he later notes, eating French vanilla ice-cream on a Genevan yacht with Tyler Baudelaire.

That blithe sense of fun offsets some of the album’s darker moments. On ‘Manifesto’, Tyler explains that as a Black man with a platform, he faces pressure to be a spokesperson on issues from the performative white people who actually need to do the work: “Lil’ white bitch gon’ say / ‘You need to say something about that / You need to say somethin’ ’bout black –’ / Bitch, suck my—”

Tyler never forget his roots, either: ‘Momma Talk’ is devoted to his mum, and on ‘Massa’ he indirectly highlights systemic racism simply by telling his story, opening with some hard-earned hedonism: “Whatever bring you that immense joy, do that, that’s your luxury”. Meanwhile, tracks like ‘Lemonhead’ and ‘Runitup’ recall the rowdy, hard beats and horrorcore of early Tyler, even when they open like a Future Islands synth tune.

But the two epic tracks really present his two strands of artistry: Tyler, the Producer and Tyler, the Rapper. While ‘Sweet / I Thought You Wanted To Dance’ soundtracks his lakeside luxury, ‘Wilshire’ puts you right in the rap confessional box with him. Nine minutes of stream-of-consciousness with little more than a breakbeat for company lay the story bare: an affair with an unavailable lover, so intense (“Shit, I even let you meet my mama”) it inevitably implodes (“Shit, everybody got hurt”). It’s acutely compelling, all the way to its mournful conclusion: “But I guess you’re just another chapter in the book.”