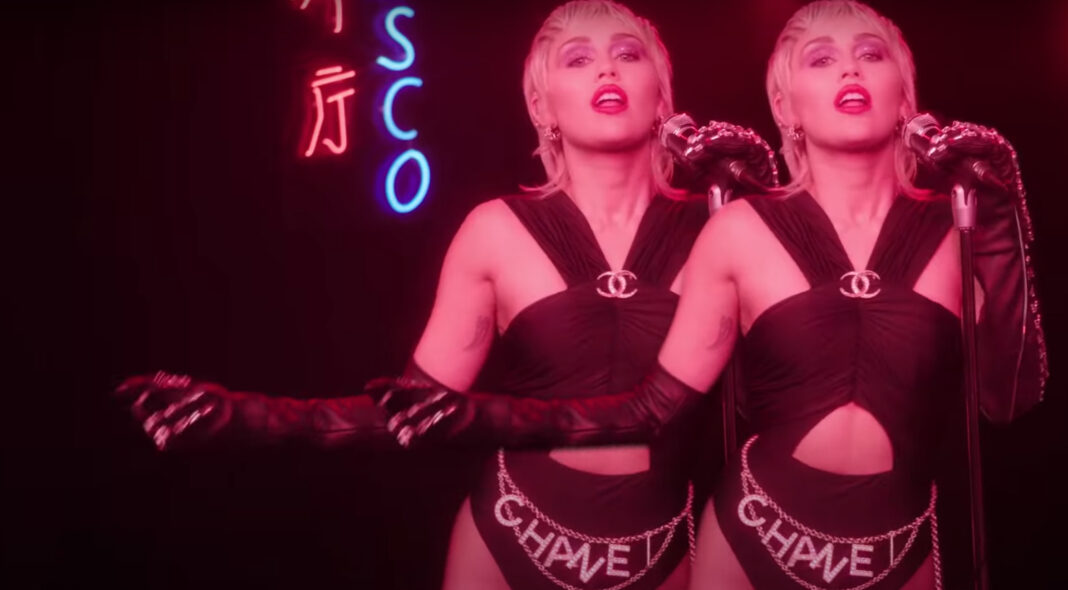 When Miley popped up at Glastonbury last year, leathered, wet-looked and covering Led Zeppelin, there was a general assumption that the pop chameleon was heading less down an Old Town Road than one populated by dive bars and Hell’s Angels. Yet, the overriding notion of ‘Midnight Sky’ – her first release of 2020 – is of Steve Nicks’ iconic ‘Edge of Seventeen’ by way of a Ronson-style modern update. It’s a far more enticing prospect: a nocturnal dancefloor bop that finds Miley’s throaty rasp giving the kiss-off under neon lights.

Oh look, more Fleetwood Mac reference points! This time from Londoner Laurel, whose latest takes a slice of breezy heartbreak pop a la ‘Little Lies’ and sends it cruising down the highway with only some deeply ’80s backing to help its cause. All hazy harmonies, chiming keys and throwback guitar lines, ‘Scream Drive Faster’ is less a rollocking run from the crime scene and more a slick night-time getaway, fag in hand, ill-advised perm bouncing in the wind. Laurel may not be breaking new ground, but she’s done a more-than-fair job of reminding us of the old.

“Wishin’ that someone would film the way I’m lookin’ at you right now,” sighs The Japanese House’s Amber Bain. “I wanna watch it back and then kill myself.” U OK hun? Well, clearly not, but at least she’s got the world’s premier cabin-dwelling muso to offer her a nice cuppa and some advice (“Step on up/ Pay them no mind…”). A match made in gauzy, vocal effect-laden heaven, Amber’n’Justin’s duet comes laden with the kind of gut-wrenching observations that should be kept firmly away from anyone having a bad time in the heart department. It might not quite be a future karaoke classic, but ‘Dionne’ shows a meeting of minds that makes a lot of sense.

Time is a confusing entity right now. Is it April or October? Is it Monday or Friday? Who really knows. Here to ground you however come Oscar Jerome and Lianne la Havas, with a track that not only celebrates life’s constants (‘Timeless’, he explains, is about his lifelong love for his dad – cute) but does it with the kind of jazz-flecked warmth that’ll soothe your poor, frazzled ‘rona brain before its slowly expanding six mins are out. Aaaaaand breathe.

Imagine, if you will, that you’re in Grand Theft Auto. You’ve just hijacked a sweet new ride, you’re on the move, BANG BANG BANG – there goes an enemy. BANG BANG BANG – there goes another. The soundtrack you want pumping out the stereo in your hot new wheels is, undoubtedly, ‘If It Bleeds’ – a wild ride that careers along with hedonistic abandon (“Why is everyone screaming?”), replete with the occasional lock-n-load sound effect for a splash of added danger. There’s some whispered, plotting vocals in the verse of course, because it wouldn’t be Poppy if it was too obvious. But for the most part, this ‘I Disagree’ bonus cut marks the most straight up, er… pop-py track the lovable weirdo’s released in a while.