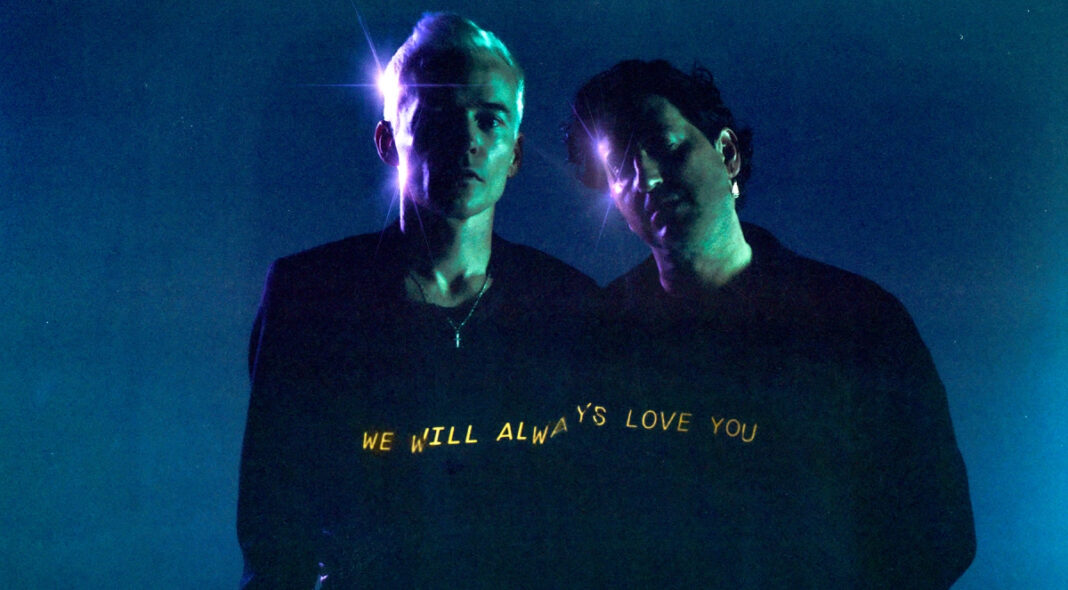 An answerphone message, a spin of crackly vinyl, and then, Smokey Robinson: “Since I saw you last there’s been many a sunset…” So begin proceedings on The Avalanches’ third album, ‘We Will Always Love You’. Since we saw The Avalanches last there’s been more than just sunsets – and nothing quite so pretty. The four years following their previous record ‘Wildflower’ saw tumult for both the Australian group and the rest of the world, from a stint in rehab to a dire president and a pandemic. Yet it also feels like a relatively short time to wait for a new Avalanches album, given the sixteen years between their first and second.

Those first two records – ‘Since I Left You’ and ‘Wildflower’ – broke new electronic ground with their intricate tapestries of music and (900+) samples, every second of sound given full thought and attention. They weren’t just records: they were collages, documentaries, DJ sets, road-trips, wrapped up in music. But after ‘Wildflower’, Robbie Chater, who makes up what’s now one half of The Avalanches, gave away his 7000-strong record collection. Time for a clean slate.

And so, the tracks of ‘We Will Love You’ arrive a little differently, as live voices of the present join old samples from the past. Rivers Cuomo, Blood Orange, Johnny Marr, Leon Bridges, Tricky, Karen O, Jamie xx, Kurt Vile, Mick Jones, Neneh Cherry, Sananda Maitreya aka eighties sensation Terence Trent D’arby – the names keep coming, quite the collaborative feat in a year of isolation.

Clocking in at well over seventy minutes, the album’s length justifies not just its mighty guest list, but a cosmic sprawl of life and emotion. In 1977, NASA sent out two phonograph records, mixtapes of humankind, to play to the stars from their Voyager space probes. The Avalanches put these records, and the romance between NASA creative director Ann Bruyan and astronomer Carl Sagan, at the heart of ‘We Will Love You’.

You almost expect to hear tales of robotic love, or Giorgio Moroder talking about synthesisers, as on Daft Punk’s ‘Random Access Memories’. But while ‘We Will Always Love You’ similarly spans space, it also spans lifetimes and genres. Pop tune ‘Running Red Lights’ sees Weezer’s Rivers Cuomo radiate what Chater recognises as the sprightly melancholy of Brian Wilson. Leon Bridges supplies honeyed tones to ‘Interstellar Love’. Kurt Vile does a turn as a slack-jawed poet. On ‘Take Care In Your Dreaming’ Denzel Curry raps out a decade-long round robin, while ‘Reflecting Light’ patches together late Vashti Bunyan with Maitreya’s vocals: ghosts harmonising with the living. And if heaven has a disco club, it’s probably called ‘The Divine Chord’.

Samples and recordings blur – some recordings even masquerade as samples, as on ‘Song For Barbara Payton’ – and guests and phrases seep across tracks. Despite its differences, ‘We Will Always Love You’ retains a similar cohesion to its predecessors, unique elements stitched together to form a grand odyssey of sound. The concept sometimes overshadows the actual music – you’re too busy with the swooping ideas behind the songs to note their strengths or flaws – and this record doesn’t possess the spark of the group’s debut. Nevertheless, euphoria prevails. Existence takes on greater meaning when you’ve been through the rough, and it’s as though everybody involved on the album – The Avalanches, their guests, and their ghosts – understands this completely. Life is vast! And scary! But it can also be fun!

Voice recordings are precious, particularly those of the dead. It’s easy to forget what somebody sounds like once they’re gone. The Avalanches weave past with present to articulate the emotional gravity of love, time, and space – and what better way to do so than through music, which might survive everything, even the stars.