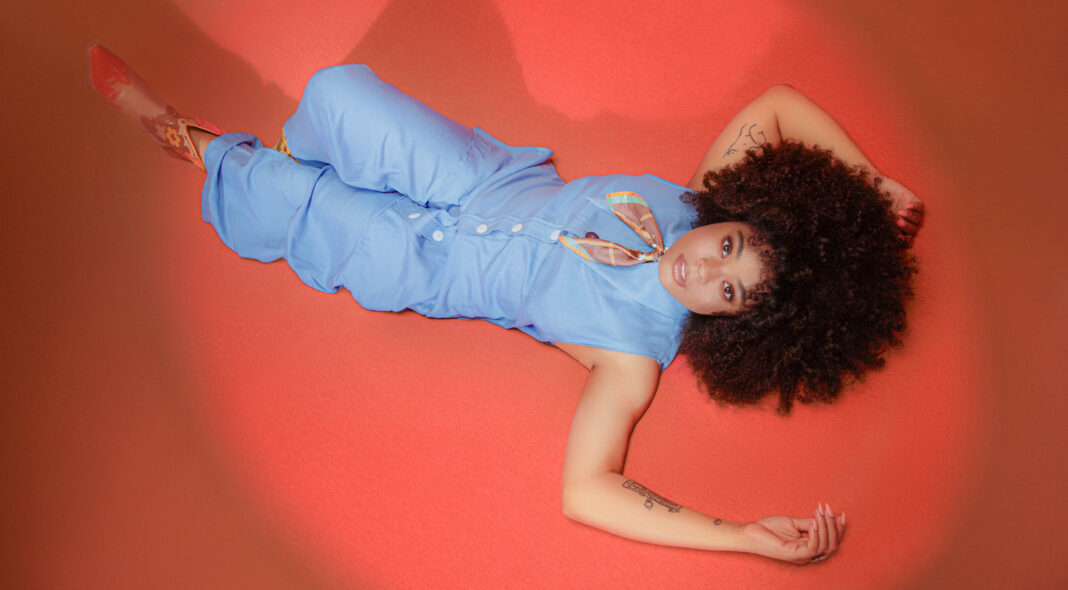 You definitely know Tayla Parx, even if you don’t think you do. Her fingertips are all over the pop world, writing songs for Ariana Grande, BTS, Mariah Carey, Christina Aguilera, and Alicia Keys, to name but a few. She’s brought hits like Khalid and Normani’s ‘Love Lies’ and Anderson .Paak’s ‘Tints’ into the world. Yeah – her songwriting credits are ridiculous.

The excellently titled ‘Coping Mechanisms’, Parx’s second full-length album in two years, is as full of spirit as the songs she writes for others. Its twelve snappy tracks work like a showreel, parading all the styles she so fluently adopts. Some felt Parx’s debut LP, 2019’s ‘We Need To Talk’, lacked cohesive identity. But though they never burrowed deep, songs like ‘I Want You’ or ‘Homiesexual’ introduced personal questions of monogamy, sexuality, and gender to her work. Maybe genre agnosticism is Parx’s artistic identity: a versatility that goes hand-in-hand with her other avenues of nonconformity.

‘Coping Mechanisms’ could almost be the album you secretly wished Ariana made this year, just as emotive but with more bangers. If you weren’t familiar with Parx’s employment history, you might hear songs like opener ‘Sad’ and assume Ariana was a big influence –instead it’s a strange flip, Parx looking in the mirror at her own work. And if you think you’ve found 2020’s answer to Janelle Monae, guess what? Parx contributed at least four tracks to ‘Dirty Computer’, too – and probed further into sexual benders there than in her own work.

But ‘Coping Mechanisms’ contains as many curveballs as comparisons. Short yet rewarding, each track is out to surprise you. Parx flexes with a tempo switch on ‘System’, while ‘Dance Alone’ and ‘Last Words’ order everybody to the floor. The chorus of ‘Fixerupper’ ticks the soppy hook box, though you sense Parx is laughing behind her hand the whole time.

In fact, faint humour underscores much of the record, an element of self-deprecation she has to park for other artists. “Baby you might have to build a lover / ‘Cause I know my heart’s a fixer-upper,” she confesses on ‘Fixerupper’, and by the time she sings, “By your facial expression I think you think I’m off my rails,” you realise she’s too comfortable in herself to really care what you think.The glib compliment “Disco lights really bring out your eyes” on ‘Dance Alone’ reveals somebody who knows the scene for what it is, and wants to play along. And in the case of this song, the scene is in fact Parx falling in love with her girlfriend.

Parx pulls off a convincing performance as a husky lo-fi indie girl on ‘Residue’, following it up brilliantly with the line “I’m way too smart to be stupid” on r’n’b number ‘Justified’, feat. Tank and The Bangas. Her nimble genre-hop, with one eyebrow permanently raised, ensures she claims every scene for her own, refusing to belong to just one. Her lyrics, meanwhile, vent emotion: but hey, where else can you get personal if not your own record?

“Tryna move on but I’m stuck in a cycle,” Tayla Parx sings on ‘Dance Alone’ – and maybe it’s not so easy: writing a song like ‘thank u, next’ is a pretty good day at the office, but you still need an album like ‘Coping Mechanisms’ to house your own feelings.