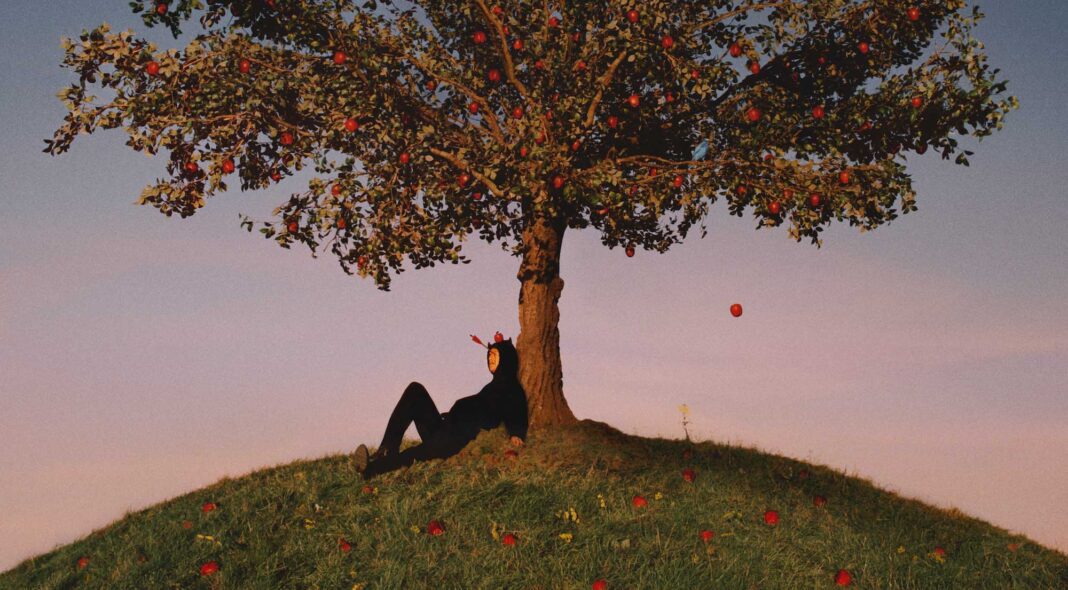 For somebody who wasn’t much into school, on his second record ‘Tyron’, Slowthai hands in a project spanning subjects from history to psychology and philosophy: the Northampton rapper could earn A-grades for his breadth of references alone. Not just your standard rap references, either. The two-sided album gets the bravado and score-settling out of the way before turning soft and introspective on the flip.

Then again, introspection isn’t so surprising from a kid who always showed up to poetry class and is critically lauded for his lyricism. In 2019 Slowthai got an A+ in politics with ‘Nothing Great About Britain’, his Mercury-nominated portrait of a divided, deprived, racist country: an acrid attack on privileged apathy – “the country could be in flames and people would still be like, ‘Fuck it, let’s have a cup of tea and some scones, everything will be fine!’” he said at the time – and a grim vision of the UK that’s become even more deadly accurate. If there was nothing great about Britain then, you wonder what Slowthai’s political take is now.

But ‘Tyron’ doesn’t deliver that take. On an album named after himself, Slowthai gazes in the mirror to examine the marks left by fame. Self-reflection allows him to roam artistic possibilities unlocked by a softer sound, from cover art that rewrites the story of William Tell – the arrow hits the eye, not the apple – to guests as varied as James Blake, Mount Kimbie, and Deb Never. He continues to be defined less by genre (rap, but pulled astray by punk, electronica, and anything that catches his magpie eye) and more by his idiosyncrasies: rawness, agility, an off-kilter otherworldliness.

Normally he’d be down to his boxers before a crowd, not a mirror. To connect with his live audiences, Slowthai gets stripped on stage, dances, punches himself, occasionally pukes, and generally exudes the kind of unruly fun advocated by the likes of the Beastie Boys – who, like Slowthai, dwell at the borders of rap and punk.

This version of Slowthai leads the charge on the first side of ‘Tyron’, where it’s business as usual: noisy, energetic songs with guests A$AP Rocky and Skepta. The latter appears on ‘Cancelled’, a bone of contention lying amid the machismo. Slowthai’s gripe isn’t with any fellow rapper, but with the pile-on that followed his uncomfortable and controversial appearance at the NME Awards 2020, where he switched on-stage magic for crude mess. But the track doesn’t spear cancel culture the way you want it to.

The second half of the record shines, from the soft strums of ‘Push’ to the slow vocals on ‘Focus’, his antidote to information overload: “People keep talking shit / I cut through the thick of it”. Relationships, fame, and the loss of his baby brother all come under the light, and it’s a chance for Slowthai to channel admired artists like Elliot Smith or Thom Yorke. “I would rather be a David Bowie or a Daniel Johnston than a polished rapper,” he said recently, but ‘Tyron’ doesn’t push those creative boundaries. Nevertheless, on both sides the short tracks whir along pleasingly, elevated by glowing synths, ominous and unearthly.

Slowthai once complained that school failed to teach any truth about history and society. On ‘Nothing Great About Britain’ he adopted that role with relish and triumph. Retiring from politics puts the focus on his musical creativity, and though the record is split in two, it forms a jittery, dreamy, yet robust whole. But all the political vitriol of ‘Nothing Great About Britain’ seems condensed into the line “same old shit, just another day” on the track ‘NHS’ – dedicated to the health service, but if there’s a message, it’s too buried in lax introspection to have any punch.