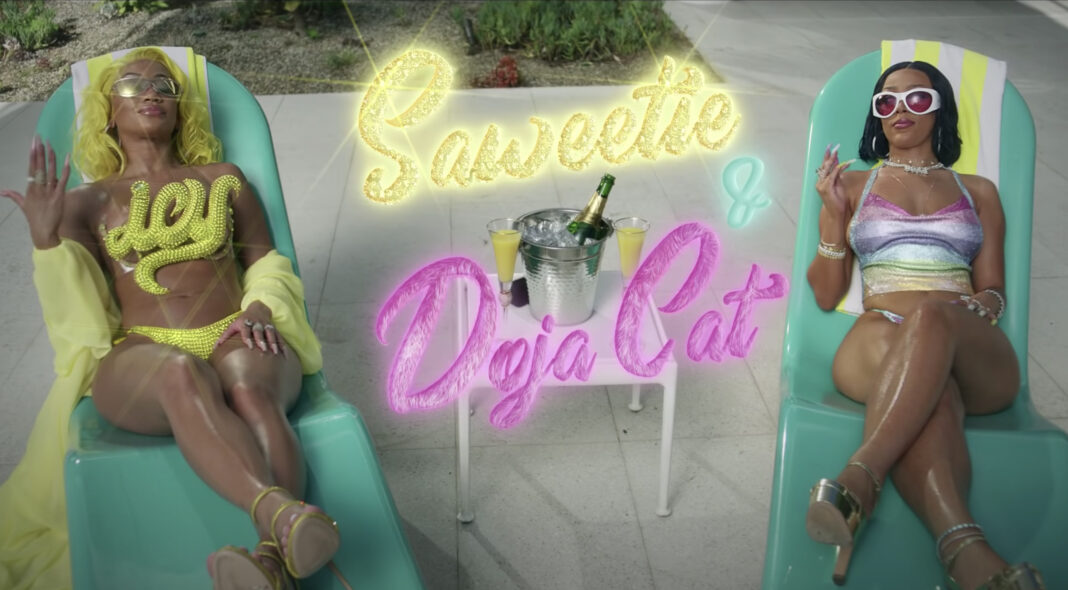 Kicking off this year with a much-needed dose of happiness to combat 2021’s special brand of January blues, Leeds/London collective Nubiyan Twist have released their new single ‘If I Know’, teasing what to expect when their third album, ‘Freedom Fables’, drops on March 12. On ‘If I Know’, Nubiyan Twist blend Afrobeats and jazz, with traditional, atmospheric vocals provided by K.O.G. It’s an energetic track about freedom of expression, and, in K.O.G.’s own words, ‘If I Know’ champions the message that “you should not bring people down, you should always encourage them”.

Taken from Saweetie’s upcoming debut album, ‘Pretty Bitch’, ‘Best Friend’ is a fun, playful ode to sisterhood. Complete with a strong, assertive bass, Saweetie and Doja Cat uplift each other in the lyrics “Bitch, you look goodt, with a T at the end/I’ma hype her every time, that my motherfuckin’ friend”, and throw punches with “Bitch, break her back, she protect and attack”. The accompanying visuals feature a hilarious, tongue-in-cheek start, with actor King Bach starring as a bothersome “nice guy”, ending with Saweetie and Doja Cat taking a Thelma & Louise-style dive into the sea.

Earlier this week, Viagra Boys released another single, called ‘Girls & Boys’, from ‘Welfare Jazz’, their new studio album. Produced by Matt Sweeny, Viagra Boys take us on a fuzzy, satirical journey on the danceable ‘Girls & Boys’, harking back to the days when we could all party, complete with a bit of mock scatting and Sebastian Murphy’s familiar, distinctive vocals. Whilst they don’t seem to have reimagined their sound too much since their first album, ‘Street Worms’, ‘Girls & Boys’ is an upbeat, facetious cut that’ll play well live.

Rhye’s stunning new single, ‘Come In Closer’, is taken from his third album, ‘Home’, out later this month. Supernal sounds introduce the track, captured from a rainstorm that took place in Topanga where Rhye was recording ‘Home’. Lush strings and bass circulate the cut, and Rhye’s gentle vocals make for a soothing, calming sound. The track is accompanied by an endearing music video that looks at “living without fear or inhibition, wild with the joy of simply being”, following the relationship between two young siblings as they explore their surroundings.

Black Honey’s new single ‘Believer’ is a cinematic, euphoric look at religion, and in lead vocalist Izzy Bee Phillips’ own words, “a religious satire that was eye rolling at all the patriarchal nonsense of spiritual sense of self”, an obvious theme in the lyrics “I found where I belong, I was blind but now I see”. Religious iconography and a deserted Mexican village set the scene, in their music video, for this critique of the patriarchy, which is a strong theme on their upcoming album, ‘Written & Directed’.

Listen to these and more new songs on the playlist!