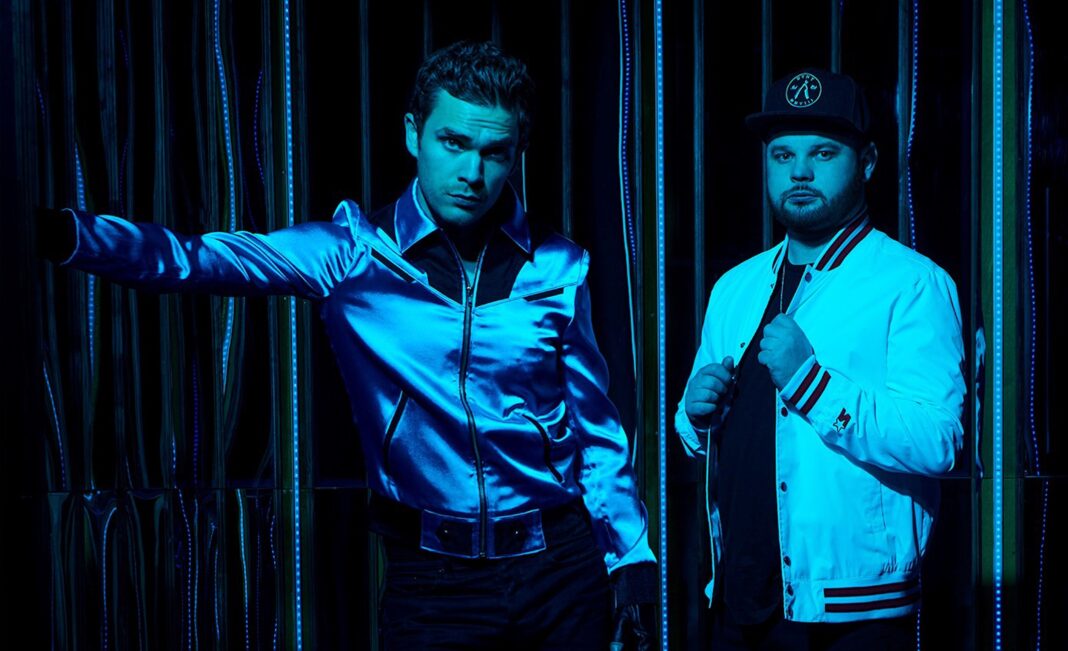 Mike Kerr shakes off the shingle from his bass on Royal Blood’s third offering ‘Typhoons’, which finds the rock band chasing a cleaner, groovier sound via added synth and falsetto. But the Brighton duo are not Daft Punk reincarnate: they’ve merely salvaged Thomas and Guy’s abandoned garb for a different purpose, zipping the twenty-first-century mainstream rock scene into their sleek suits.

Across their previous two chart-topping albums, Royal Blood followed the stadium-sized footsteps of heavyweights like Kasabian and Muse, carrying nothing but a drum kit and a distorted bass guitar to bring their bluesy, riff-driven noise. Think Fifa soundtracks and Radio 1 playlists: a competent, solid sound, with all the guaranteed satisfaction of a meal at Nandos.

By album three, though, the band itched to escape both the algorithm airplay of a turgid rock scene, and the readily available temptations of the rock’n’roll lifestyle. The new record’s lyrics read like a sobriety 101 handbook: “I let my demons take hold”, “too close to the sun”, “numb the pain” …you get the picture. All of which isn’t to dismiss the very real ordeal of substance abuse. ‘Typhoons’ hides these ugly battles beneath a glossy, upbeat veneer: an album of soberbangers, if you will.

That MO requires both disco shimmer and the earnestness of rock, which is why the record’s slight identity crisis works. Is opener ‘Trouble’s Coming’ a heavy blues rocker or a bleepy dance number? Both! The band’s expanded toolkit results in more complex production, and some nice adornments. ‘Limbo’, for example, explodes into muffled dissociation – recreating that moment when the drink or drugs pushes you into a dangerous beyond – before landing back into a steadier beat.

The rock robots sometimes stumble: the bass hook on Josh Homme-produced early single ‘Boilermaker’ quickly becomes repetitive, while ‘Who Needs Friends’ offers company more draining than the leeches, cheapskates, and vultures it condemns. And deliberate outlier ‘All We Have Is Now’, the final track, doesn’t deliver the desired emotive punch – it’s just a sensitive piano ballad accidentally tacked on to a stadium rock playlist.

‘Typhoons’ provides no radical change, and that coagulated playlist feel defines much of the album. Familiar territory, then – but repackaged with enough dexterity, swagger, and sheen to convince listeners, providing a sound big enough to burn off a year’s worth of pent-up energy.