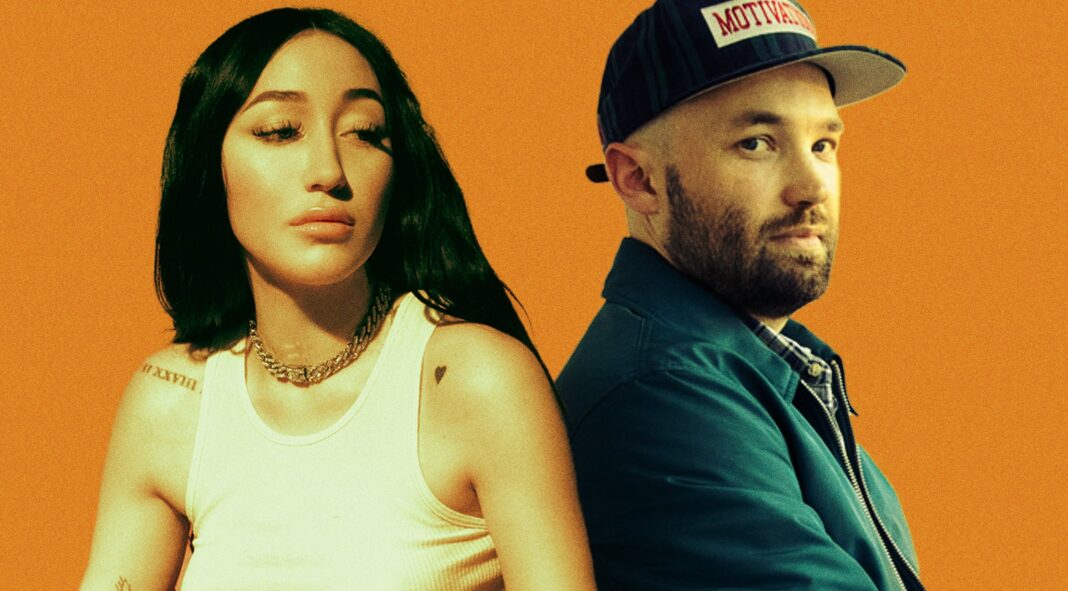 It’s tricky enough figuring out your true self – let alone when your identity’s been decided for you since birth by way of your surname. Noah Cyrus has tried out all the fits: seguing from acting and horse-riding into music, via all-out pop, gospel, country schmaltz, and collaborations with Labrinth (on her 2017 debut single ‘Make Me Cry’), Lil Xan, and XXXTENTACION. Last year, on her second EP ‘The End of Everything’, she sang, “My sister’s like sunshine … And I was born to rain clouds.”

But that EP landed on a style that seemed to stick: melodic, acoustic pop with slick minimalist production and a Nashville twang impossible to paint over. She hit upon a winning creative partnership in the process. Australian producer and writer PJ Harding, who’s worked with Lil Nas X and Bebe Rexha, co-wrote and co-produced many of the EP’s tracks, including hit single ‘July’.

Now Harding’s back on board as a full band member on their collaborative EP ‘People Don’t Change’, and his smooth, coffee-shop-folk tones drive Noah’s chosen acoustic pop direction home. “It felt special to go back to my roots and make something with guitar and piano like what my dad made me listen to as a kid,” Noah says in a press release. “I could be who I am at the core—which is just Noah from Nashville.”

Of the EP’s six songs, Billy Ray’s record collection appears most clearly on ‘Slow Train Comin’. Like a big shiny signpost indicating Noah’s swerve from edgy pop, the track’s title pays homage to Bob Dylan, along with its repeated line, “You’re gonna make me lonesome when you go”. The simple folk arrangement buys into classic Americana railroad imagery but doesn’t traverse new ground – if anything, it just provokes a desire to go listen to some Dylan.

Sporadic swells of slide guitar interrupt the mostly sparse production, while the final third of ‘You Belong To Someone Else’ spurts into a bout of whistling like you haven’t heard since Bob Sinclar’s ‘Love Generation’, giving it the feel of a noughties relic unearthed from a half-forgotten TV soundtrack. Meanwhile, ‘Cannonball’ opens with cinematic piano that almost belongs to a Studio Ghibli score (fun fact: Noah voiced titular character Ponyo in the English dub of the Studio Ghibli film) then falls into a waltzing articulation of a tired, expired relationship.

‘The Worst Of You’ pursues that maudlin theme – “living fast and dying slowly, just two cold and lonely bodies nothing more” – but hurriedly backtracks on the negativity in the coda: “I’ll always love the worst of you”. These romantic platitudes occasionally cloy, but generally the songwriting lifts the EP out of total coffee-shop-playlist territory. Lines like the bouncy, “So I take all of my all of my all of my / Wasted love / And turn it into wine into wine into wine / In my cup”, or the highly quotable “it’s easier to let a heart wait than make a heart break for you” possess an unmistakable pop gleam.

The duo’s voices sit nicely together, and their easy-on-the-ear harmonies recall contemporary American folk duos like Mandolin Orange and The Civil Wars. At times, Noah’s accomplished singing feels stifled by the smooth, digestible production: the EP passes by without ruffling a single hair.

Clearly, this is competent folk-adjacent pop intended for a streaming audience – no raggedy Dylan enigma here. But ‘People Don’t Change’ is catchy and well-executed, and leaves you with the sense that Noah Cyrus could quite easily be a wolf in sheep’s clothing.