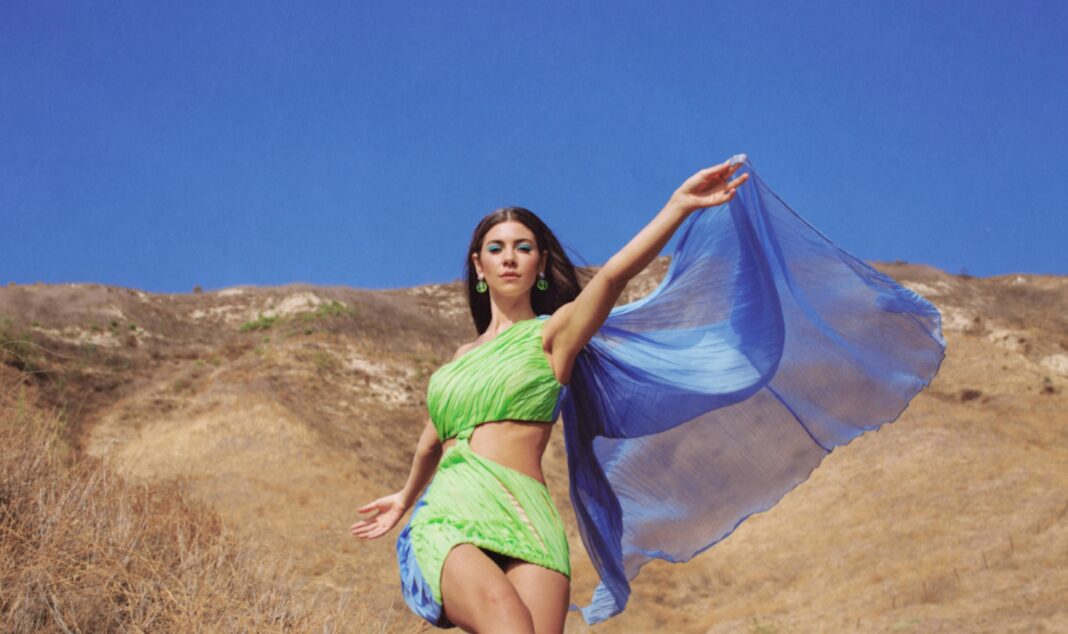 “Why be a wallflower when you can be a Venus fly trap?” – a highly Marina-style question posed on the second track of her new album – and a question raised by the mellow non-Marina conformity of her previous album, 2019’s ‘Love + Fear’. Sure, that record was successful, but washed-out wallflowers and mild truisms don’t suit Marina. She’s a popstar put on this planet to trap listeners with sticky, playful charm: once a bubblegum bitch, always a bubblegum bitch.

Her fifth album, ‘Ancient Dreams In A Modern Land’, reasserts some of the wide-eyed delight of early Marina: the British artist who gushed onto the scene in 2010 replete with diamonds and a glistening soprano. Marina’s always shimmied at the fringes of pop, her career a tug between her theatrical indie identity and mainstream interest. ‘Electra Heart’, her second record, played by the major label rules in order to break them, a cult figure sneaking into a commercial land.

Between ‘FROOT’, her third and most independent record, and ‘Love + Fear’, Marina dropped the ‘Diamonds’ from her name. She sticks with the slick mononym on ‘Ancient Dreams’, but in everything else – gaudy-but-great cover, juicy vocals, plentiful lyrics – the new album feels far more like a natural successor to ‘FROOT’.

The ten tracks of ‘Ancient Dreams’ possess, according to Marina, “a yearning for a focus on the feminine”. That’s really the only bit of string offered to tenuously tie together the album’s two disparate selves: bouncy worldly empowerment and domestic break-up ballads.

The titular opener falls into the former category, a turbo-charged track with a loopy, addictive chorus and lacings of Britney’s ‘Womanizer’. ‘Purge The Poison’ is similarly breathless, with lyrics that sometimes verge on girlboss feminism: “All my friends are witches and we live in Hollywood / Mystical bitches makin’ our own sisterhood.” (Coming to a Paperchase notebook near you.)

Squeezing in global issues Billy Joel-style, the track lists poisons of a racist, sexist, capitalist, and polluting nature, while ‘New America’ takes blunt, specific aim. In the hands of other popstars this might be especially zeitgeist-tickboxy, but Marina’s always taken some kind of political stance. Truthfully, ‘Hollywood’, from her debut album ‘The Family Jewels’, offers a more accurate reflection of the British finger-pointing fascination with America’s problems: “I’m obsessed with the mess that’s America”.

‘Highly Emotional People’ skewers boys-don’t-cry masculinity, albeit with some lovable lyrical clunk: “Life is a game that the universe plays / We are the pieces in a puzzle called fate”. Her song-writing is stronger when she drops the universalisms: in the album’s second half, Marina becomes a Highly Emotional Person. Global heartbreaks are forgotten as ‘Ancient Dreams’ pivots to full-on break-up record (Marina split from her long-term boyfriend, Clean Bandit’s Jack Patterson, earlier this year). ‘I Love You But I Love Me More’ blends guitar riffs with soprano pop to early-ish ABBA effect, while piano ballads ‘Flowers’ and ‘Goodbye’ centre her vocals in a genuinely fresh, new way.

In the manner of a great break-up glow-up, Marina’s swapped London grey for California lustre. She’s chucked out Scandi-bland furniture in favour of camp flamboyance, lukewarm production for something lush. She’s no longer starved of colour or personality – her true weapons of empowerment. The Venus fly-trap licks her lips and grins: “I did it my way.”