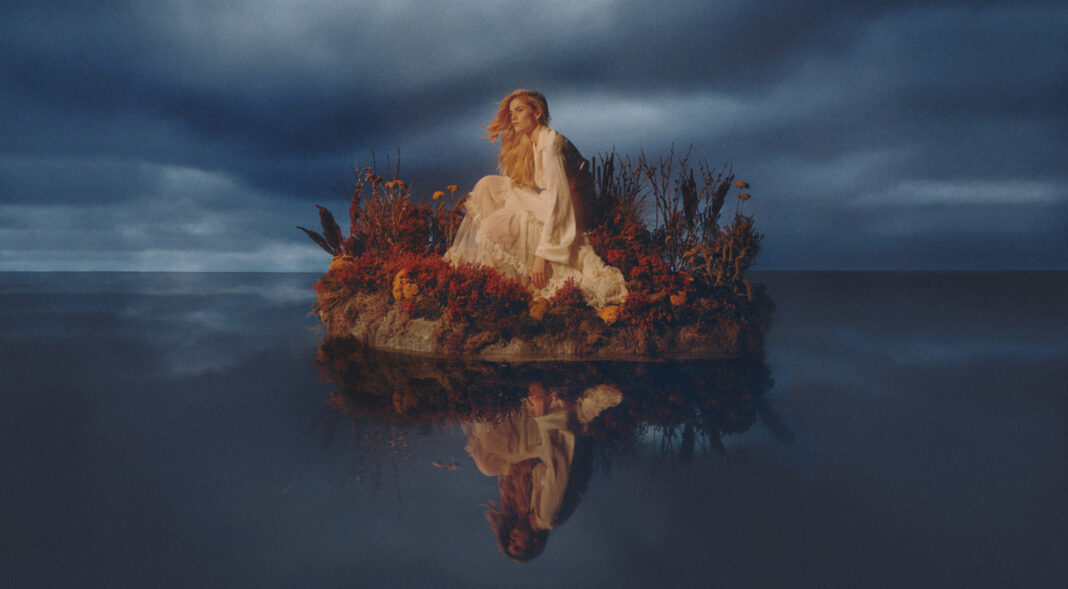 London Grammar make easy listening music, or so you’ve been led to believe. The definition isn’t wildly off: it is eminently easy to listen to the electronic band’s ambient soundscapes and Hannah Reid’s ethereal vocals as they wash up gently on the shore, but it does ignore the deceptively strong current capable of pulling you under. There’s a lot of drama bubbling away beneath London Grammar’s surface.

In the four years since their second record ‘Truth is a Beautiful Thing’ was released, London Grammar nearly disappeared under that wave completely, as frontwoman Hannah Reid grappled with the unrelenting and exhausting misogyny of the music industry. While searching for solid ground, the band settled on ‘Californian Soil’ – noticeably unfamiliar in some ways, but a self-assured new home. It’s an album with more overt pop inclinations than you might expect: the most upbeat collection of tracks from the band so far, complete with bass drops and finger snaps. There are slight stumbles as they venture beyond their characteristic sound, with the recent single ‘How Does It Feel’ sitting awkwardly like an ill-fitting chart-pop suit, but ‘Californian Soil’ is a broadly inviting and compelling offering from an evolving band.

Lyrically, London Grammar have always opted for personal and quietly poetic musings that reflect something bigger, with a debut record that spoke of the generational angst in your twenties, “wasting my young years / it doesn’t matter if I’m chasing old ideas”. New songs such as ‘Lord It’s A Feeling’ are most indicative of their songwriting growth: the stories are still deeply personal but they’re now bolstered by a “shoot from the hip” confidence that matches the power of Reid’s vocals. When she sings “I saw the way you laughed behind her back / When you fucked somebody else” over atmospheric synths, there’s very little space to misinterpret her sentiment.

The track does what London Grammar do best, always teetering on the edge of a storm before the first thunderclap arrives. There are moments of wishing that the record’s production could hold court in the same way that Reid’s vocals can – commanding and vulnerable – but there are still bold creative choices on show, particularly when it comes to the lush orchestration and haunting choral backing. Standout single ‘Lose Your Head’, which was co-written with electronic producer George FitzGerald, has the cinematic resonance of early London Grammar tracks like ‘Strong’ and ‘Metal and Dust’. Meanwhile, the similarly vivid title track grooves to a satisfying conclusion, with a riff that’s a dead ringer for Massive Attack’s ‘Teardrop’.

A shot of catharsis comes during ‘I Need The Night’, a yearning for carefree nights with friends drinking into oblivion, along with “a whisper that our God is a she”. The simple request – “I need the night / And I need this drink / Will you sit with me / And bring all of your friends” – is especially resonant during this moment of two-hour appointments to see friends until the sun goes down or the freezing wind picks up. London Grammar want to “chase the morning light / ‘Till all of this ends” and you’re quite content to sit with them.