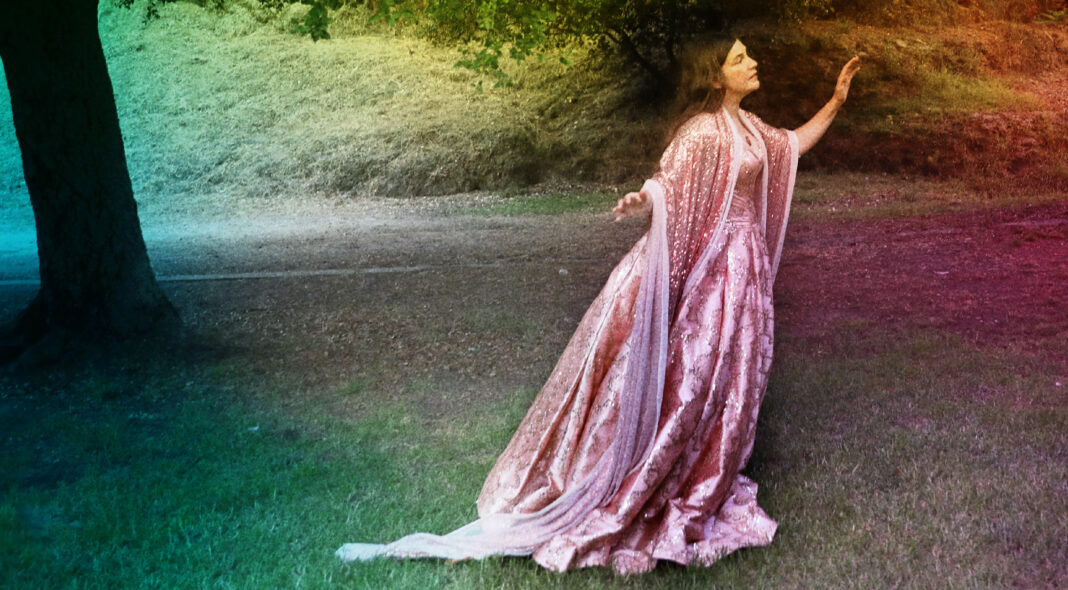 You know how some songs sound like Christmas songs, but aren’t? ‘Now Is The Time’, the third album from LA folk-ish band Lavender Diamond, fits that category. It’s the kind of record you’d put on at a December gathering if you didn’t want to be obviously festive – because it’s not really about Christmas at all, despite the bells, soaring vocals, and messages of unity. As the title suggests, ‘Now Is The Time’ has a more urgent agenda: to lift listeners out of despair and into positive action.

Accidental festivity: easy territory to stray into for indie bands born in the noughties, an era of sixties-inspired harmonies, fuzzy wall-of-sound layering, and a fuck-load of bells. On their first two records, 2007’s ‘Imagine Our Love’ and 2012’s ‘Incorruptible Heart’, Lavender Diamond shared the sweet indie pop of Best Coast, The Concretes, and Camera Obscura, to critical acclaim. But then frontwoman Becky Stark threw in the towel, switching music for climate activism. The environmental effects of touring weighed too heavy on her heart.

As the decade grew globally fraught, however, Stark’s urge to make music returned – resulting in ‘Now Is The Time’. The new album features former Red Hot Chili Peppers guitarist Josh Klinghoffer, Sasami, and Stark’s partner, Nate Walcott of Bright Eyes. Stark accompanied Bright Eyes on their recent Tiny Desk performance and Lavender Diamond were set to play shows with them this year, before covid stifled everything.

Like many records written pre-pandemic, ‘Now Is The Time’ acquires new relevance – song titles like ‘Look Through The Window’ are highly quarantine-appropriate – but its environmental focus stays sharp. Alongside references to the natural world, phrases like, “And everything is falling now / And the new way is found” expose a utopian spirit, a sun shimmering above the horizon after a long dark night, though lines like “please plant the seeds of peace with me” feel as if you’ve spent too long in Glastonbury’s Healing Field. Stark’s haiku-style lyrics sometimes work – “So grew the sea / From eyes that weep / So endlessly” – and other times veer dangerously close to ‘live laugh love’.

The album’s eleven tracks seem longer than they are: Lavender Diamond’s melodic, theatrical pop hooks have faded to a folkier, jazzier sound that may be harder to penetrate for fans of their earlier work. Orchestral arrangements, high breathy vocals, and soporific lyrical repetition overwhelm any elements of pop. But the record has its moments. ‘New Religion’ parachutes in some noise to shake things up, ‘This Is How We Rise’ sounds like the start of Donna Summer’s ‘Macarthur Park’, and ‘Straight Through The Night’ picks up those aforementioned sleigh bells, while the military drum beat of final track ‘Calling On My Nation’ ends things on a stirring call to action.

If your Spotify Wrapped left you wondering what on earth ‘chamber psych’ is, ‘Now Is The Time’ might be one answer. The record pins orchestral folk and jazz onto indie pop, stretching the genre beyond recognition, and challenging its audience to stick around. Stark’s airy vocals risk buffeting away any urgent messages of activism, and Lavender Diamond’s previous, catchier albums might do a swifter job of uplifting listeners – but ‘Now Is The Time’ is strangely compelling, hell-bent on reminding you that optimism isn’t just for Christmas.