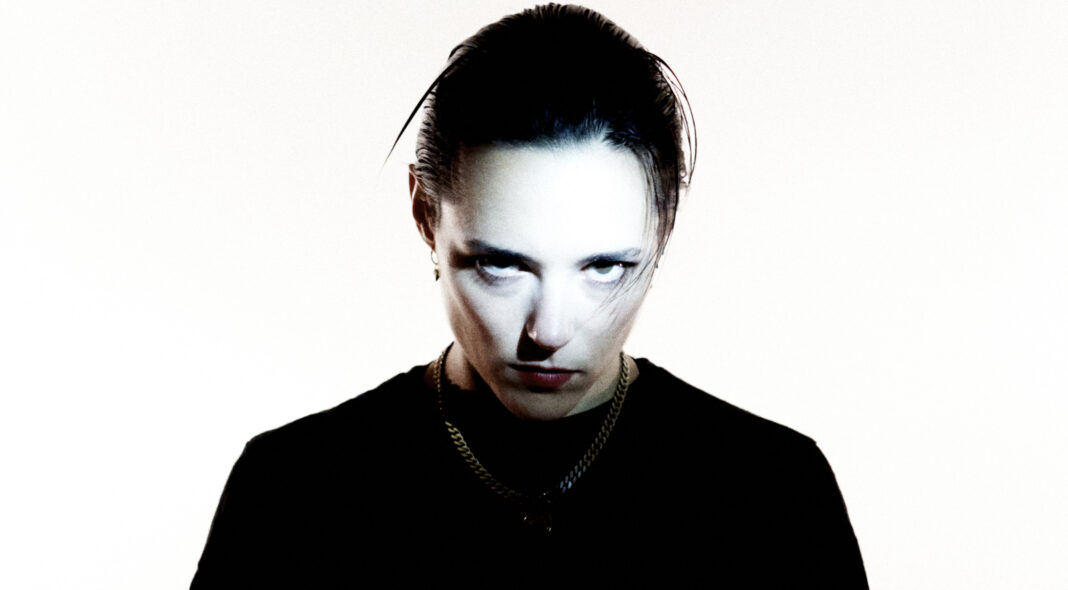 Throughout lockdown, Jehnny Beth has made a name for herself – not as a post-punk band ringleader this time, but as a sordid storyteller. Each week, the French singer hosts readings from her forthcoming erotic book C.A.L.M: Crimes Against Love Memories on Instagram, with each reading is preceded by a familiar, friendly greeting. “Welcome to another meeting of the perverts” Jehnny Beth grins, before advising anyone in earshot of family members or small children to pop on a pair of headphones. What follows is a graphic sex story from her upcoming collection of writing: and thematically, the stories toy with gender, sexual fantasies, kink, and sexual liberation. Afterwards, the musician opens the floor, interested to hear listeners’ different interpretations. And in terms of its open approach,‘C.A.L.M…’ serves as a fitting companion to Jehnny Beth’s far-reaching debut solo album ‘To Love Is To Live’ – less concerned with unearthing an underlying message, and more focused on harnessing the joy of exploration itself

Drawing influence from the raw honesty of David Bowie’s final swansong album ‘Blackstar’, Jehnny Beth set out to make the kind of record that would outlast her if she died: sonically summoning shades of Portishead and Nine Inch Nails (it’s produced in part by Atticus Ross), and also drawing surprising influence from Beyonce’s self-titled album (the fragmented blend of genres, Beth said in a press release “weirdly freed me from the codes of what one can do or cannot do.”) And indeed it shows that legacy was on Jehnny Beth’s mind as she made it, because ‘To Love Is To Live’ is an album that tells us far more about who she is. Writing love songs for women, she has explained, was especially liberating after years of struggling with how to articulate bisexuality.

Unlike Savages ‘Adore Life’, this record is a less forensic examination of love and sex – though that record delved into similar subject matter, ‘To Love Is To Live’ couples that same lust with an intense intimacy, and a craving for something more substantial, closer. In a clattering blaze of ricochet snares, ‘I’m The Man’ crashes through town with thumbs stuck defiantly into pockets – ”I’m a man/There’s no bitch in town/Who doesn’t understand/How hard my dick can be” boasts Jehnny Beth with a muffled snarl. “My skin is wide open,” she breathes on ‘Flower’, punctuated by percussive moans that recall Sébastien Tellier’s erotic synth-pop record ‘Sexuality’ – “how come I can’t get closer?” And ‘French Countryside’ paints another kind of love song, this time addressed to where the musician grew up.

Particularly in association with her band Savages, there’s a perception that Jehnny Beth and her black-clad bandmates are a scary bunch: adjectives like “frosty” and “chilly” have followed the artist throughout her nine year tenure with the band. Journalists had a habit for focusing on their steely expressions; the written equivalent of ‘give us a smile, love’. It’s also a perception that stems from the way that society is intimidated by strong and sexually-liberated women, and ruffled by their determination. Though she’s steadfast in her vision, an intense figure when performing on stage, and bold in her expression, Jehnny Beth also has a cuttingly dark sense of humour, which is usually overlooked.

With Savages’ 2016 album ‘Adore Life’ larger glimpses of this playful streak peeked through in bursts of canned laughter, tip-toes into rock opera, and the standout lyrics of ‘When In Love’ – “I hate your taste in music,” Jehnny Beth spat with derision. And on her first solo album this wit and curiosity is clearer still: evident from the wide-ranging sonic exploration, to her explorations of love, sex, lust, and desire.