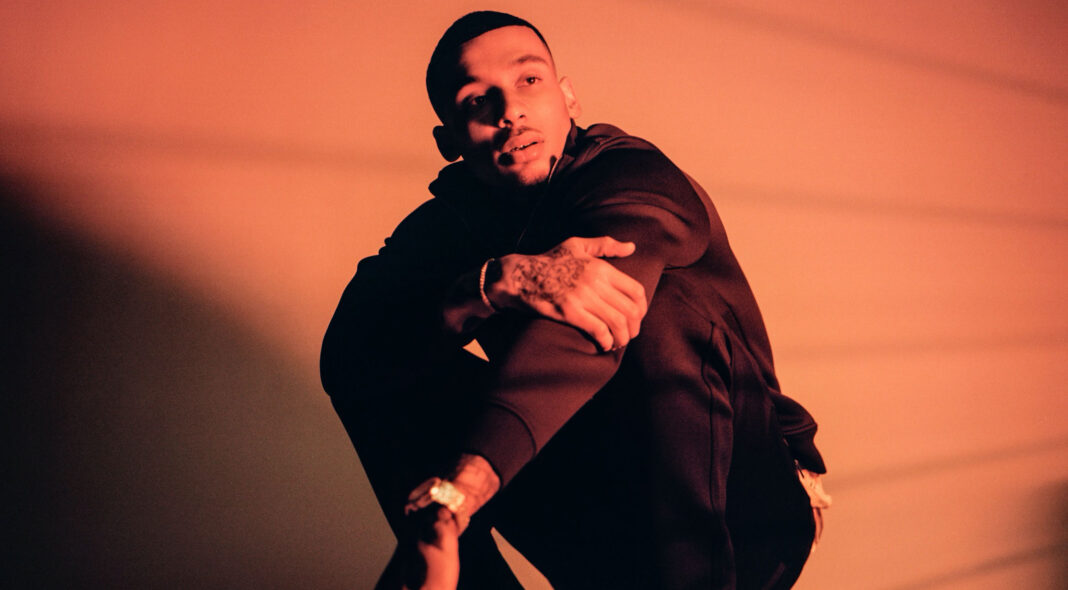 It’s no secret Fredo likes to shop in Harrods. His fondness for the luxury London store is almost as renowned as his knack for terse truths. Since the shopping habit strayed into meme territory, however, he felt compelled to state in a 2019 interview, “I’ve spent more money on helping my friends in prison than in Harrods”. And on the west London rapper’s second album, ‘Money Can’t Buy Happiness’, he settles it: “Harrods is cool, I pop in for fun, but there’s nothing I like more than shopping for guns.” He may be a star these days, but his heart remains on the street.

The particular street in question – Third Avenue, Fredo’s childhood home in west London and name of his debut album – had a 100% child poverty rate during his youth. “Most things I rap about are just what I been through or reality for me and my friends,” he explains in the promo for ‘Money Can’t Buy Happiness’. Violence, drugs, gangs, car chases: Fredo depicts his experiences with dark, glinting beats and frank wordplay, confession and braggadocio tuned through a slowed-down BPM that fits his soft-spoken demeanour offstage.

In 2016, as Fredo paced floors in prison on remand, his first track ‘They Ain’t 100’ began to pave out a very different kind of future. “Came out of jail to a mic and a stage,” he rapped on his second mixtape, recognising on his debut album that “this rapping really saved me”. In fact, rapping did more than that: via a Number One hit with Dave on ‘Funky Friday’, Fredo shot straight from streets to stardom.

After his baptism of fire, ‘Third Avenue’ was a focused rather than flashy move to conquer the burgeoning UK rap scene by heeding to the basics. And with a lead single titled ‘Back To Basics’, on his second album Fredo seemingly digs his heels into the same tarmac. But though the record covers familiar ground – gang rivalry, money, women – Fredo also documents the jolting effect fame has had on his world.

And his work: ‘Money Can’t Buy Happiness’ features Dave as executive producer, and an impressive guest list comprising of Summer Walker, Young Adz, and the late Pop Smoke. The latter two congregate on ‘Burner On Deck’, a track that pays decent homage to Pop Smoke despite lines like “original just like a Werther”, some ugly coughing, and Adz’ usual vacant auto-tune. Walker’s track wins, though: ‘Ready’ samples Fugees’ ‘Ready Or Not’ to catchy success. It’s almost too good for the rest of the album.

It’s tricky to stand out in a genre that’s growing at pace. But a certain homogeneity that lingers across ‘Money Can’t Buy Happiness’ – a criticism also levelled at ‘Third Avenue’ – actually feels like the work of an artist who doesn’t need to rely on snappy TikTok-style tricks to tell his story. ‘I Miss’ depicts Fredo’s previous life without an ounce of romanticism, just stark lines that go for the gut: “I miss when you would answer the door”. Grief-stricken final track ‘What Can I Say’ pays tribute to lost friends, from prison time (“We done Feltham and Parva”) to fatherhood (“Your daughter’s ’bout to be born and you’ll never get to see your girl / I just turned a father so it hit me a lil harder”). Add to that the underlying gothic spangle, and the record makes even the bleakest Scandi crime show seem like Sesame Street.

To document street life without staying stuck in it, both in music and real life, is a tough gig that Fredo hasn’t wholly mastered, but his fixation on solid narration could be his ace card. Like its predecessor, ‘Money Can’t Buy Happiness’ is a concise affair. The select feature list and continued neat control suggest Fredo’s not just a good rapper but a good editor, whittling down songs until only the finest remain – much like his taste for shopping. And there’s more happiness in honing your skills than in visiting Harrods.